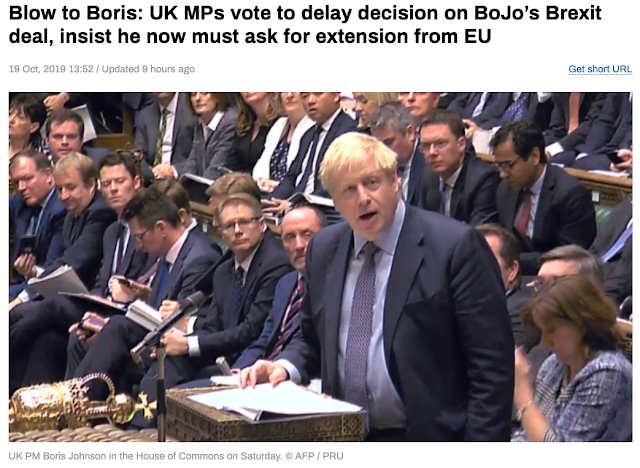 In a defeat for Prime Minister Boris Johnson, UK MPs passed an amendment delaying approval of his deal with the EU. Lawmakers also want Johnson to apply for yet another Brexit extension, which he rejects outright.

The amendment laid down by former Conservative Cabinet minister Sir Oliver Letwin has been passed by the House of Commons by 322 votes to 306. It means that Parliament withholds support for Johnson’s deal with the EU until formal ratification legislation, known as the Withdrawal Agreement Bill, is passed by MPs in the lower house and the Lords in the upper house.

This led to the crucial Brexit vote not taking place on Saturday at all and it’s yet unclear when the MPs will return to the matter. The government wanted to put the deal with the EU to another vote on Monday, but House of Commons Speaker John Bercow said that he would only decide if he’ll allow that to happen at the start of the week.
https://www.rt.com/uk/471315-letwin-amendment-passes-brexit-deal/ 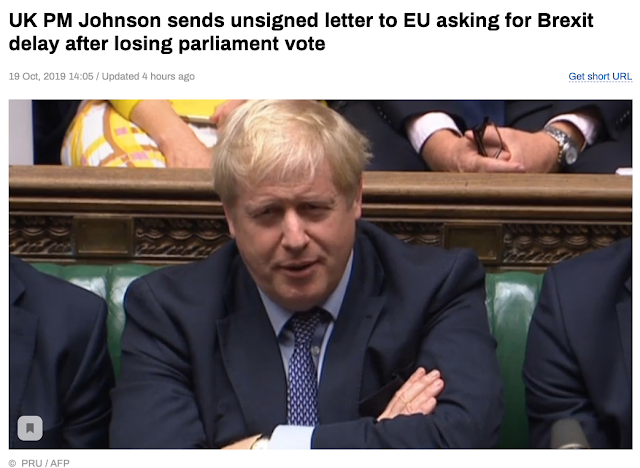 British Prime Minister Boris Johnson stands by his vow to leave the European Union by October 31, even though he sent an unsigned letter to EU officials seeking a delay, after Parliament voted to withhold support for his deal.

“I will not negotiate a delay with the EU, and neither does the law compel me to do so,” Johnson told Parliament after the passage of the Letwin amendment, an addition to Johnson’s proposed deal that would withhold support for the plan until legislation required to pass the bill is passed by Parliament as well. 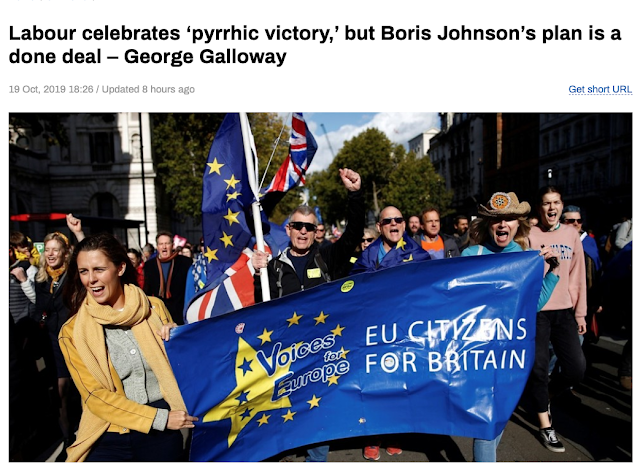