The government of Lebanon has issued an urgent cry for help from the international community as its emergency services have been caught unprepared while trying to battle over 100 fires which have spread throughout the Chouf region of Lebanon, south of Beirut, forcing mass evacuations of homes and at least one firefighter's death.
"Fire engines were overwhelmed by the flames in the Mount Lebanon region early Tuesday," The Washington Post reports. The report notes the fires have reached into three provinces of Syria as well helped in part due to a "heat wave hitting the region and strong winds helped intensify the fires in pine forests".

Lebanon's Minister of Environment, Fadi Jreissati, has blamed the still raging fires on arson and is calling for "severe punishments" if the perpetrators are apprehended.

Prime Minister Saad Hariri said he's called on the international community for help, with Cyprus and Greece already reported to have sent aircraft to help extinguish the fires. Hariri also vowed those behind it would bay "pay a heavy price".

The Lebanese Army is said to be spearheading response efforts alongside over one hundred firefighters and additional volunteers to put the fires out, fueled by an especially dry season.
Many homes in the Chouf mountains of densely populated central Lebanon were gutted by the forest fires.

Pray For Debbeih ! Pray for #lebanon

3,087 people are talking about this
Meanwhile controversy and finger-pointing has erupted over a slow government response, with former Minister Major General Ashraf Rifi tweeting, "Firefighting aircraft are without maintenance, while the extravagance of the public funds is not affected. We call for a state of emergency to control fires."

Lebanon is burning.Probably the biggest fire this country has seen.
Houses have been destroyed, acres of trees have been razed..
We dont have the necessary equipment/tools to fight the raging wildfires
We need international help
Share the message & #PrayForLebanon #لبنان_يحترق 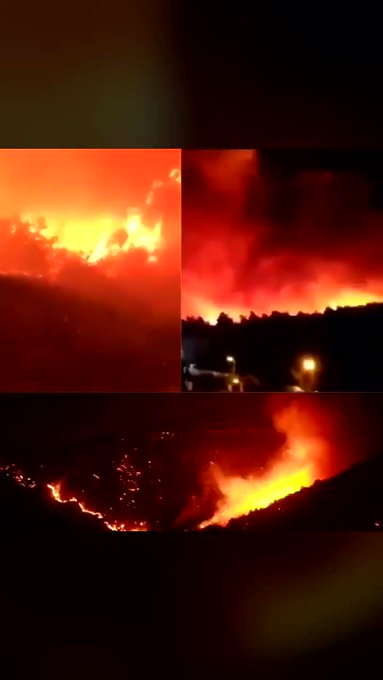 7,969 people are talking about this
Many residents were suddenly awoken Tuesday morning to find fires fast approaching their homes from over the pine mountains. 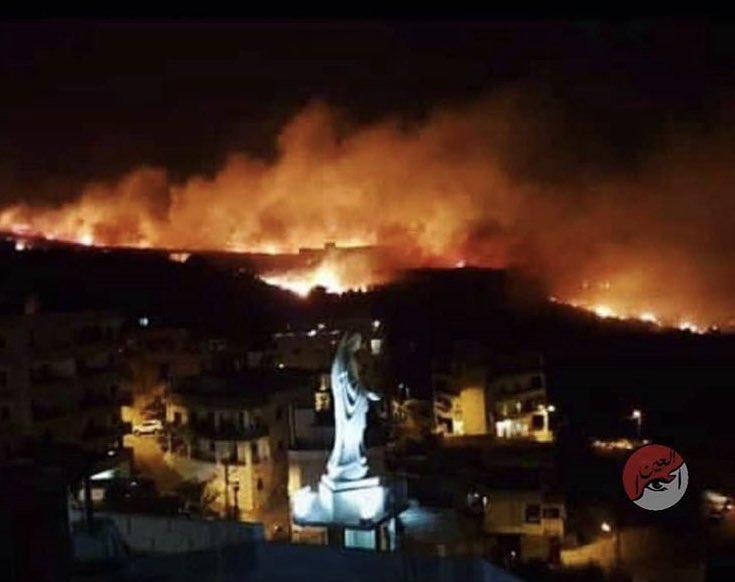 "At the hands of Interior Minister Raya Al-Hassan and the state apparatus of civil defense, internal security forces, army and citizens were recruited to extinguish fires," added Rifi, angry that proper emergency funds were not utilized.


Lebanon's The Daily Star has described the emergency as "the worst fires in decades". 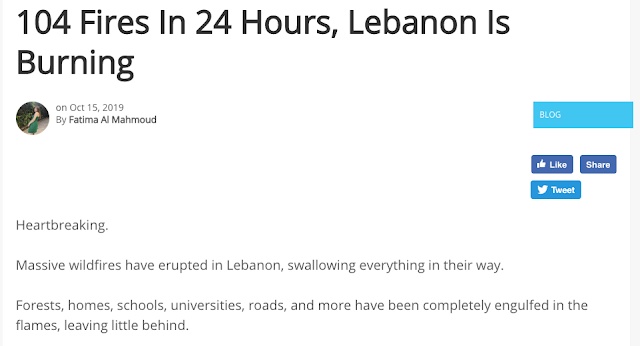 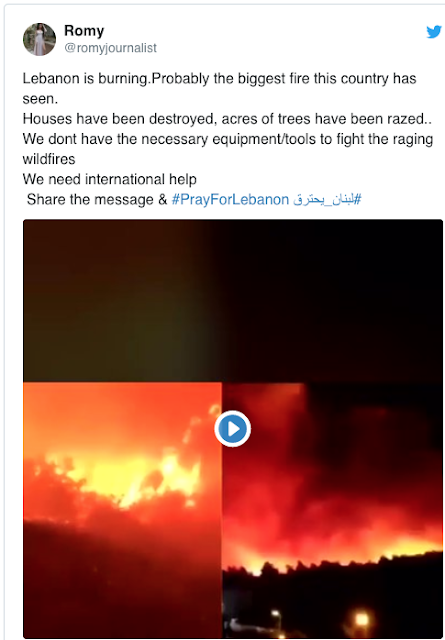