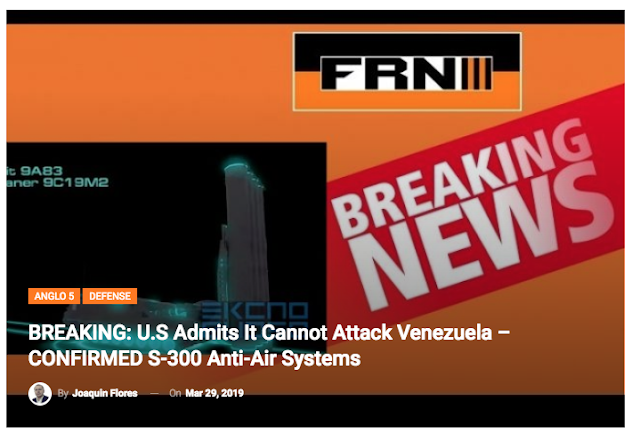 WASHINGTON – The U.S State Department special operator for Venezuela, Elliot Abrams has revealed that Venezuela is already in possession numerous highly effective S-300 (Antey 2500 version) systems. This makes a military campaign against Venezuela highly unlikely, given the high-importance of air-cover for any boots on the ground, and the high effectiveness of the S-300 system. It also explains the decision of OAS member states Columbia and Brazil not to resort to military intervention against the Bolivarian Republic – a jungle war without air-cover would be extraordinarily costly in terms of casualties and the resulting social and political unrest. While the U.S military has known of this, until Abrams statement today there was a reluctance to report the problems posed by this, amid Trump’s war-drums surrounding his alleged ‘all options’ approach to Venezuela.
READ MORE: MAJOR: Russian Troops Land In Venezuela – Show ‘Red Line’
Previously, FRN relayed a report from a private Israeli satellite giving the locations of the S-300 systems then believed to be in movement to strategic locations. While the source was questionable regarding alleged piece movement, it led to some confusion as to whether Venezuela indeed possessed the systems at all.
READ MORE: MAJOR: Has Venezuela Deployed Five S-300s To Thwart U.S Air Attack? A 2010 Transfer Is Likely

CSS analysts are of the opinion that the U.S military’s knowledge of Venezuela’s relatively advanced anti-air capacities are one of the factors behind the now infamous Abrams confession that the U.S has no plans to ply a thorough military campaign against the Bolivarian socialist nation.

READ MORE: BREAKING: FULL AUDIO – Elliot Abrams DUPED Into FULL CONFESSION Of U.S War & Theft Plans For Venezuela
In short Venezuela has at least six systems now operating, each system can target nearly 25 advanced fighters or attack planes simultaneously. This means that the Venezuelan anti-air forces could target 150 U.S fighters, bombers, attack planes, and even ballistic missiles simultaneously. With a hit rate of about 85%-90%, the U.S could expect to lose upwards of 130 planes in a sortie unless the SAM systems were overwhelmed. However, the U.S possesses about 1800 fighters and attack planes in its entire arsenal; many of these are deployed around the world and could not be used all to attack Venezuela, for numerous reasons including vulnerability and logistics. 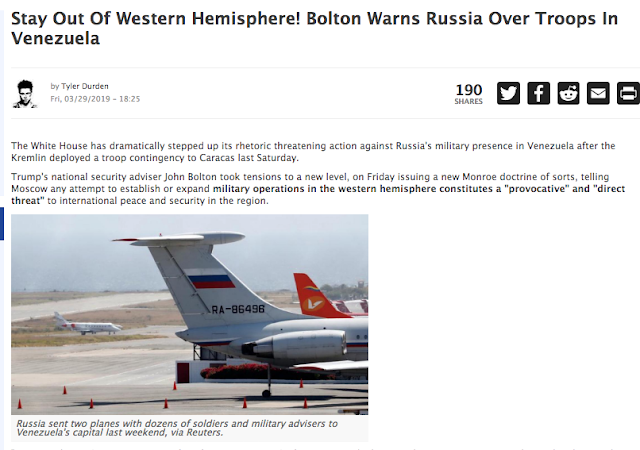 Stay Out Of Western Hemisphere! Bolton Warns Russia Over Troops In Venezuela