A timeline of the Christchurch shooting 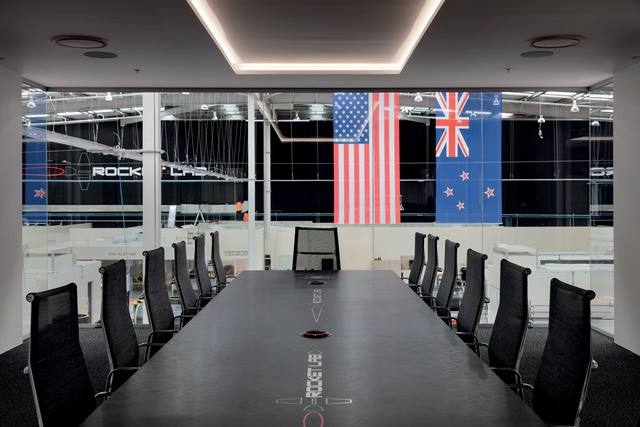 Hi Glen I am from New Zealand and a couple of things you might want to look at ( I will keep it brief) - I apologize in advance butchery of the English I am a tad dyslexic at the best of times and have had little sleep since March 15th so excuse my typos in advance. I am sending you this as to be blunt I am one of the tin foil hat conspiracy theorists (except I don't believe Podesta eats babies and Elvis was not an alien, but the Clinton's did leave a lot of bodies in their wake ) will that how some see me anyway.

I'm posting this on my Facebook page and encourage all readers who feel my concerns are real to cut, paste, share on your own pages, website, Youtube and give you permission to do so in addition to sending this to Glen's email as will

Here my recent activities at Waihopia (see also Vidgen Waihopai - my clips are a bit crap,quality wise, I am afraid).
https://www.stuff.co.nz/…/annual-waihopai-spy-base-protest-…

And while I know you have no interest and are probably bored of such stuff (so I wont go there) there is some interesting back ground I think people need to know which will fit with the stuff you cover and can be package acceptable to MSM.

2008 NZ is visited by both former President Obama Barak and Hillary Clinton visit NZ/Australia visits facilitated by US NZ Business Council & US NZ Chamber of Commerce.

January 2019 NZ Mahia Peninsular becomes a launch site for US Defence projects part of an overall escalation of US activity in the Pacific out to match/block perceived Chinese expansion. The enterprise Rocket Lab is associated by Fay Richwhite Investments (who are buying up land in New Zealands mineral rich East Coast of North Island ).

March 7th (precise date not confirmed) John Podesta in New Zealand. Its not stated in NZ press why Podesta in NZ

Does state New Zealand is a "juicy" cyber target for influence in our 20/20 elections. Podesta then departs for Australia. Speaks at talk hosted by Chifley Research Center whose website states;

"The Democrats have taken a battering in recent years but the signs are they are fighting back. This event is an unique opportunity to ask how they and other center-left parties around the world will turn the tide. What’s their plan to win? And what big battles lie ahead".

"Our mission is simple: To promote the special relationship between the United States and Australia. We work together with our members to enhance longstanding special channels of trust that deepens existing traditional bilateral communications and activities".

The group promotes productive and "timely bilateral exchanges among leaders in government, business, national security, technology, academic, media, and cultural arenas". Where is states is seeks to share viewpoints, policy positions and strategies that "elevates our mutual defense and security" for "economic growth, trade and investment".
Its home pages concludes "Rapid globalization requires new and innovative ways to enhance the focus on Australia, the alliance and bilateral ties in the United States".

Its sponsor include Lockheed, Chevron,BAE, Chevron,BHP,General Dynamic and the Aboretum Capital non google footprint and three employees?? Founded 2008 no headquarters so sound largely like a political action slush fund. The firm has a website http://arboretumcap.com/ which has a home page and that is it - yeah they sound like trustworthy organisation.

A similar firm is listed as Arboretum Capital Advisors, LLC now defunct (its website is also down) and is linked to 100 High Street, Suite 1110, Boston, Massachusetts, 02110, United which has $3 Million capital and 15 employees. Am examination of that address can be best summed up as old money and lots of it. An address full of investment firms where no one ever put faces to their Linked in profile which for some reason reminded of the white collar killer Patrick Bateman from American Psycho: a parody of the ruthlessness of Ivy League America.

The ACC council "members" are drawn from the same defence firms listed above plus microsoft, coco-cola and conocophillips.

As to who specifically the website basically says go fuck yourself (but a bit more politely than that) advising you ask either the company who are members or you address inquiries to the committee board chaired by Ernest Bower who is a senior adviser for Southeast Asia Program at the Center for Strategic and International Studies.

Their padded CV make reference to the Bush, Clinton, Barack administration and to the Forbes 500 companies and the Penatagon.

March 13th Keywitnesses into inquiry of alleged SAS war crimes in Afghanistan loose faith. The inquiry was due to finish in April. Instead, key witnesses have walked away, and some of its core participants are disillusioned, with one understood to be on the verge of taking legal action.

March 13th: Facebook Instagram crashes for ten hours. I recall you or Gwen Dyer stating crash sign of a hack as hackers take advantage of vulnerabilities that occur in reboots during such a crash. 2Degrees also suffer a crash around this time along with other service providers.

March 15th (ideas of march 1 day off the anniversary date of Podesta email hacks) Christchurch Mosque shooting streams live 1.5 million viewers in less than 24 hours. Apparent violent sexual content filters do not work as expected. It takes place as SAS Australian and "Hong Kong" snipers participate in a terrorist exercise. The officers who detain the shooter are not from Christchurch but are participating in a counter terrorist exercise. Other details of shooters accomplices participants and their role remain uncertain and subject to wide spread public discussion.

March 26th anticipated Muller report on investigation into whether Russia hacked the US elections and if any US officials concluded. The verdict is in summary NO. Mueller is not going to pursue any further indictments, according to the Associated Press. He has however referred several cases to "career"prosecutors in the Justice Department, and may have more referrals to make that have not become public yet, though "they would not focus on the central parts of his investigation". According to the Attorney General letter to Congress, there were no cases where Mueller wanted to bring charges against someone but was overruled by the Justice Department.

Time magazine in their coverage list the only parties to face charges were Russian hackers outside of US jurisdiction and therefore unlikely to be seen in a US court. It also explains how cryptocurrency was allegedly used to pay for the effort, as well as other attempts to penetrate United state elections websites. These charges are also unlikely to ever lead to a trial in the United States.

"The similarly detailed 29-page indictment explains how the hackers allegedly used phishing attacks to steal files from the Democratic National Committee and the Clinton presidential campaign, then worked with WikiLeaks to distribute the information to damage Clinton’s candidacy in an effort to help Trump win. It also explains how cryptocurrency was allegedly used to pay for this, as well as other attempts to penetrate state elections websites. These charges are also unlikely to ever lead to a trial in the United States". The bulk of those that were charged seem to have being jailed not so much for concluding with Russia but rather on unrelated matters such as tax fraud, or campaign election account issues.

Glenn I am kind of limited on what I can do, the corporate media in NZ as declared a jihad on anything it deems a conspiracy (e.g.anything which did notcome from itsown ranks) and while I have US alt right media sniffing around wanting interviews with me. I have no desire to damage the message of my own investigation or be deemed affiliated with their ideology which are opposed to my own value set and I have decided to decline all foreign interview opportunities offered to date.

My partner and friend in this project is Vinny Eastwood who like me a-political but as an independent is free to make his own calls and I support him 100% what ever his own contact with the international media may or may not be. We share a common goal a free and open society must have free and open press and are oppose to censorship on basis of speech or ideas.
For me my concerns are not gun laws Military style weapons should never have being sold and their existence in the hands of hate groups and gangs. I am on record as trying to warn the public since 1999 when I wrote State Secrets and raised my concerns about David Tipple the owner of Gun City the company which sold the shooter four of his weapons(the fifth weapon is a MSSA that is 'Californian compliant')

A) Are we really going to let corporations decide for us what we can and can see/think as our Corporate media, pushed by lobby groups, is now suggesting.

B) Will this mean armed police. Increased powers for groups like the SAS who are on record as seeking to become the dominant arm of the NZ armed forces. Thus see the NZDF become focused on paramilitary action which suit our larger security partners and their business partners at a cost to real national security issues, such as meaningful climate change strategies (as opposed the UN heavily corporate sponsored version -which in reality is a license for capitalism gone mad), fisheries, and civil defence.

C) I fear the consequence of this attack will result in even more loss of civil liberties and intrusion into their life via burgeoning industry, who increasingly can also be found manufacturing weapons components and mass surveillance technology.

I can date this back to 2008 when Helen Clark met a major arms dealer for Saudi Arabia BAE who arrived in NZ Anthony Texeria to met with New Zealand businesses. I have documented extensively since 1995 on a fleet of aircraft, using plane spotting data bases, whose registration confirms them as known arms traffickers who were either contracted to the NZDF or the Saudi government.

Three case will verify my claims:

3. Tait Electronics encrypted technology, used in the America's cup races, shipped to Valencia Spain via the UAE on aircraft identified in Irish press as shipping helicopters and arms to Israel.

Please help in the absence of coverage on the issue of corporate controlled censorship, loss of civil liberties, enhancement of the military industrial complex and corporate monopolism, I fear the worse.