Andrew Little has singed off warrants to spy


Can't they just access the material caught by the 5 Eyes? 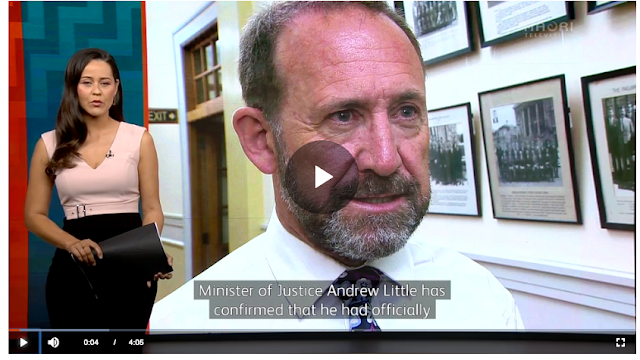 Minister of Justice Andrew Little confirmed he has signed off warrants granting spy agencies the authority to conduct intrusive surveillance on "people of concern" in New Zealand.

Little says, "I'm not going to talk about numbers or scope but what I will say is because of the consequences of the 15th of March there is newly authorised activity for the agencies to support the police and their investigation about what happens and to make sure we get a conviction."

Claims have arisen since the terror attack in Christchurch that intelligence agencies failed to monitor the people who presented a real threat to the public.

The Royal Commission will investigate our intelligence and security agencies but Little is backing his people and firmly believes they have followed their processes.

"I don't agree to that at this point. I simply don't see enough to allow us to draw that conclusion. The purpose of the inquiry is to see whether or not that argument can be made and that's why we need that inquiry to proceed and hopefully get an answer as soon as we possibly can."

The Royal Commission will look at the events leading up to the attack but not the immediate response. It will look at the SIS, GCSB, police, customs, immigration and any other relevant agencies.

The Operation 8 raids on the Ureweras in addition to a number of other locations in 2007 were based on intelligence and communication they received.

The inaccuracy of this intelligence meant the taxpayer took a huge hit, including covering legal aid and prosecution costs estimated to have exceeded $6mil.

Little says, "the agencies are following up all sorts of leads rising out of the events and the person involved in the events of the 15th of March."