The rats are leaving the sinking ship. This psychopath was leading the charge.

Hogwashed: A Sullen John Brennan Suggests He May Have Received "Bad Information" On Collusion

A somber looking John Brennan suggested on MSNBC's Morning Joe on Monday that "bad information" may be to blame after more than two years of being dead wrong about Trump colluding with Russia.
Brennan - the former director of the CIA - was so convinced of Trump's collusion that he penned an angry Op-Ed in the New York Times after his security clearance was revoked, titled: "President Trump’s Claims of No Collusion Are Hogwash."
The article starts off with a picture of the very patriotic looking Brennan swearing in before some testimony we're sure was truthful - unless he had bad information of course.

Mr. Trump’s claims of no collusion are, in a word, hogwash.
The only questions that remain are whether the collusion that took place constituted criminally liable conspiracy, whether obstruction of justice occurred to cover up any collusion or conspiracy, and how many members of “Trump Incorporated” attempted to defraud the government by laundering and concealing the movement of money into their pockets. -John O. Brennan 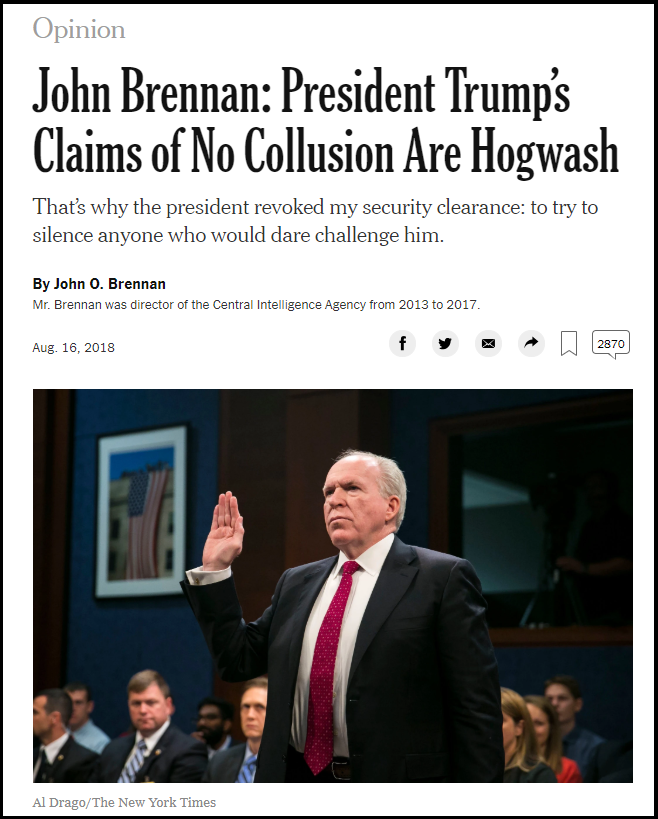 Your kakistocracy is collapsing after its lamentable journey. As the greatest Nation history has known, we have the opportunity to emerge from this nightmare stronger & more committed to ensuring a better life for all Americans, including those you have so tragically deceived.


Donald J. Trump
✔@realDonaldTrump
James Comey is a proven LEAKER & LIAR. Virtually everyone in Washington thought he should be fired for the terrible job he did-until he was, in fact, fired. He leaked CLASSIFIED information, for which he should be prosecuted. He lied to Congress under OATH. He is a weak and.....

39.6K people are talking about this
And less than one year later - Trump has been vindicated of collusion by special counsel Robert Mueller, leaving Brennan mumbling on MSNBC with a stone-face; "Well, I don’t know if I received bad information but I think I suspected there was more than there actually was," adding - with a mouth full of crow "I am relieved that it’s been determined there was not a criminal conspiracy with the Russian government over our election." 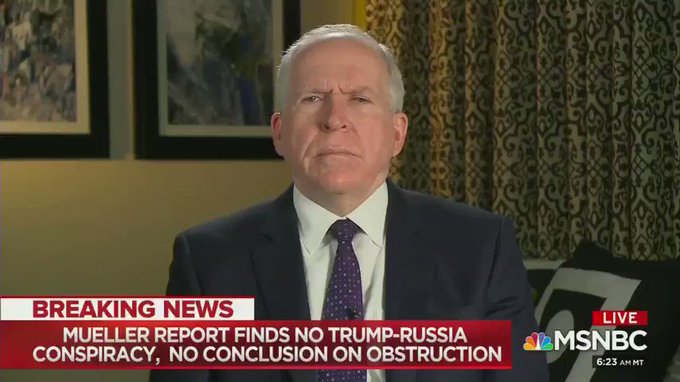 Brennan on MSNBC: Well, I don't know if I received bad information but I think I suspected there was more than there actually was. I am relieved that it's been determined there was not a criminal conspiracy with the Russian government over our election. 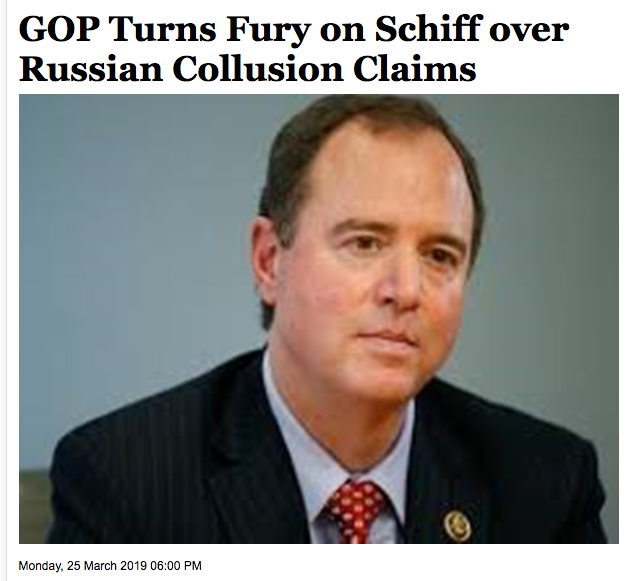