The move to block refcordings of shootings (and remove the evidence)

This appeared a few weeks before the shooting in Christchurch and the banning of the video.

It is clear that this is aimed at removing evidence that can be pored over and interpreted, rather than “protect the public”

Investigators such as Debbie, Sane Progressive (sadly disappeared from the scene) have done extensive investigation based on this video evidence.

This would now become impossible. 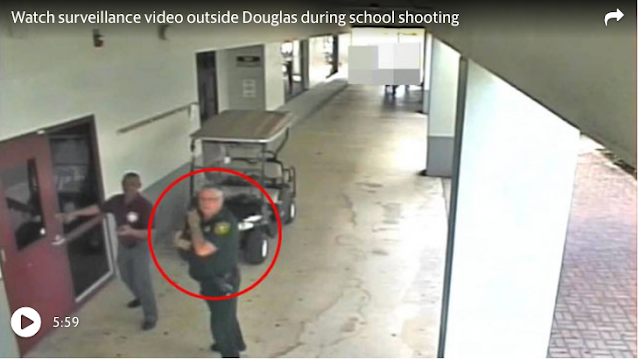 A year after the Parkland mass shooting that claimed 17 lives and spurred change in Tallahassee, a proposal that would block recordings of similar mass killings from the public eye could be one of the first bills heard by the full House and Senate in this year’s legislative session.

HB 7017, which passed its final committee stop Tuesday, would exempt from public record requests any photos, audio or video recordings of events that cause or relate to the deaths of three or more people, not including the perpetrator, in an incident of mass violence. The Senate’s companion bill, SB 186, also cleared its final committee hearing Wednesday morning.

The proposal is one of several dozen public records exemptions being proposed this session, prompting open government advocates to sound the alarm that this year may be one of the most restrictive in shielding information under the state’s Sunshine Law.

But Rep. James Grant, R-Tampa, who chairs the committee sponsoring the House bill, told lawmakers in the House State Affairs committee Tuesday that the bill was an attempt to “strike a balance” between protecting families of victims and allowing for an open press.

He and other supporters say the bill is needed to prevent images of violence from encouraging similar crimes and that shielding those records will protect families of victims from seeing their loved ones’ deaths play out repeatedly on social media and other platforms.

“We don’t want family members to see the killing of their kid on Twitter or on Facebook,” he said after the bill passed unanimously. “[We] simultaneously make sure we’re not going too far to make it difficult for accountability to happen and for a free and open press to do the job it should be doing.”

Opponents pointed to the fact that the bill would almost certainly have blocked some of the records of the Parkland shooting from the public eye, and said that those records are important for transparency and holding government officials accountable.

It was videos of events surrounding the shooting at Marjory Stoneman Douglas High School that revealed Broward sheriff’s deputies did not enter the freshman building to confront the shooter as it was taking place. Several media outlets had to sue to obtain those records under a court order.