How could I NOT celebrate the collapse of the Democrats' Russiagate conspiracy theory? 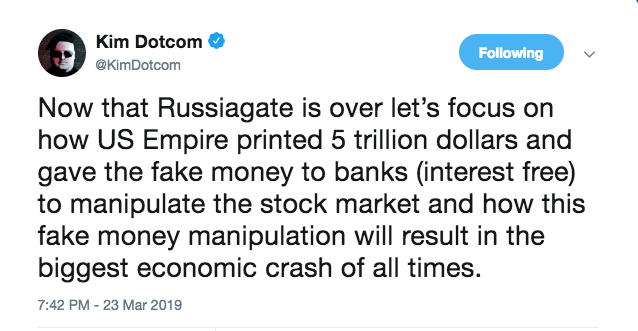 Greenwald: Coping Strategies For All Russiagate Peddlers Now In Mourning

The Intercept's Glenn Greenwald has some advice for the mainstream media and pundit class, already in mourning — or perhaps in the initial "denial stage" of grief — on how to cope after it's now glaringly evident that Mueller is to indict zero Americans for conspiring with Russia to influence the 2016 election. 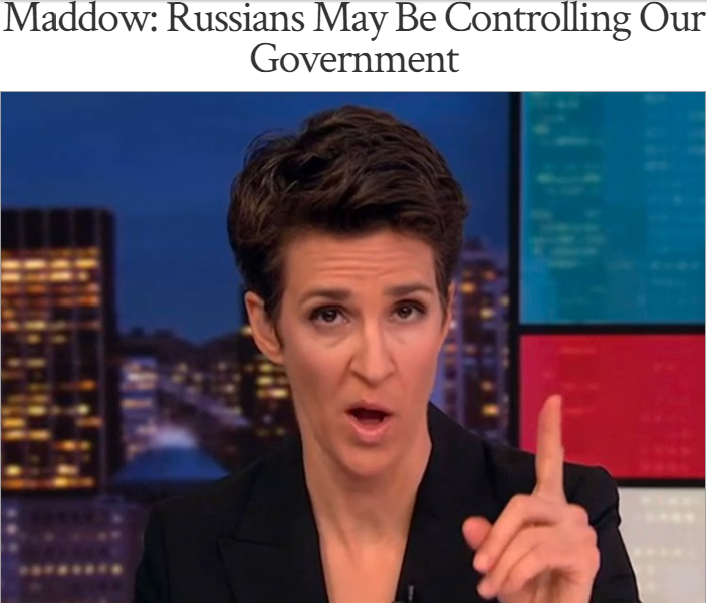 “Special Counsel Mueller is not recommending ANY further indictments am told” — CNN’s Justice Department reporter Laura Jarrett tweeted upon the Friday conclusion of the two year long investigation.
Greenwald, himself no Trump supporter yet long smeared as a "Russian stooge" for daring to question the whole basis of two years of endless media 'Russiagate' hysteria, has some clear-eyed advice and coping strategies for a mainstream media sure to spend this weekend in shock and denial...

Very rough night at MSNBC. Rachel Maddow looks like she’s going to cry. Chris Hayes glasses are all fogged up.

1,552 people are talking about this

Replying to @ggreenwald
At least CNN and MSNBC had the decency last night to have a funereal tone. There were no admissions of wrongdoing, and it seemed more pained and coerced than voluntary, but at least it was the first step in the coping process. Down that path lies some salvation at least.
Twitter Ads info and privacy

"If you constantly went on TV or wrote things to mislead millions into believing Mueller was coming to arrest Trump, Jr., Jared and a whole slew of others for conspiring with the Russians, just admit it. Save yourselves the embarrassment of all this whitewashing & pretending," Greenwald advised.
Of Friday's major network reporting, Greenwald noted:

"At least CNN and MSNBC had the decency last night to have a funereal tone."

Greenwald pointed out possible signs of mainstream media baby steps in the grieving process: "There were no admissions of wrongdoing, and it seemed more pained and coerced than voluntary, but at least it was the first step in the coping process. Down that path lies some salvation at least."
Over at MSNBC, Rachel Maddow appeared to grapple with holding back a range of emotions Friday night.
Funereal tone indeed. 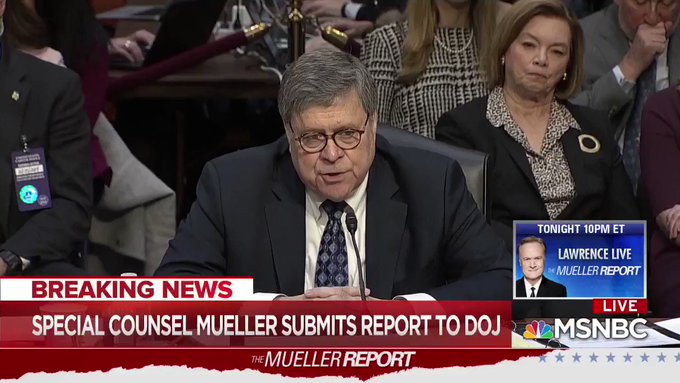 I mean: they didn't even get Carter Page! When I was urging a full investigation in lieu of media leaks & predicting the likely outcome back in March, 2017, even I thought they'd get one low-level person for Russia conspiring. No: they got zero.

A lot of people talking about Rachel Maddow nearly crying.

This video from Jimmy Dore will help you understand important context.

In one episode of her show she says Russia and Putin dozens of times, its pure insanity.https://www.youtube.com/watch?v=kgBxfHdb4OU …


With final collapse of the narrative, Greenwald said further, it is crucial to recall the following: "It's absolutely true nobody benefited more from the endless stream of Trump/Russia bullshit than MSNBC. It saved careers & that network. It generated huge ratings."
"It enabled them to sell best-selling books to deluded followers. It turned them into stars. It was a 2-year party," he concluded.
Now the party's over.

LOL. Mueller was just "a side show." Yeah - that's totally what the US media narrative conveyed for two years until yesterday. Mueller who?

But no doubt the goal posts are already being moved, tweets are being deleted, and we are likely moments away from "Mueller who?" and "now look over there". 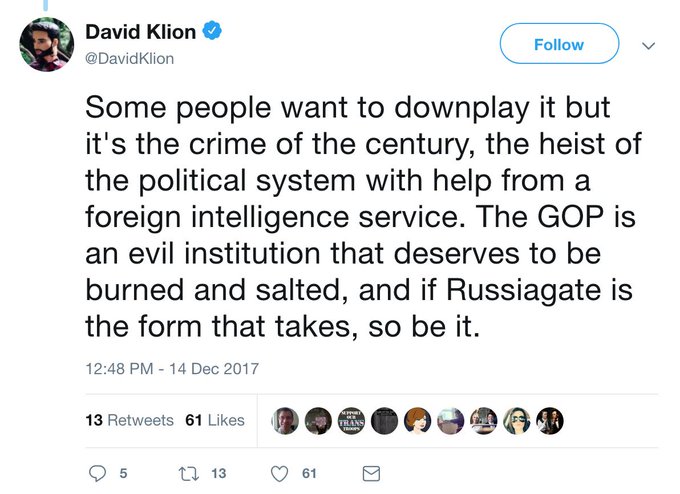 The scrubbing begins! Semi-notable hysteria peddler @DavidKlion has deleted his tweet declaring Russiagate "the crime of the century." But don't worry, I saved it https://twitter.com/DavidKlion/status/941364291931959299 …

Twitter Ads info and privacyIt's likely that most will skip the mourning process altogether and get straight to scrubbing recent history.
They would be wise to heed Greenwald's prudent coping advice: Save yourselves the embarrassment of all this whitewashing & pretending. 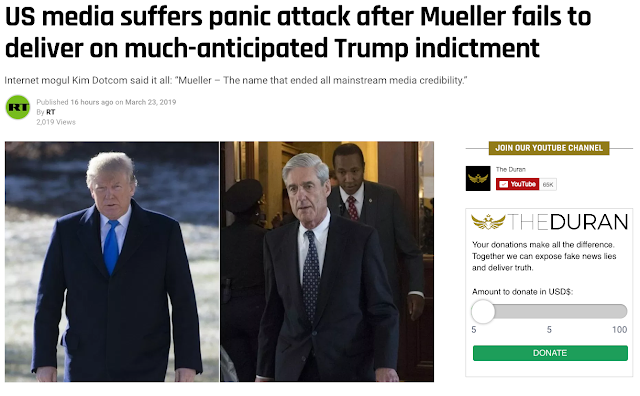 Internet mogul Kim Dotcom said it all: “Mueller – The name that ended all mainstream media credibility.”