3 Times Defeated, May Turns to Elections To Fulfill Brexit Betrayal

Despite a last-minute round of defections from some Labour MPs and Tory Brexiteers, what reporters jokingly referred to as "meaningful vote 2.5" - the third vote on May's withdrawal agreement - has been defeated 344-286, a margin of about 60 votes.
In a speech after the result, May raised the possibility of new elections. The pound tumbled on the results. "We are reaching the end of this process in this House," May said. One way out would be holding another election.
Indicating that she isn't planning to resign, the prime minister said she would "continue to press the case for an orderly Brexit.
Unsurprisingly, the pound plunged as the defeat has raised the likelihood that the UK will leave the EU without a deal on April 12. 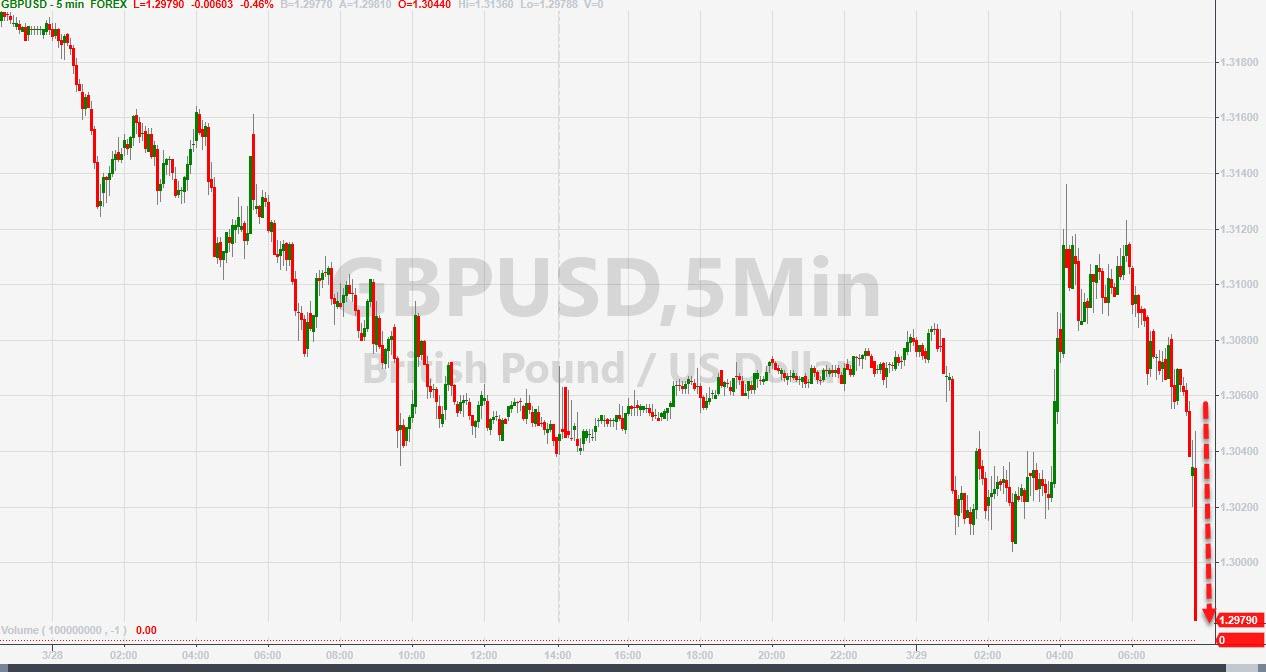 While May said only that an election might be one option to break the impasse, opposition leader Jeremy Corbyn went further and called for a vote, and also called on May to fulfill her promise and quit, now.
In a statement, Deputy ERG Chairman Steve Baker insisted that this must be the final defeat for May's withdrawal deal, and that the Commons must now move on and find another way - or, presumably, accept a 'no deal' exit.
"This must be the final defeat for Theresa May’s deal. It is finished. And we must move on.”
"It's finished and we must move on. It has not passed and it will not pass," he added.
Cable started weakening ahead of the vote on speculation that the group of Brexiteer Tories voting against the bill would be large enough to hand May a third defeat. Reports attributed to SNP MPs about a "sizable" group of Tories massing in the 'no' lobby pushed the currency even lower. Early reports estimated that the vote would fail by roughly 50 votes.
May ended the debate on Friday with an impassioned speech, telling MPs that she was "prepared to leave this job earlier than I intended to secure the right outcome for our country." She also said there would need to be a "greater involvement of Parliament" during the next phase of talks with the EU, when the two sides will hash out the details of their future relationship.
While Friday's defeat is yet another major setback for the prime minister, who will now presumably push for a much longer Article 50 extension that could last for months or even years, the margin was better than the last two votes, indicating that May has made progress - just not enough to finally deliver Brexit.

What will happen next? Well - and stop us if you've heard this before - that's difficult to say. Liam Fox, a senior cabinet minister, said a defeat for the deal could lead to a lengthy Brexit day delay. Perhaps months, perhaps even years. The prospect for a general election has risen. Others will point out that, though no alternative received a majority favorable vote, holding another "confirmatory" referendum on Brexit was among the more popular options during this week's indicative vote.
The EU negotiators released a statement saying they were "disappointed" by the outcome of the vote. The bloc has insisted that it will not yield on the withdrawal agreement, and bureaucrats have said they will not accept a lengthy delay of Brexit because that would create complications for the upcoming European Parliamentary elections.
Ahead of an emergency summit set for April 10, the EU is reportedly looking to hear in advance what the UK's plan will be. Two options appear to be one the table: Leave with no-deal or get a long extension at least until the end of the year. But at their summit last week, European leaders suggested they were becoming more comfortable with the prospect of no-deal. 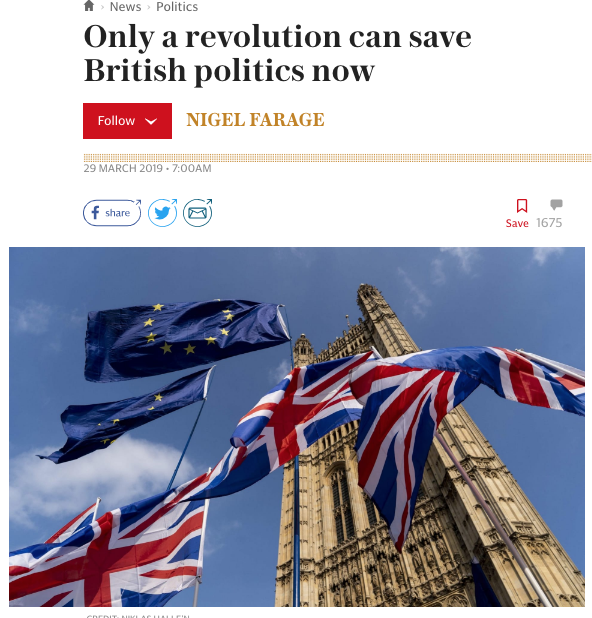 Only a revolution can save British politics now
Channel 4