The continuing crackdown on free speech in New Zealand

I have almost zero interest in the alleged gunman's “manifesto” - the video is a different matter entirely.

Have you noticed that whereas the media treats people as accused or “alleged shooters” until they have been subject to trial. This rule has been broken.

Christchurch terror attack: 'Specialist team' on the lookout for people who share the video, manifesto 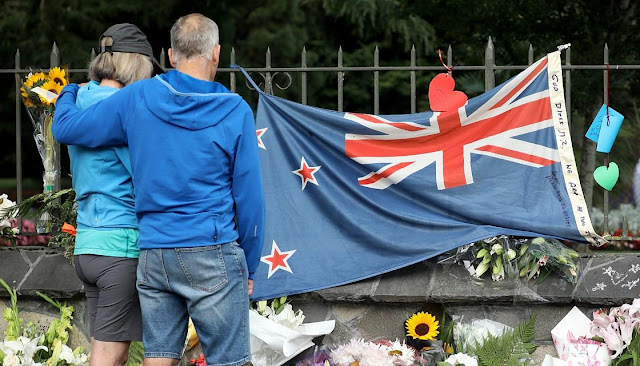 The banning of a so-called manifesto written by the alleged Christchurch gunman is new territory for New Zealand.
The Chief Censor has classified the document 'objectionable', meaning it's illegal to distribute or even possess a copy.
"It promotes, encourages and justifies acts of murder and terrorist violence against identified groups of people," David Shanks said on Saturday, in justifying the ban.
"It identifies specific places for potential attack in New Zealand, and refers to the means by which other types of attack may be carried out. It contains justifications for acts of tremendous cruelty, such as the deliberate killing of children."
Netsafe chief executive Martin Cocker says it's a first for New Zealand.
"I don't know of any time in New Zealand's history where the Chief Censor has classified a document of significance, in terms of the number of people who have sought it out. So everything about this is a test - everything about this is new."
It comes five days after Shanks banned the possession and distribution of the killer's video of the attack, which left 50 dead.
Mr Cocker says the bans will be taken seriously, and we have the means to enforce it.
"There are certainly resources available to enforce it. We have a specialist team operating out of Internal Affairs whose job it is to seek people who deliberately break this law."
Those who breach it face up to 14 years in prison or a $10,000 fine.
Shanks said the killer's writings, uploaded to the internet just before the attack, was a "crude booklet" which most Kiwis would find "repellent". 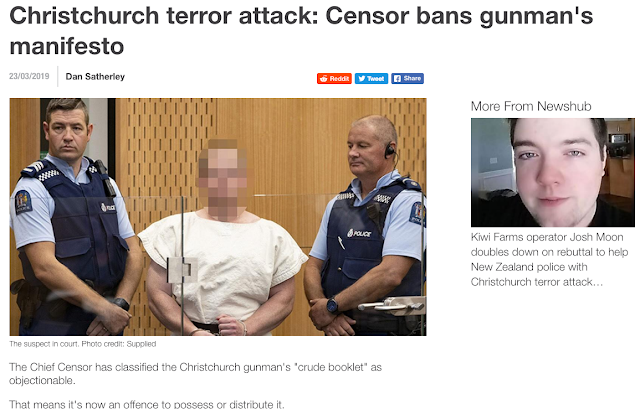