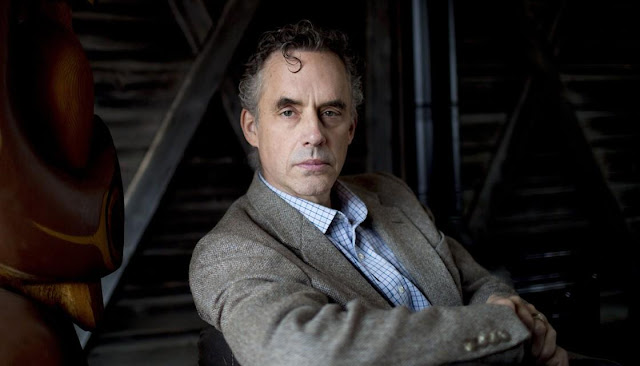 A Jordan Peterson book is no longer for sale from Whitcoulls in New Zealand following the Christchurch terror attack.
The controversial Canadian professor visited Aotearoa in February, weeks before a gunman killed 50 people and injured dozens more at two mosques in Christchurch.
Although Peterson's book promotes self-help rather than violence or racism, he was photographed in New Zealand embracing a fan wearing a T-shirt emblazoned with the words "I'm a proud Islamaphobe", along with a list of various inflammatory accusations about Muslims. 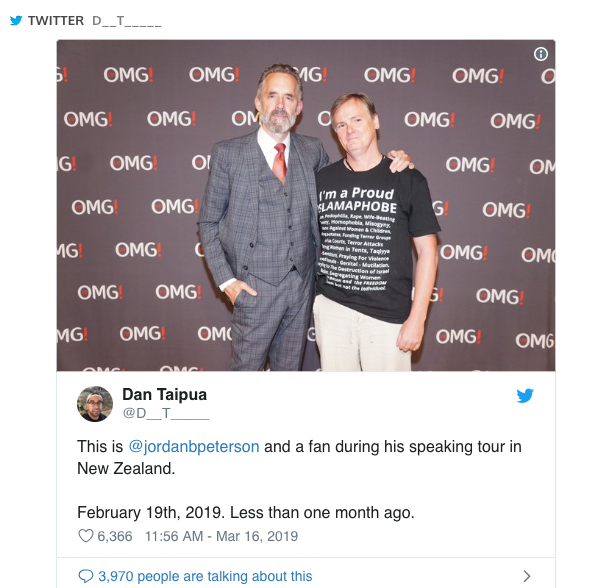 Whitcoulls doesn't specify the exact reason for dumping Peterson's 12 Rules for Life: An Antidote to Chaos, but the Islamaphobe T-shirt photo could be a part of the "disturbing material" referred to in replies to customer enquiries.
"Unfortunately 12 Rules for Life is currently unavailable, which is a decision that Whitcoulls has made in light of some extremely disturbing material being circulated prior, during and after the Christchurch attacks," Whitcoulls says in an email.
"As a business which takes our responsibilities to our communities very seriously, we believe it would be wrong to support the author at this time. Apologies that we're not able to sell it to you, but we appreciate your understanding."
Whitcoulls has been approached for further comment.
ACT Party leader David Seymour told Newshub he isn't impressed.
"You don't fight neo-Nazism by suppressing reading and books. Anyone who knows any history knows that's the opposite of how you fight these kind of ideas," said Seymour.
"A self-help book is an incredibly strange thing to suppress. I think Whitcoulls have made the wrong decision, but I respect they're a private company, it's their right".
Searches for '12 Rules for Life' and 'Jordan Peterson' both currently return no results on Whitcoulls' New Zealand website. When Newshub phoned Whitcoulls shops to ask if they had copies of the book in stock, we were told it's "unavailable".
12 Rules for Life: An Antidote to Chaos does not contain the word 'Islam' and only contains the word 'Muslim' once, but not in a negative context.
Meanwhile, other titles about Islam are still available - including Islam Unmasked by Henry Malone, which claims to expose "the lies behind [Islamic] doctrines" and "the futility of [Islamic] practices".
Adolf Hitler's Mein Kampf is also still available for purchase from Whitcoulls.
Newshub.