Hitler is deemed OK by the NZ censor

I wonder how my Jewish friends might think about this.


Frankly, I cannot think of anything more egregious than this which indicates that they are not at all serious about weeding out neo-Nazis but rather to come down on genuine dissidents 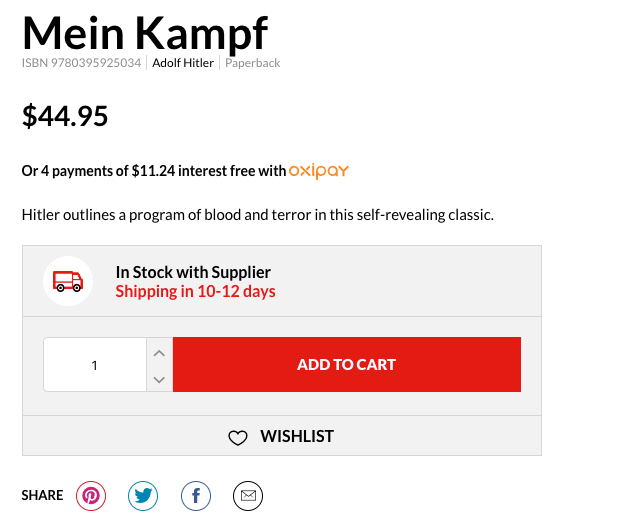 
In the meantime they seem to be saying that they should not be monitoring Muslim extremists but concentrate on “far-Right extremists' (along with euthanasia advocates, growers of medical marijuana and anti- 1080 activists.
To say that I am extremely cynical about all this would be a gross exaggeration. 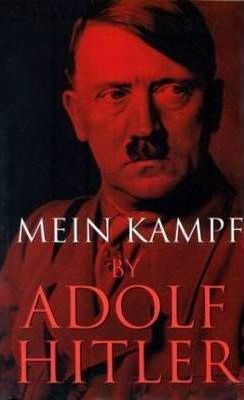 
The Chief Censor says the alleged Christchurch gunman's manifesto crosses a line not even Mein Kampf did.

David Shanks at the weekend declared the 74-page document, uploaded to the internet minutes before 50 people were shot dead earlier this month, objectionable - meaning it's now an offence in New Zealand to share or even possess a copy of it.

While he had already outlawed the livestream video of the attacks, the banning of the alleged killer's words has outraged free speech activists.

"What we all want is to understand what happened and stop it from happening again," Free Speech Coalition spokesperson David Cumin told The AM Show on Monday.

The Free Speech Coalition says it's getting legal advice on whether Shanks' decision can be challenged.

"I read it on the plane on the way over here on Sunday," said Dr Cumin. "I believe that it's objectionable, but I don't think that it crosses the line into immediate incitement of violence."

Incitement to violence is the reason given for the censorship.

"You can't censor evil ideas - I think we have to be clear about this," Shanks told The AM Show. "I'm censoring a document that's full of evil ideas, but it goes further than that - it crosses a line. It exhorts people - directly exhorts people - to kill and commit acts of mass terrorism specifically, and tells them how to do that, that's where the line is."

And this is how it differs to Mein Kampf, a book written by Nazi Party leader Adolf Hitler in 1925 while he was in prison for treason. While Mein Kampf outlines Hitler's desire to see the Jewish people exterminated, it doesn't say how.

"One is specific - one is directing people who are susceptible to creating this kind of carnage; the other is a reflection of evil ideas that needs to be out in society and debated and understood," said Shanks.


"It's a fine line, but we have that line prescribed in law."

Shanks said he took "exactly the same approach to this document as we do to any other terrorist promotional literature that we see", such as Islamic State propaganda.

"We can't treat this differently... When you've got a document that is promoting killing, that is providing ideas about how to commit terrorist acts and killing, and providing justifications for killing innocents and children, then that crosses the line."

Dr Cumin says the Free Speech Coalition agrees that violent threats should be illegal, and the author of the Christchurch manifesto should be charged. But that doesn't mean the words should be banned.

"There's no evidence banning [Mein Kampf] in certain EU countries had the desired effect, and there's good evidence that exposing it, talking about it, understanding it and countering it does have an effect."

On Hitler's death at the end of World War II the copyright to Mein Kampf in Germany passed to the Bavarian state government, which didn't print any copies. It entered the public domain in 2016, and a heavily annotated version quickly sold out, despite many bookstores refusing to stock it.

Will the ban prevent future violence?

Shanks says while everyday normal Kiwis might be able to read the manifesto and not be inspired to kill, we're not the people he's trying to reach.

"This is a dangerous document in the hands of its intended audience. Its intended audience isn't right-thinking New Zealanders. It isn't normal, everyday people. This is aimed at particular people who are susceptible to be radicalised and to commit further acts of violence."


He understands that thanks to the internet, those who really want to read it will be able to get it without much difficulty.

Those who have a good reason to read it will be able to apply for an exemption - such as law enforcement, academics and journalists.

The Free Speech Coalition says anyone should be able to read it not just so they can understand the killer's motivations, but bust myths and conspiracy theories being spread online about it.

But the Chief Censor says there are plenty of other options for those hoping to understand evil.

"One of my regrets in making this classification is I can't sit my son down with this manifesto - this terrorist promotional booklet - and talk to him about, 'this is what evil looks like'. But there's plenty of opportunities to do that with him. I showed him the scenes from Charlottesville and said, 'Look - that is evil.' … So there's plenty of opportunity to do that."

"It's the act itself that is the most motivating factor, and that's been reported widely. There's no way of having that cat put back into the bag at all, and neither should it. People should be aware of what's happening. All these secondary influences... there's no good evidence that having access to that really does make a difference."