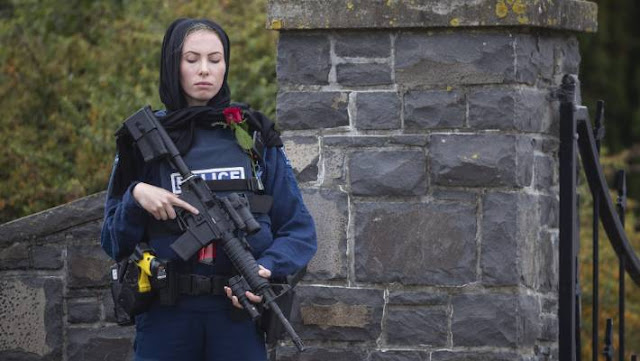 Police around the country will continue to carry guns for the foreseeable future, while the National Threat Level remains at high.

All frontline police officers in all regions - rural and urban - have been instructed by Police Commissioner Mike Bush to carry guns while on duty "until we are satisfied that the risk to the community is reduced".

A police spokesperson said they could not give a specific timeframe on when that might be.

Police are unlikely to rescind the order to carry guns until the National Threat Level is lowered, which is a decision that lies with the cross-agency Combined Threat Assessment Group (CTAG).

All officers are carrying a Glock 17 pistol in their holsters, and have a Bushmaster M4 semi-automatic rifle in each police car. Officers tasked with protecting specific people and areas are carrying the Bushmaster on patrol.

Under normal circumstances, police in New Zealand carry pepper spray, batons, and tasers, though all are trained with the Glock and Bushmaster.

Police Association President Chris Cahill said that arming police officers meant the public could have more assurance knowing that police could respond to situations immediately, and reduce the possibility of copycat attacks.

In a 2017 survey of frontline police officers, 73 per cent said they would prefer to carry a firearm while on patrol.

"It's certainly going to be a discussion. Things have changed in New Zealand."

According to statistics made public by police headquarters, firearms were presented at police 17 times in 2017. In four of those incidents, weapons were fired.

And of those 17 situations, 14 resulted in prosecutions.

Cahill said that the recent gun law changes, combined with more that could come into effect down the line, could "create an environment where there are less firearms and less risk to officers, and it may not be needed, but it will depend on the other changes."

He is calling for a gun register, "so we know who has them, what they are, and where they are."

He would also like to see more stringent security requirements.

"What we know is most criminals get them [guns] from stealing them by law-abiding gun owners," he said.

Firearms license owners in New Zealand must have a secure gun rack, safe, or "receptacle of stout construction," to store their weapons.

Frontline police officers in Canterbury are becoming increasingly used to carrying firearms - they were given a directive to carry guns while on patrol for a few days from February 28 to March 3 while a 20-year-old man who was suspected of causing a shoot-out in Christchurch was on the loose.

"Mosque attacks" - why do they not call things by their name - a massacre or slaying? 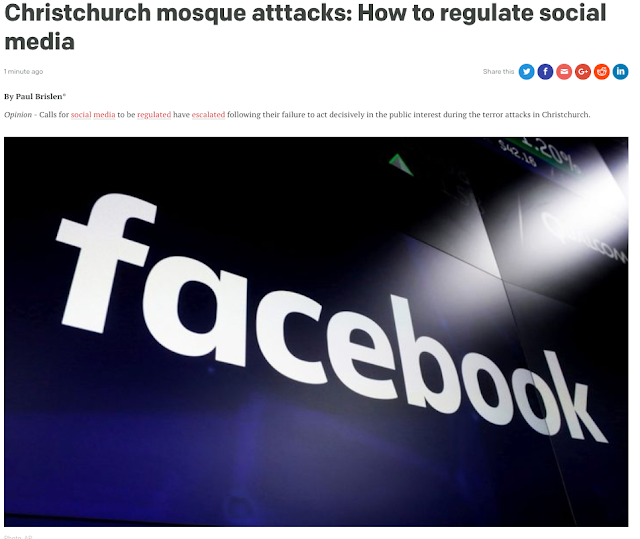 Prime Minister Jacinda Ardern has announced that there will be a Royal Commission of Inquiry into security agencies following the Christchurch terrorist attacks.

She said, while New Zealanders and Muslim communities were still grieving they were also rightly asking questions about how the terror attack was able to take place.

The inquiry will look at what could or should have been done to prevent the attack, Ms Ardern said.

It will probe into the accused individual and his activities before the terrorist attack, including into agencies.

"It will look at the actions of SIS, the GCSB, police, Customs, Immigration and any other relevant government departments or agencies," she said.

Ms Ardern said the terms of reference had not yet been set, but these would reflect the seriousness of the attack and the need to get answers in a timely manner.

"There will be a focus on whether our intelligence community was concentrating its resources appropriately and whether there were any reports that could or should have been alerted then to this attack.

"It's important that no stone is left unturned to get to the bottom of how this act of terrorism occurred."

Ms Ardern said the commission would look at events leading up to the attacks, rather than the immediate emergency response to the attacks, which was work that would be done separately.

She said the government needed to balance the timeliness of the inquiry with the need to be thorough.

"We want it to be independent, we want it to be at the highest level, but we also want it to be timely ... I absolutely accept that people want answers and they don't want to be waiting a long time, but we equally have to allow the inquiry the time to do the job properly, so we're weighing all that up," Ms Ardern said.

She said Royal Commissions were usually reserved for the matters of gravest public important and it was clearly the appropriate form of inquiry for this instance.

Ms Ardern also announced that she would travel to Beijing in China on Sunday where she will meet with President Xi Jinping and Premier Li Keqiang. She will also formally open the New Zealand embassy.

Ms Ardern said it was an important visit that was planned some weeks ago but given the terrorist attacks in Christchurch it has been cut back to just one day of meetings. Ms Ardern said she would be back in New Zealand by Tuesday.

"I expect discussions will include a broad range of bilateral, regional and international issues of common interest, including on upgrading our free trade agreement, protecting and promoting a rules based international trading system and combating climate change."