Reflections on the Christchurch shooting

Yesterday when I received news of this shooting I was in a state of shock. However, a night's sleep has given me the possibility for some reflection. 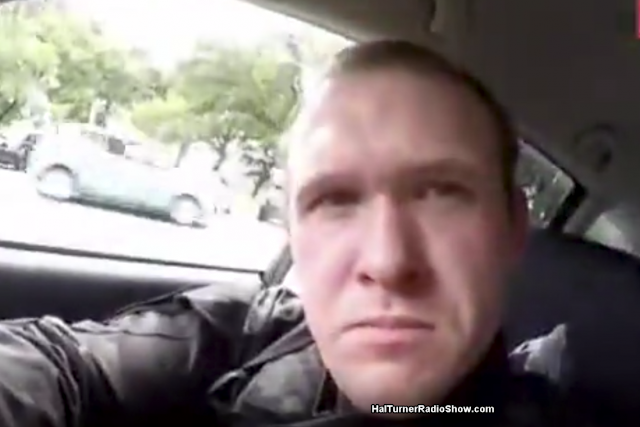 I am in no position to say what actually happened and am not going down the "false flag route", but just listening to the reporting on the Christchurch shooting yesterday and several things that don't make much sense.

The shooter warned of his intentions on social media

This is something that hit me in the eye when, first, I heard Roman Kosarev on RT say that the alleged shooter had warned of his actions 3 days before the shooting.

Then listening to TVNZ coverage there was an interview with a Muslim lady who reiterated the claim but also said the police  were given this information.

"In this regard, Hal Turner is able to report on things that others are afraid of:

"He also stated on Social Media that he was going to do this, telling people on one site:

Well lads, it's time to stop shitposting and time to make a real life effort post.

I will carry out and attack against the invaders, and will even live stream the attack via facebook.

The facebook link is below, by the time you read this I should be going live.
www.facebook.com/brenton.tarrant.9

It's been a long ride and despite all your rampant faggotry, fecklessness and degeneracy, you are all top blokes and the best bunch of cobbers a man could ask for.

I have provided links to my my writings below, please do your part by spreading my message, making memes and shitposting as you usually do." 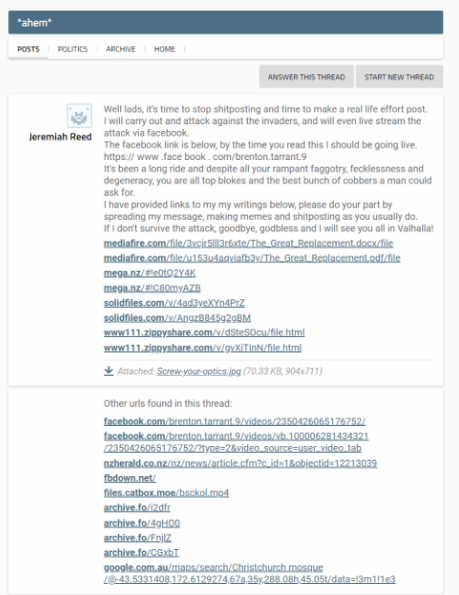 The Screen Capture of that social media posting appears in its entirety, below . . . with replies from his online pals:

Most of the links mentioned by the shooter in his posting above, have been purged by Social Media Companies, but we got the writings he mentioned before the media companies cleaned them off the net!

In his writings, the shooter:

- Identified himself as a fascist and ethno-nationalist

- Says he supports Trump as a symbol of renewed white identity, but not as a policy maker or leader

- Was inspired by Anders Breivik

- Says he blames capitalists and immigrants

Why did you carry out the attack?


What is wrong with the "livestream" video?

I have decided not to share the video online after the specific warnings by police.  However if you want to see it it is available HERE

The official position is that the footage is too shocking to be seen by the public:

Police are aware there is extremely distressing footage relating to the incident in Christchurch circulating online.

"We would strongly urge that the link not be shared. We are working to have any footage removed."...
Echoed here"
"Don't share the footage. It's horrendous, and it's what he wants," one man said

When I saw the video I must say I was slightly underwhelmed and my  impressions have been echoed by a few others.  More than one person has said it looks more like a video game than anything else. 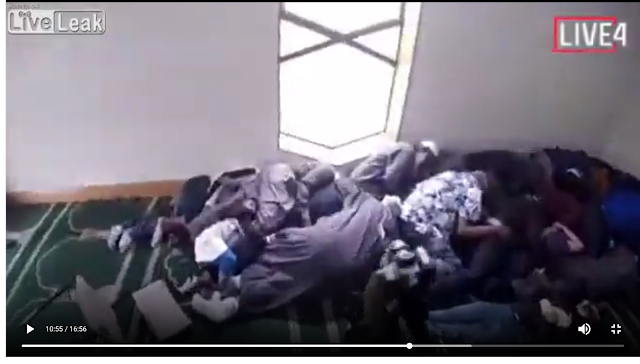 It looks a bit odd to see a large empty space with people lying together in the corner apparently dead.

The strangest thing is that there is NO or LITTLE blood. 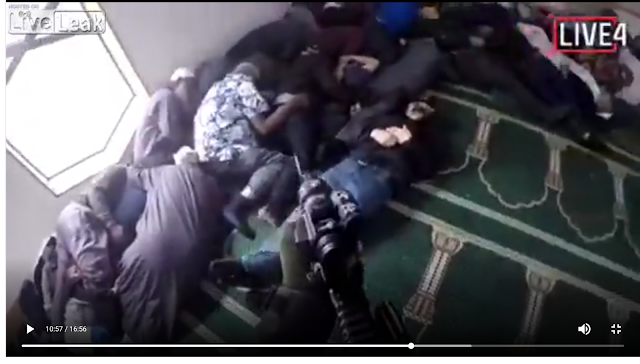 There would seem to be so many high-velocity bullets coming out of the gun that had the video been what it purports to be seen we would have seen pools of blood.

In this next shot we can see some blood but is this what we would expect? 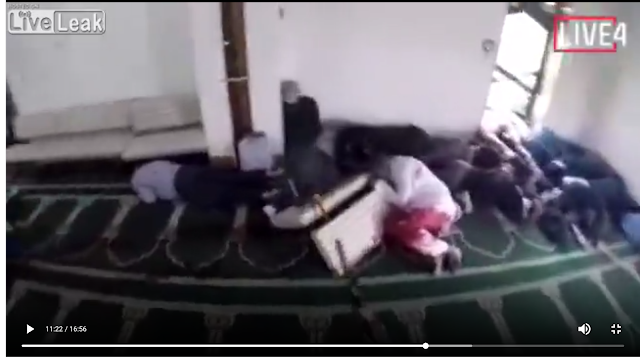 If what we are seeing is a cold-blooded killer entering the mosque why are we not seeing that reflected in the video. In such situations people tend to panic and to scream at the top of their lungs and beg to be spared.

Why can I not hear this in the video?

WHO IS GOING TO BE BLAMED?

I am not going to automatically go down the "false flag" route but I do want to point out those things in the mainstream narrative that don't make sense and which have things in common with just about all previous terrorist attacks and shootings.
Whatever the truth the media narrative is always to create an emotional reaction whereby previously (for example) people might have been against arming the police end up practically begging for it. 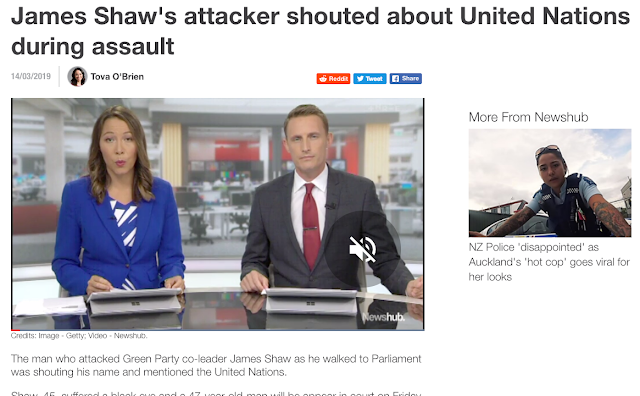 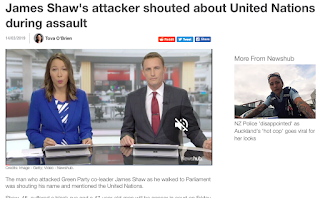 ShouldKiwi kids who aren't vaccinated be banned from pre-school? Labour'sAndrew Little says it's 'well worth looking at' 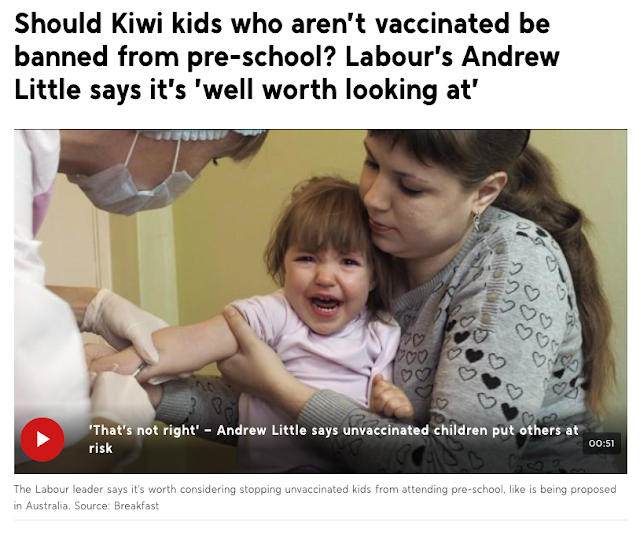 The article doesn't say it but Hillary Clinton's operative, John Podesta was in Christchurch a few days ago saying NZ was a "juicy target" for a major (Russian) hack.  What else was he up to? 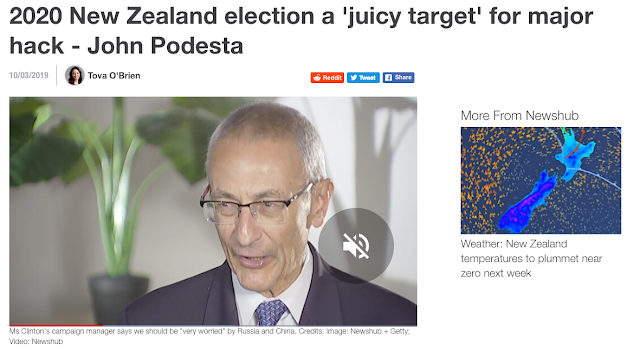 The victim of the world's most notorious political hack is warning New Zealand's election next year is at serious risk of a major cyber-attack by Russia and China.

In an exclusive television interview, Hillary Clinton's former presidential campaign manager, John Podesta, told Newshub that New Zealand is a big juicy target - and that hacked information could be weaponised as fake news.

***
My guess is that after this people will be begging for armed police and other means of removing civil liberties.

Christchurchpolice to be armed after Richmond incident 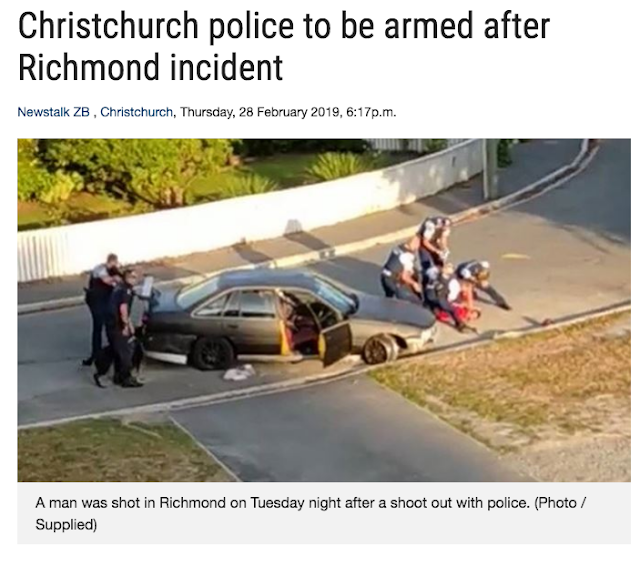 All frontline police are now carrying guns in Christchurch after a shootout on Tuesday.

A 33-year-old man remains in hospital in a serious but stable condition after being shot by police in a Richmond firefight.

Price says it wasn't a decision they made lightly, but it's necessary for the safety of both police and the public.

This may be an indication of the sort of witchhunt that may be coming. 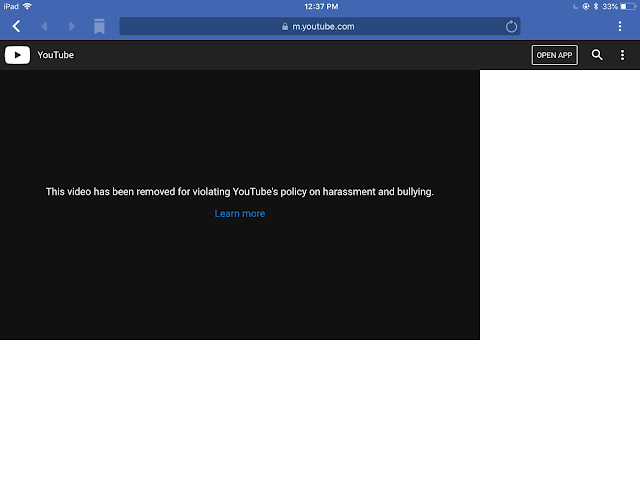 Who, one has to ask was being "bullied"?

In lieu of that there is this: