With ISIS gone what follows will be worse – fmr Pentagon official 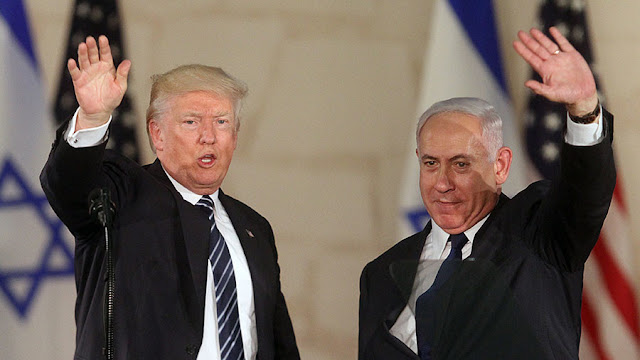 Israel and the US have agreed a partnership to deal with the various aspects of “Iran's malign activities,” according to a National Security Council (NSC) spokesperson.

"The two delegations agreed on a general framework for future cooperation regarding Iranian malign activities," the official told Sputnik on Friday.

On Thursday, Israeli Channel 10 reported that Washington and Tel Aviv signed a strategy and policy document on Tehran, following discussions between Israeli and US intelligence and defense agencies on December 12. The talks were said to have been headed by the US national security adviser, H. R. McMaster and his Israeli counterpart Meir Ben-Shabbat.

Channel 10 reported that the document is designed to translate into “steps on the ground” the ideas laid out by US President Donald Trump in his October 13 speech on Iran, in which he all but ditched the Obama-negotiated Iranian nuclear deal, according to unnamed sources. Trump stopped short of breaching the accord, but “decertified” his support for the agreement, leaving its fate in the hands of Congress.

Specifically, Prime Minister Benjamin Netanyahu and president Trump agreed behind closed doors to set up joint teams to handle what they both believe amounts to an ‘Iranian threat.’

Four separate teams would be reportedly be set up to curtail Iranian power. The first would deal with “Iranian activity in Syria and Tehran’s support for the Hezbollah terror organization.” Another division will oversee “diplomatic and intelligence activities” aimed to confront Iran’s nuclear weapon “ambitions.”

A third group would monitor Iran’s ballistic missile program and its purported efforts to build “accurate missile systems” in Syria and Lebanon. Finally, a fourth unit would keep tabs on groundwork for any escalation by Iran and/or Hezbollah.
Trump regularly slammed Obama’s nuclear deal with Tehran on the campaign trail, warning the US could pull out of the landmark agreement at any time.

“We cannot and will not make this certification,” he said. “We will not continue down a path whose predictable conclusion is more violence, more terror and the very real threat of Iran’s nuclear breakout.” The EU criticized American threats to withdraw from the deal by reminding Washington that the P5+1 initiative was not a bilateral agreement. Russia’s Foreign Minister, Sergey Lavrov, warned in October that efforts to renegotiate the Iranian deal would jeopardize international security, as it “may bury this important agreement in the sphere of strategic stability and nuclear non-proliferation.”

ISIS gone, what follows will be worse – fmr Pentagon official

Islamic State has been defeated in Syria, thanks to Russian and Syrian government forces. As US President Donald Trump takes credit for the victory, there are reports the US is re-training Sunni fighters, including Islamic State radicals, to return under a different name and continue to wage sectarian warfare. Former Pentagon official Michael Maloof tells RT that this is an unsurprising step in the evolving US policy on Syria and expects that the US will ultimately try to partition Syria in order to impede Iranian influence in the region.

Posted by seemorerocks at 16:11