As US General visits Marines in Norway he says he hopes he 's wrong but there's a war coming. The ominous warning know doubt will be closely watched by Russian officials. Jerusalem day of rage continues on should be called "all out rage" there seems to be no end in sight. 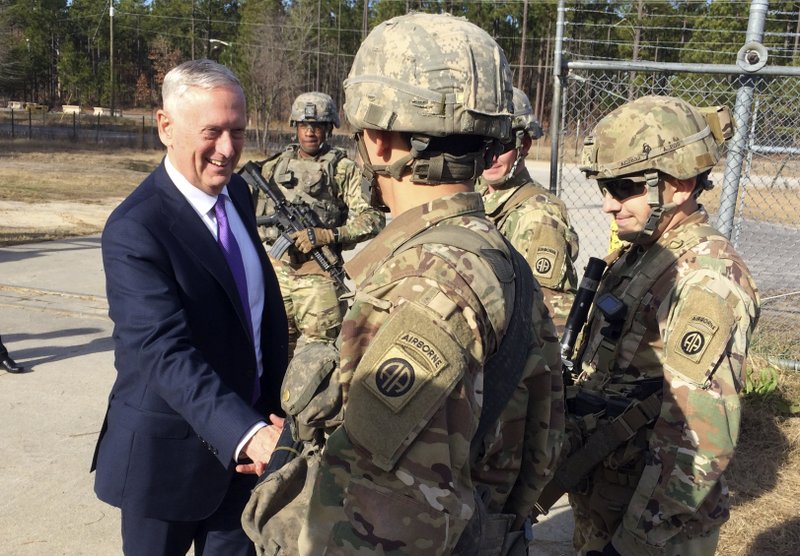 “Storm clouds are gathering” over the Korean Peninsula, Defense Secretary Jim Mattis declared Friday. And as diplomats try to resolve the nuclear standoff, he told soldiers that the U.S. military must do its part by being ready for war.
Without forecasting a conflict, Mattis emphasized that diplomacy stands the best chance of preventing a war if America’s words are backed up by strong and prepared armed forces.
“My fine young soldiers, the only way our diplomats can speak with authority and be believed is if you’re ready to go,” Mattis told several dozen soldiers and airmen at the 82nd Airborne Division’s Hall of Heroes, his last stop on a two-day pre-holiday tour of bases to greet troops.
Mattis’ comments came as the U.N. Security Council unanimously approved tough new sanctions against North Korea, compelling nations to sharply reduce their sales of oil to the reclusive country and send home all North Korean expatriate workers within two years. Such workers are seen as a key source of revenue for North Korean leader Kim Jong Un’s cash-strapped government.
President Donald Trump and other top U.S. officials have made repeated threats about U.S. military action. Some officials have described the messaging as twofold in purpose: to pressure North Korea to enter into negotiations on getting rid of its nuclear arsenal, and to motivate key regional powers China and Russia to put more pressure on Pyongyang so a war is averted.
For the military, the focus has been on ensuring soldiers are ready should the call come.
At Fort Bragg, Mattis recommended the troops read T.R. Fehrenbach’s military classic “This Kind of War: A Study in Unpreparedness,” first published in 1963, a decade after the Korean War ended.
“Knowing what went wrong the last time around is as important as knowing your own testing, so that you’re forewarned - you know what I’m driving at here,” he said as soldiers listened in silence. “So you gotta be ready.”
The U.S. has nearly 28,000 troops permanently stationed in South Korea, but if war came, many thousands more would be needed for a wide range of missions, including ground combat.
The retired Marine Corps general fielded questions on many topics in his meetings with troops at Guantanamo Bay naval base in Cuba and Naval Station Mayport in Florida on Thursday and at Camp Lejeune and Fort Bragg in North Carolina on Friday. North Korea seemed uppermost on troops’ minds as they and their families wonder whether war looms.
Asked about recent reports that families of U.S. service members in South Korea might be evacuated, Mattis stressed his belief that diplomacy could still avert a crisis. He said there is no plan now for an evacuation.
“I don’t think it’s at that point yet,” he said, adding that an evacuation of American civilians would hurt the South Korean economy. He said there is a contingency plan that would get U.S. service members’ families out “on very short notice.”
Mattis said he sees little chance of Kim disrupting the Winter Olympics, which begin in South Korea in February.
“I don’t think Kim is stupid enough to take on the whole world by killing their athletes,” he said.
Mattis repeatedly stressed that there is still time to work out a peaceful solution. At one point he said diplomacy is “going positively.” But he also seemed determined to steel U.S. troops against what could be a costly war on the Korean Peninsula.
“There is very little reason for optimism,” he said. 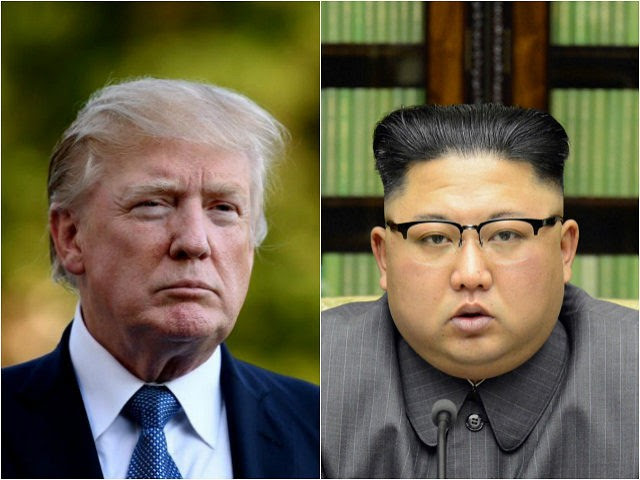 North Korea’s communist regime has finally responded to President Donald Trump’s National Security Strategy (NSS) with a statement from its Foreign Ministry condemning the document as “a typical outcome of the Yankee-style arrogance” and dismissing all of America as “a corpse.”
The Foreign Ministry spokesman’s statement, released Friday, called the NSS a “criminal document which clearly reflects the gangster-like nature of Trump who likes to create trouble and fish in that troubled waters.” The NSS, which highlights multiple threats that North Korea poses to America’s safety, was typical of “Yankee-style arrogance seeking total subordination,” the statement argued.
In addition to attacking Trump, the Foreign Ministry dismissed America entirely, accusing “previous U.S. administrations” of throwing “all the agreements reached with us into a garbage can like waste paper” and protesting the use of the term “rogue state” against them.
“The gang of Trump likes to pose itself as if its country is a world superpower. However, the U.S. is nothing but a corpse going to the grave,”it concludes
Nothing in the statement suggests that North Korea is ready to enter dialogue regarding an end to its illegal nuclear program. On the contrary, the spokesman insists that nuclear weapons are necessary “to defend our sovereignty and rights to existence and development in the face of ever increased hostile moves and nuclear threats and blackmail of the U.S.”
In addition to releasing this statement, North Korea’s state-run Korean Central News Agency (KCNA) published some quotes allegedly from dictator Kim Jong-un himself.
“Although grave challenges that should not be overlooked face us, we neither feel disappointed nor are afraid of them but are optimistic about progress of our revolution under this situation,” Kim reportedly said at a political conference this week. He “stressed that nobody can deny the entity of the DPRK which rapidly emerged as a strategic state capable of posing a substantial nuclear threat to the U.S.”
President Trump’s National Security Strategy warns that the “rogue regime in North Korea” is “rapidly accelerating its cyber, nuclear, and ballistic missile programs,” threatening to target the United States with its new technology. It notes that Washington is “deploying a layered missile defense system focused on North Korea and Iran to defend our homeland against missile attacks.”
The strategy text takes up most of its time, however, focusing on threats America faces from China, Russia, and radical Islamic terrorists. China initially dismissed the NSS as “a big joke” in its state-run media, but later this week, published a story arguing that being branded a “strategic competitor” was a liability for the Chinese communists because the nation was simply not prepared for head-on competition with the United States. The NSS specifically accuses China of flagrant intellectual property theft, predatory concerning practices in the developing world, and other behaviors that damage America’s economic viability on the global stage.