The crew of a Hong Kong-flagged ship that allegedly violated U.N. sanctions by transferring oil to a North Korean vessel in October is being held in South Korea until a full inspection is sent to the Security Council, officials announced Friday. 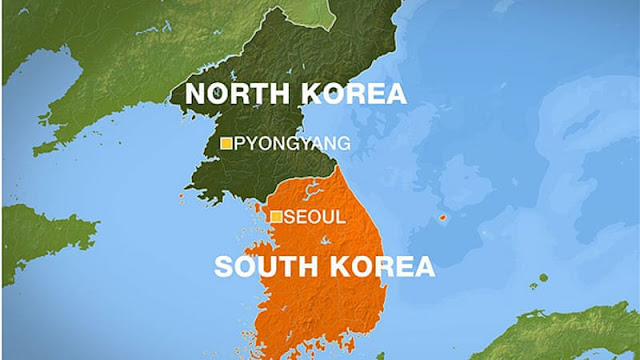 South Korean authorities have seized and inspected a Hong Kong-flagged vessel after it secretly transferred petroleum to a North Korean vessel in international waters, according to reports.

UN member countries are banned from making ship-to-ship transfers of prohibited goods for North Korea, according to the UN Security Council (UNSC) Resolution 2375 adopted in September.

Resolution 2397, adopted on December 22, allows a country to seize, inspect and impound any vessel within its territorial waters that is suspected of engaging in prohibited activities with North Korea.

The Lighthouse Winmore was chartered by Taiwanese company Billions Bunker Group and previously visited Yeosu port on October 11 to load up on Japanese refined petroleum and head to its claimed destination in Taiwan four days later, the authorities reportedly said.

Instead of going to Taiwan, however, the vessel transferred the petroleum to a North Korean ship, the Sam Jong 2, and three other non-North Korean vessels in international waters in the East China Sea, they said.

"The actions taken will be reported to the UNSC sanctions committee on North Korea in the future," the officials were quoted by Yonhap as saying.

"The vessels are smuggling Russian fuel from Russian Far Eastern ports to North Korea," said the first security source, who spoke on condition of anonymity.

Reuters was unable to independently verify that the vessels had transferred fuel to North Korean vessels, whether the Russian state knew about the sales or how many Russian vessels were involved in the transfers. It was also unclear how much fuel may have been smuggled.
Ship satellite positioning data consulted by Reuters and available on Reuters Eikon shows unusual movements by some of the Russian vessels named by the security sources including switching off the transponders which give a precise location.

The security sources said the Russian-flagged tanker Vityaz was one vessel that had transferred fuel to North Korean vessels.

The Vityaz left the port of Slavyanka near Vladivostok in Russia on Oct. 15 with 1,600 tonnes of oil, according to Russian port control documents.

The owner of the Russian vessel denied any contact with North Korean vessels but also said it was unaware that the vessel was fuelling fishing boats.

"Absolutely no, this is very dangerous," Guk told Reuters by telephone. "It would be complete madness."

Two other Russian flagged tankers made similar journeys between the middle of October and November, leaving from the ports of Slavyanka and Nakhodka into open seas where they switched off their transponders, shipping data showed.
The sales of oil or oil products from Russia, the world's second biggest oil exporter and a veto-wielding member of the United Nations Security Council, breach U.N. sanctions, the security sources said.

"Russian vessels have made ship-to-ship transfers of petrochemicals to North Korean vessels on several occasions this year in breach of sanctions," the first security source, who spoke on condition of anonymity, told Reuters.

A second source, who independently confirmed the existence of the Russian ship-to-ship fuel trade with North Korea, said there was no evidence of Russian state involvement in the latest transfers.

"There is no evidence that this is backed by the Russian state but these Russian vessels are giving a lifeline to the North Koreans," the second European security source said.

The two security sources cited naval intelligence and satellite imagery of the vessels operating out of Russian Far Eastern ports on the Pacific but declined to disclose further details to Reuters, saying it was classified.
Russia's Foreign Ministry and the Russian Customs Service both declined to comment when asked.

*  *  *
Finally, if these alleged interactions are true, then it highlights the degenerating position of the supposed US hegemon in the eyes of the world. Just today, we saw reports that China's launching of its petro-yuan oil futures contract is days away.