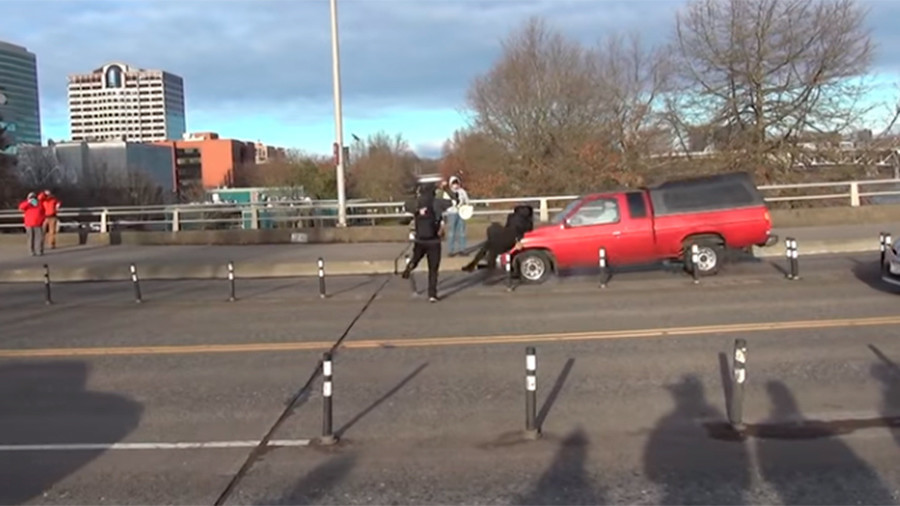 The march was organized by a group called Patriot Prayer, led by a supporter of US President Donald Trump. Three activists who said they were part of the Antifa movement showed up to denounce the marchers as white supremacist trying to impose a religious worldview on America. The activists advocated the virtues of communism through a megaphone.

The counter-protest, however, ended badly for one of the participants, who ran across the road and was hit by a pickup truck. The incident apparently resulted in a broken hip for the unlucky activist.