US moves to supply arms to Ukraine

‘Accomplice in igniting war’: Moscow says US crosses a line with lethal arms supplies to Ukraine 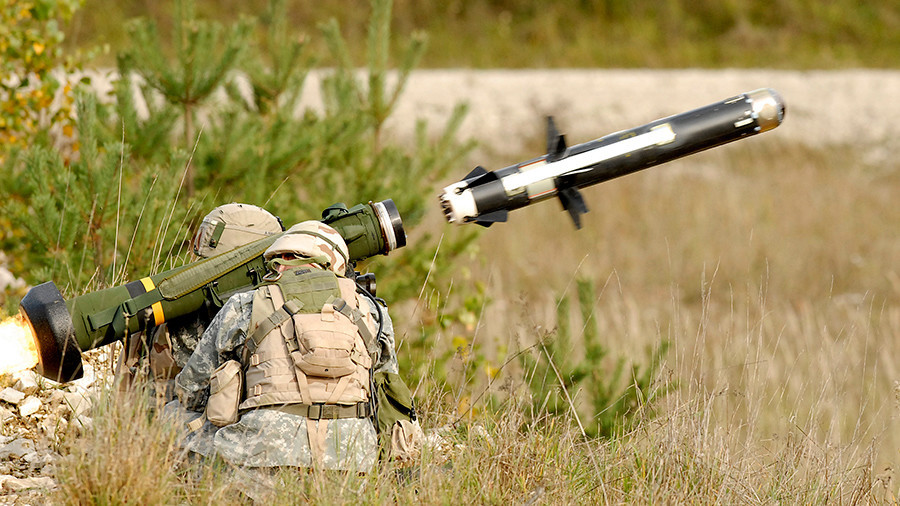 The intention by Washington to provide lethal arms to Ukraine ‘crosses a line’ and pushes Kiev towards bloodshed, a senior Russian diplomat said, accusing the US of playing the role of warmonger in the Ukrainian conflict.

The move by the US government is an escalation compared to the previous practice of providing weapons to Kiev through contracts with American arms producers, Russian Deputy Foreign Minister Sergey Ryabkov said in a statement. “In a sense, the US has crossed a line.”

The Russian diplomat added that Washington can no longer claim the role of mediator in the Ukrainian conflict, because in fact it’s an “accomplice in igniting a war.” He said Moscow believes there is no use in appealing to the common sense of American politicians, since many of them are currently “blinded by Russophobia and eagerly applaud the Ukrainian nationalist punitive battalions.”

Ryabkov’s remarks are in line with a string of condemnation of Washington’s move by other Russian officials. Fellow Deputy Foreign Minister Grigory Karasin said the US arming of Ukraine undermines the 2015 Minsk agreement, which was negotiated with the help of Germany and France, and laid down a roadmap for resolution of the conflict. The agreement’s implementation was stalled by Kiev’s refusal to uphold its part of the bargain, which included amnesty for rebel fighters and special autonomous status for the regions they control.

Aleksey Pushkov, member of the Russian Senate security committee, warned that the US may find itself dragged into direct confrontation with the rebels in Ukraine. The delivery of US-made weapon systems will require training of Ukrainian troops on the ground, and US advisers involved in such a program may be targeted by a Ukrainian provocation, he said.

The US “has enough problems already to allow itself to be involved in adventures of the [Ukrainian] regime,” he said. “And we know too well how adventurous Kiev may be.”

Pushkov said the “war party” members in Ukraine may be interested in re-igniting hostilities in the east ahead of the 2019 presidential election. Such an escalation would draw public attention away from the many failures of the government and whip up public support for hardline politicians.

Considering that Ukraine has been sidelined by other issues such as the crisis on the Korean Peninsula and the row over Washington’s recognition of Jerusalem as the capital of Israel, renewed violence would also help Kiev return to the list of priorities of world powers, Pushkov added.

On Friday, the US State Department announced the US would supply “defensive weapons” to Ukraine, saying it would help “deter further aggression.” The weapons would reportedly include anti-tank missiles, which Kiev has been asking for from Washington for years. The US government earlier approved a purchase by Kiev of sniper rifles and other small arms from US manufacturers.