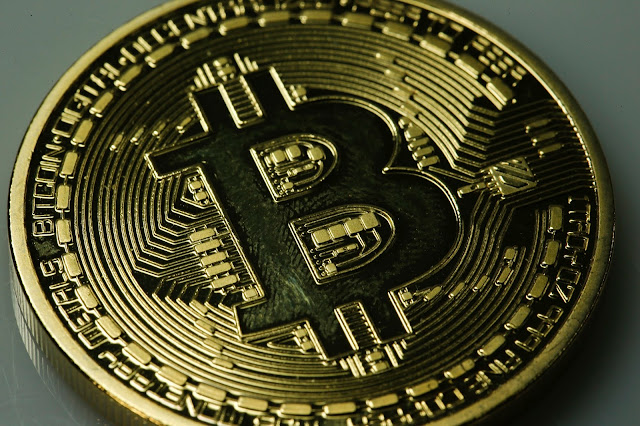 The Bitcoin Crash has finally taken place as the king of cryptocurrencies plunged a staggering 45% from its record high in just five days.  On December 17th, Bitcoin reached a peak of $19,800 but fell to a low of 10,887 in early market trading today.  However, the Bitcoin price has recovered from its lows and is now trading at $13,500.

So, the big question to all the Bitcoin investors and crypto traders….. Will the market recover or will the crash continue?  Well, if we go by charts that show assets moving up in a straight line, I believe we are going to see much lower prices.  I don’t know if it will take days, weeks or months… but lower it will go.

The warning signs that Bitcoin and the other cryptocurrencies were in a huge bubble were all over the place.  I started to point this out in my November 1st article, BITCOIN vs. GOLD: Which One’s A Bubble & How Much Energy Do They Really Consume:

So, the big question on the minds of many investors is… which asset is more of a bubble, Bitcoin or Gold?  If we use the cost of production as a guide, my answer is Bitcoin:

Currently, Bitcoin is fetching an estimated $4,700 profit per coin versus $136 for gold.

According to the research done by Marc Bevand (discussed in the article linked above), he calculated the cost to produce Bitcoin in August was approximately $1,500.  I adjusted that cost up to $1,800 for the beginning of November.  At the time, the price of Bitcoin was trading at $6,500.  Thus, the profit per Bitcoin was $4,700.  Now, compare that to cost to produce gold from the top two primary gold miners at $1,115.  Thus, Barrick and Newmont primary gold miners were enjoying an 11% profit margin while the Bitcoin miners were enjoying a 72% profit.

And… that is when Bitcoin was trading less than half of what it is currently.  Furthermore, I presented this chart on Bitcoin’s cost of production:

In my next article about the cryptos on Nov 21st, SELLING OUT OF PRECIOUS METALS & BUYING BITCOIN…. Very Bad Idea, I stated the following:
There is a new trend by individuals in the alternative media community who are now selling out of precious metals and buying into Bitcoin and cryptocurrencies.

Recently, Sean at SGTReport published a short video in which part of the headlined was titled as “SILVER BULL CAPITULATES.”  In the video, Sean explains how past frequent guest and precious metal analyst, Andy Hoffman, has sold out of all his silver and is now only in Bitcoin and gold.  Andy explains in his interview on Crush The Street that he sold all of his silver this summer as he really has no interest in it.  He goes on to say, “Because, in a digital age, I just don’t believe people are going to store thousands of pounds of silver hoping that the gold-silver ratio is going to come down.”

I have to tell you, not only do I find this sort of thinking, utterly preposterous, I also find it quite troubling that analysts who have been promoting precious metals for the past decade are now implying that gold and silver are no longer high-quality stores of value.  I disagree entirely with this faulty and superficial analysis.

Unfortunately, those analysts that moved away precious metals and into Bitcoin and Cryptos fail to understand the DIRE ENERGY predicament we are facing.

They believe we are heading into a BRAND NEW HIGH-TECH world with lots of neat new gadgets and billions of Dollars in cryptocurrency profits to live life PHAT on the HOG.

Well, as my favorite expression goes… GOD HATH A SENSE OF HUMOR.
It doesn’t take long for digital profits to turn into digital losses in the crypto markets.  However, nothing goes down in a straight line.  If we look at Bitcoin’s huge spike up to $1,150 at the end of 2013, it took a while for it to fall 75%:

As we can see in the chart, Bitcoin dropped from a high of $1,150 to $600 quite quickly.  It then bounced back up to almost $1,000, before selling off even lower to $500.  Although, this time around, Bitcoin’s plunge below 75% can occur much quicker…. even in days.  But, I am not going to make that call.  I stopped giving price targets for any asset classes years ago.  It’s a fool’s game.

Regardless, if we assume the latest Bitcoin’s mining cost is $3,000-$4,000, then we still have a long way to go.  Furthermore, here is a chart showing that Bitcoin’s transaction fees increased from 31 cents at the beginning of 2017 to $55 currently.  Thus, the higher Bitcoin goes in price, the more unusable it is for payment of goods and services.  Who wants to buy a $5 cup of coffee at Starbucks with Bitcoin if it cost you $55 for the transaction?

According to the current market price of Bitcoin, it is now trading down $7,000 or 35% lower from its high:

I have to tell you, that chart looks very UGLY.  Right now a lot of new Bitcoin investors are wondering if they should hold on or to sell before it goes down any further.  While some analysts have stated that Bitcoin will reach $50,000 and then $100,000… this sort of trading activity can drive a person crazy.

I don’t know if Bitcoin will ever reach $100,000, but I wouldn’t bet on it.  Mike Maloney put out his new Hidden Secrets Of Money Ep 8: From Bitcoin To Hashgraph: The Crypto Revolution:

Mike explains in the video that HashGraph will make a lot of the cryptocurrencies obsolete.  It takes a massive amount of energy just to do one Bitcoin transaction that it is not really useful as a currency or payment system.  The Hashgraph technology does the same sort of thing as Bitcoin and the other cryptos, but it takes very little energy.

As I mentioned in my previous article, the skyrocketing Bitcoin price is what has SUCKED IN most of the demand.  Only a small percentage of techie Geeks were interested in what Bitcoin had to offer.  It wasn’t until Bitcoin’s price went into the stratosphere that investors starting buying like crazy.  Now, we see Bitcoin mentioned on the major financial networks.


Again, nothing goes down in a straight line.  I wouldn’t be surprised to see Bitcoin rally here for a while.  It could actually go back up significantly before selling off again.  But, if Hashgraph can do with Bitcoin does at a fraction of the energy, then it is likely that Bitcoin will go down as the biggest Bubble in history.
Posted by seemorerocks at 17:18

Email ThisBlogThis!Share to TwitterShare to FacebookShare to Pinterest
Labels: bitcoin