I have been following this “hydrogen bomb” which seems to have be more connected with a shadowy Israeli billionaire operating in the Congo than anything to do with ‘draining the swamp”.

If you look at a list of other philanthropists in Africa you can see there is a fairly tenuous connection with the Clinton Foundation and Bill Gates.

Perhaps it is barking up the wrong tree?

Trump just dropped a hydrogen bomb on the swamp. New executive order to seize all assets of human traffickers’ and corrupt politicians.

*Short video. Summary is trump signed an executive order giving him full power to sieze all assets, propert, and money of any swamp-dweller suspected of being involved in human rights abuse (pedophiles) or corruption (uranium one) or anyone working to undermine the safety or prosperity of the nation. 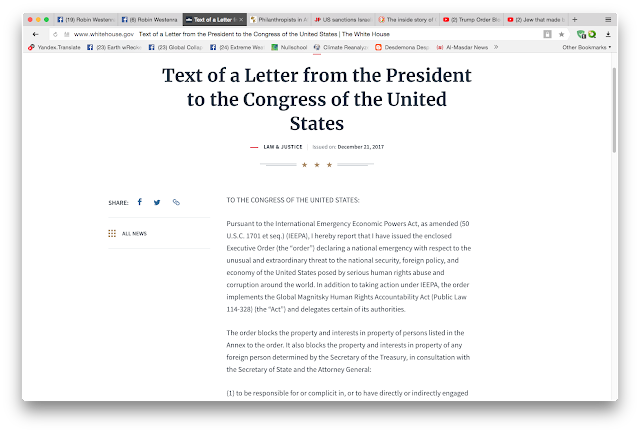 DEEP STATE TAKE DOWN. The Corrupt money has become their End.https://www.whitehouse.gov/presidenti…

“I therefore determine that serious human rights abuse and corruption around the world constitute an unusual and extraordinary threat to the national security, foreign policy, and economy of the United States, and I hereby declare a national emergency to deal with that threat.”

Philanthropist Organizations and People in Africa 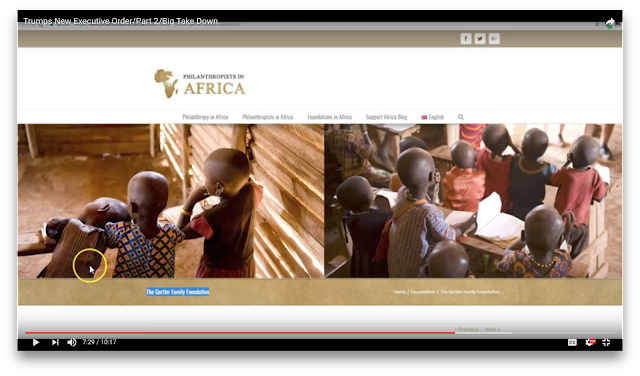 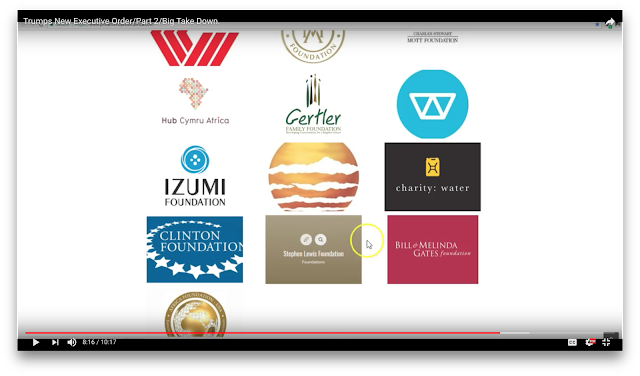 
The US State Department on Thursday sanctioned Israeli billionaire Dan Gertler over evidence of widespread corruption while he conducted business in the Democratic Republic of Congo.

Gertler relied on his close friendship with Congo President Joseph Kabila to act as a middleman, according to a US Treasury Department statement, taking a hefty cut from multinational corporations seeking to conduct multi-billion-dollar mining and oil deals.

Between 2010-2012 alone, Congo lost some $1.36 billion in revenue "from the underpricing of mining assets that were sold to offshore companies linked to Gertler," the Treasury Department said.

With the sanction, the Treasury Department’s Office of Foreign Assets Control has barred US persons and financial institutions from conducting any business with Gertler.

The US "is taking a strong stand against human rights abuse and corruption globally by shutting these bad actors out of the US financial system,” Treasury Secretary Steven Mnuchin said in the statement. “Treasury is freezing their assets and publicly denouncing the egregious acts they’ve committed, sending a message that there is a steep price to pay for their misdeeds.”

Congressional sources briefed on the designation told The Jerusalem Post that Israel was not consulted on the decision in advance, a courtesy typically offered to allies.

Gertler comes from a diamond-studded family, as his grandfather helped establish the Israeli Diamond Exchange. The kippa-wearing businessman resides in Bnei Brak, according to a Forbes profile, and has a net worth of $1.2 billion. He has been doing business in Congo since 1997, when as a 23-year-old he secured the president's blessing to control the diamond trade in the country.

Gertler also sold an oil block to the Congolese government for $150 million when he had purchased the same stake from the authorities for $500,000.

Along with Gertler, the Treasury Department has cut off several Israeli-related entities from the financial system, including the Gertler Family Foundation, International Diamond Industries and D.G.I. Israel Ltd.

Gertler's representatives in Ramat Gan could not immediately respond to the US sanction, according to Bloomberg 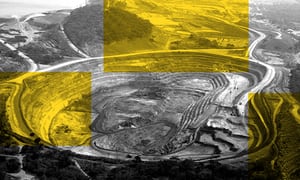