As the image below shows (screenshot from the Japan Aerospace Exploration Agency), 2016 Arctic sea ice extent (red line) has declined over the past two days. 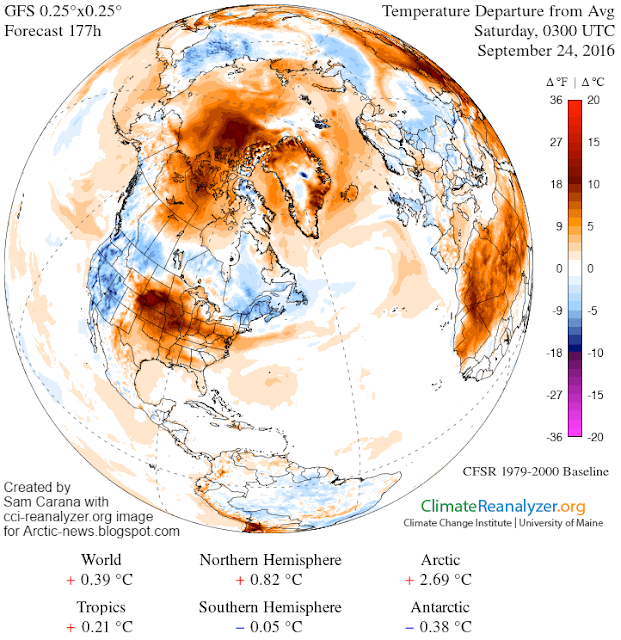 There is scope for further sea ice decline, for a number of reasons [hat tip to Albert Kallio]:

The video below shows that high temperatures are forecast over the Arctic Ocean over the upcoming week.


The time-lapse video below is based on NSIDC data and shows the age of sea ice in the Arctic from week to week since 1990, updated through the March 2016 winter maximum. The oldest ice (9 or more years old) is white. Seasonal ice is darkest blue. Old ice drifts out of the Arctic through the Fram Strait (east of Greenland), but in recent years, it has also been melting as it drifts into the southernmost waters of the Beaufort Sea (north of western Canada and Alaska).

The Naval Research Lab sea ice speed and drift animation below over the same period shows that the amount of sea ice that is expected to move into Fram Strait is expected to increase over the next few days.

The image below shows wildfires in Russia on September 18, 2016. 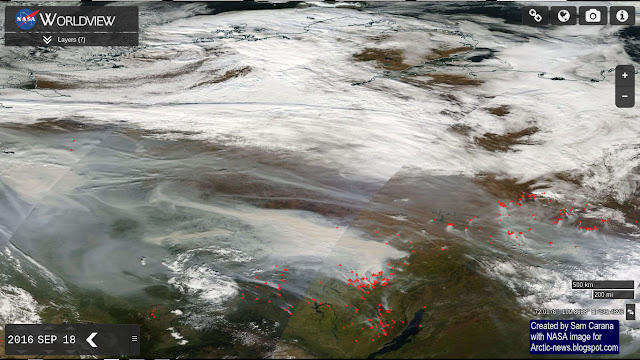