Violence across the United States

Military Patrols Charlotte's Streets as Protests Continue Over Police Brutality
The city of Charlotte, North Carolina took to the streets for a fourth night of demonstrations following the police shooting of 43-year-old Keith Lamont Scott on Tuesday. Earlier this week the state's governor called in the National Guard and declared a state of emergency, after protests on Tuesday and Wednesday nights turned violent. 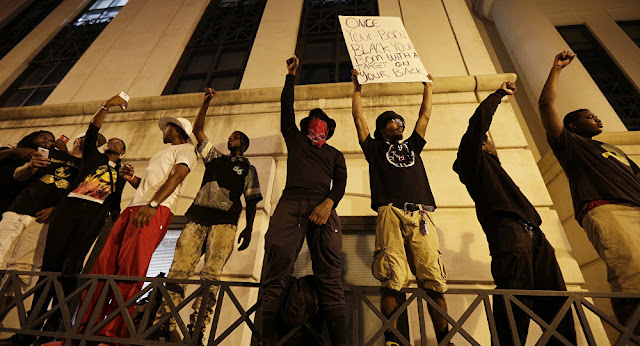 On Friday, Scott's wife Rakeyia Scott, released video taken at the scene of the shooting. Scott's family maintains he was unarmed, though police say a firearm with Scott's fingerprints was found at the scene.

Charlotte-Mecklenburg Police Chief Kerr Putney has said three officers present at the shooting were wearing body cameras, and protesters are demanding that those videos be released. Chief Putney has refused to do so, insisting that it may jeopardize the investigation into the killing.

Police have also admitted that the videos fail to provide "absolute, definitive, visual evidence" that Scott pointed a gun at the police before he was shot.

Demonstrations on Tuesday and Wednesday turned violent and destructive, with one person killed on Wednesday night. Thursday night's march was peaceful, and a midnight curfew announced by the city went unenforced after demonstrations stayed calm. 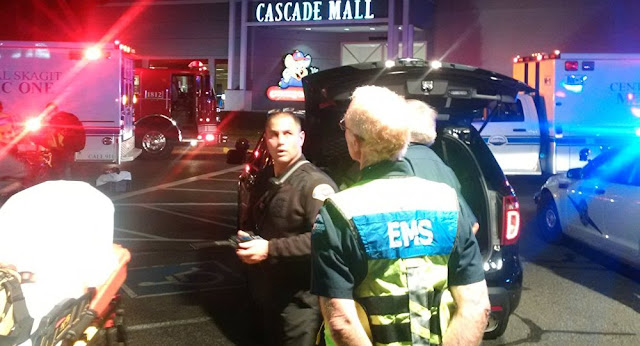 3 people were killed in a shooting at the Cascade Mall in Burlington.

MOSCOW (Sputnik) – Three people were killed in a shooting at the Cascade Mall in Burlington, Washington, and one is in hospital in critical condition, police have confirmed.

The casualty count, as announced by the police, has changed several times over the course of the police investigation.

Initially, police said that at least four people were killed before revising the number down to three dead and two injured.

In the latest update, Official Washington State Patrol District 7 Public Information Officer Sgt. Mark Francis said that four people have been killed in the incident, all of these female, The Seattle Times newspaper reported on Friday. ​

The shooting occurred at about 07:20 pm local time on Friday (02:20 GMT on Saturday) at the Cascade Mall which is about 65 miles north of Seattle, according to Q13 FOX.

According to Francis, the shooter is a "Hispanic male wearing grey." Several police teams are reportedly sweeping the mall and a police helicopter has also been sent to the scene.

According to Francis, the initial clearance has been completed.