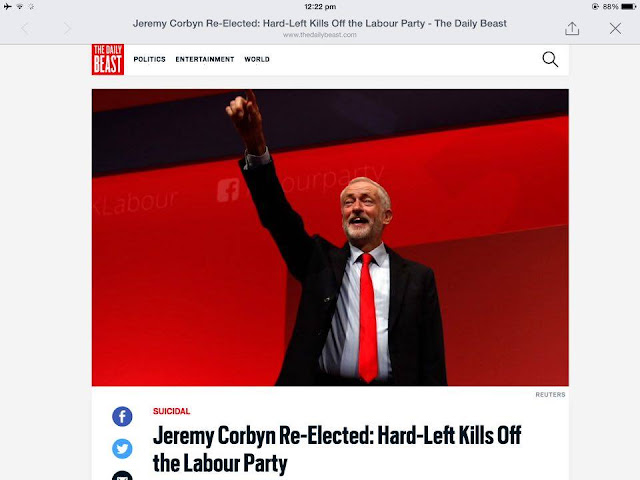 Jeremy Corbyn has been re-elected as leader of the UK's Labour Party, comfortably defeating his challenger Owen Smith.

He won 61.8 percent of the vote, a larger margin of victory than last year. 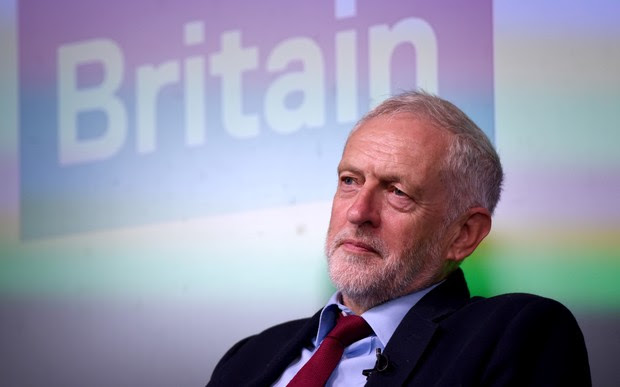 Mr Corbyn was re-elected in a leadership contest that was triggered by a motion of no confidence. Photo: AFP

Mr Corbyn vowed to bring Labour back together, saying, "We have much more in common than divides us", and insisting the party could win the next election as the "engine of progress" in the country.

More than half a million party members, trade unionists and registered supporters voted in the contest.

In a result announced on the eve of Labour's party conference in Liverpool, Mr Corbyn won 313,209 votes, compared with Mr Smith's 193,229.

Mr Corbyn said the debate about who led the party was "now over" and Labour needed to take its message on the economy, education and the NHS to the country.

Asked what steps he would take to reassure critical MPs, he said the return of shadow cabinet elections was "absolutely in the mix", although he declined to rule out the possible deselection of sitting MPs in the run-up to the next election.

"I think you will see a lot of changes over the next few weeks," he said.

Victory will be sweet - not just because it is a confirmation of his remarkable support among thousands upon thousands of members around the country.
It is Mr Corbyn's second defeat of the Labour establishment, who many of his supporters believe have tried to undermine the leader consistently over the last 12 months.

They talk of a "surge in the purge" as the leadership contest progressed - party officials vetting and checking new supporters who had registered to vote.
There are claims that Labour headquarters deliberately threw Corbyn supporters off the voting lists to reduce the size of his victory.

Corbyn supporters believe many MPs have done nothing in the past year other than try to damage his leadership and today they will be shown to have failed badly in their attempt to oust him.

In his acceptance speech, Mr Corbyn said he was "honoured" to have been elected in a contest that followed months of tension with many Labour MPs and urged people to "respect the democratic choice that has been made".

Addressing supporters, Mr Corbyn said he and his opponents were part of the "same Labour family" and everyone needed to focus their energy "on exposing and defeating the Tories".

"We have much more in common than divides us," he said.
"Let us wipe that slate clean from today and get on with the work that we have to do as a party."

Owen Smith, who had previously ruled out returning to the front bench, said he respected the result and the onus was on Mr Corbyn to "heal divisions and unite our movement".

"Jeremy has won the contest," he said. "He now has to win the country and he will have my support in trying to do so."

Despite winning the leadership in a vote of the wider membership and registered supporters last year, Mr Corbyn, who spent three decades as part of a marginalised leftwing group of Labour MPs in Parliament, has never had the support of more than about 20 percent of Labour's MPs.

And the contest came about after more than 170 MPs supported a motion of no confidence in their leader - that confidence vote came after dozens quit his shadow cabinet and other frontbench roles.

The Conservatives said Mr Corbyn's re-election would not end the "bitter power struggle" within the opposition.

This morning I had the privilege to be at the special conference for the announcement of the result of the leadership contest between Jeremy Corbyn and Owen Smith.

But there was a significant little passage of events that you will have missed. I was seated directly behind deputy leader Tom Watson and party General Secretary Iain McNicol, within easy touching distance (if I had wished:

As he prepared to read the results, NEC Chair Paddy Lillis said he would read out the overall result but would also show the results by voting constituency (full members, supporters and affiliate).

After reading out the overall result, there was a look – missed by the cameras as they cut to Corbyn and the crowd – between McNicol and Lillis, the latter then referring to the split of votes among constituencies being on the screen but not reading them out as was done at last year’s announcement. Those results were therefore on a screen for those present to see, but not shown to those watching via the cameras of BBC News etc.

When you see what those figures showed, it’s not hard to understand why McNicol and co wouldn’t want them broadcast to millions of people. Here are the broken-down results:

There are two major reasons why the party machinery doesn’t want those figures on show.

Firstly, they show that Corbyn won a clear majority in every category, whereas last year the only one in which he (just) failed to win was that of full members, where he polled 49.5%.

Today’s result shows that – in spite of constant character assassination by both ‘coup’ MPs and the media and the disenfranchisement of massive numbers of members, Corbyn’s support among full members has increased by no fewer than 8.5 points.

Which leads us onto the second reason – the numbers show the truly staggering extent of the systematic efforts to deny votes to those who were considered likely to support Corbyn. But that is something that definitely needs the light of scrutiny, so here’s another graphic to make it crystal clear:

This shows that my ‘conservative calculation’ earlier this week of 121,000 denied a ballot was indeed overly conservative.

Even excluding from the member count the 128,000 denied a vote because of the arbitrary imposition by the NEC of a 12/1/16 cut-off, the members who could have voted and didn’t are almost 138,000.

But let’s be cautious and say only 80% would have and couldn’t, because of suspensions or because they simply didn’t receive their ballot (a situation we already knew was high).

That means over 172,000 would-be voters were unable to participate in the election – of which the vast majority would incontestably have voted for Corbyn – almost as many as Smith was able to win in total and far more than his share if the 128,000 12/1/16 voters had not been excluded.

The scale of the gerrymandering by Labour party officials to try to undermine their own leader is simply huge. But not as huge as the fact that in spite of it, Corbyn was still able to increase his majority and achieve a clear win in all sections of the vote – and he deserveves massive kudos and congratulations for that.

Yet I bet you won’t see this in the mainstream.