This story, carried by Fars News, Alalalam, Superstation 95 appears to be confirmed by Russian Sputnik news in their Arabic service.

The people in this operations rooms were,it turns out, running  terrorists' attacks in Aleppo and Idlib. 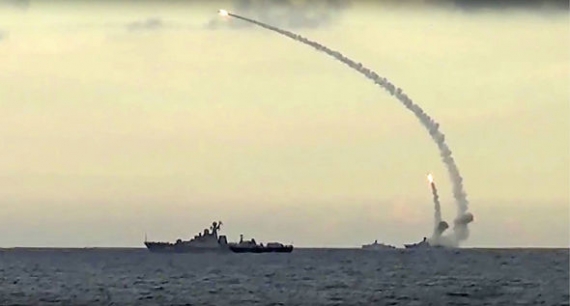 4:12 PM EDT- 21 September 2016 -- A Russian military vessel in the coastal waters off of Syria, targeted and destroyed a "foreign operations center" killing several American, Israeli, and Turkish Military officers.  "Russian warships fired Kaliber rockets onto the command posts of the terrorists in western Aleppo, where Turkish, Saudi, Israeli, UK, and US officers are deployed to aid their operations," Sputnik News Agency reported on Tuesday.

Been reading in other places online that US Special Forces are embedded with terrorist groups in Syria. This is beyond horrible!
The Russian warships stationed in Syria's coastal waters targeted and destroyed a foreign military operations room, killing over two dozen Israeli and western intelligence officers.

"The Russian warships fired three Kaliber missiles at the foreign officers' coordination operations room in Dar Ezza region in the Western part of Aleppo near Sam'an mountain, killing 30 Israeli and western officers," the Arabic-language service of Russia's Sputnik news agency quoted battlefield source in Aleppo as saying on Wednesday.
The operations room was located in the Western part of Aleppo province in the middle of sky-high Sam'an mountain and old caves. The region is deep into a chain of mountains.
Several US, Turkish, Saudi, Qatari and British officers were also killed along with the Israeli officers. The foreign officers who were killed in the Aleppo operations room were directing the terrorists' attacks in Aleppo and Idlib.
Earlier in September, the Syrian army units launched a preemptive strike on the terrorists of the so-called Aleppo Operations Room in their gathering centers near Castello road in the Northern areas of Aleppo and Mallah farms, foiling their plots to attack the region's supply route, a source said.
The source said that the army's artillery units attacked the terrorists' gathering centers near Castello and Mallah farms in Zahra Abdo Rabbah, Kafar Hamra and Hurayatyn which killed and wounded dozens of militants.
Also, the Syrian air force attacked the terrorists' supply route in Northern Aleppo towards Hayyan and Adnan as well as the supply roads in Western Aleppo towards the North and smashed the terrorists' convoys in al-Aratab, Urom Kobra and Ma'ara al-Artiq which thwarted the terrorists' plots and forced many of them flee towards the Turkish borders.
Informed media sources disclosed earlier that the Syrian army has continued its advances in the Southern part of Aleppo, and regained control over several strategic areas in the town of Khan Touman.
"A number of key warehouses of Khan Touman are now under the Syrian army's control," the Arabic-language media quoted an unnamed informed source as saying.
The source noted that the Syrian air force and army's artillery units also targeted the gathering centers and fortifications of the terrorists in Khan Touman.
Developing story, check back for updates.
The horrible question now facing the world:  Why were United States Military Officers "directing terrorist attacks" inside Syria? 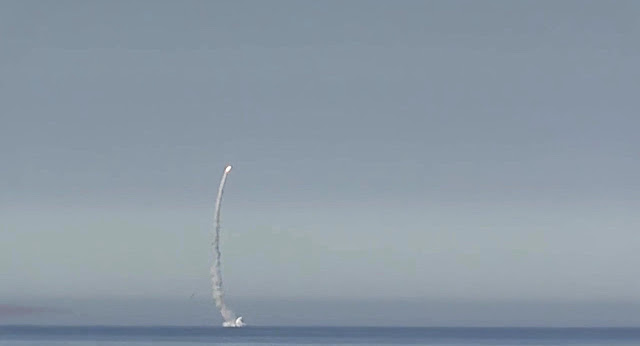 Reported Source field of the province of Aleppo, said that three missiles of the type of caliber that was launched by the Russian ships recently targeted an Operations room for terrorists in Deira, the resolve of the west of Aleppo in the area of Mount Simon, which is famous for nature and the mountain extreme and the cave of old.

And the source for the"Sputnik", to the operating room include 30 officers leading from the Turkish army and the American and Saudi and Qatari and British and Mossad, are running terrorist operations in Aleppo and Idlib. © SPUTNIK. 100 people are able to escape from the Eastern neighborhoods of Aleppo, despite the threat of terrorists As for the situation in the field currently between the source, the Syrian army killed 20 militants during clashes that took place, the last couple of days, in the area of 1070, where there is sniper fire on civilians in the Al, note that there is a part of the area of 1070 with parents, and another part with the militants, and the third Military District with the Syrian army. Reports have been appearing in various pro-government media outlets since September 20 that some Russian warships, deployed in Syria’s coastal waters, hit with missiles a foreign-led military operations room near Aleppo city, killing 30 Israeli, US, Turkish, Saudi, Qatari and British officers.

The military operations room was allegedly located in the western part of Aleppo province in the middle of Sam’an mountain. It was set up by foreign intelligence services in order to coordinate operations of various militant group against the Syrian government forces in the provinces of Aleppo and Idlib.
Most of the pro-government media outlets cites the Arabic-language service of the Russian Sputnik news agency as a main source of the information.
According to AlMasdarNews:

“Russian warships fired caliber rockets onto the command posts of the terrorists in western Aleppo, where Turkish, Saudi, Israeli, UK, and US officers are deployed to aid their operations,” Sputnik News Agency reported on Tuesday.

Meanwhile, the Iranian Fars News Agency believes that it was on Wednesday:

“The Russian warships fired three Caliber missiles at the foreign officers’ coordination operations room in Dar Ezza region in the Western part of Aleppo near Sam’an mountain, killing 30 Israeli and western officers,” the Arabic-language service of the Russian Sputnik news agency quoted battlefield source in Aleppo as saying on Wednesday.

While there are no doubts that various ‘opposition’ and terrorist groups in Syria are trained, supplied and managed by foreign intelligence services (mostly US, Turkish and Saudi), the pro-government sources have not provided video or photo evidences in order to confirm this report. The Russian Ministry of Defense has not commented on the issue.