Vitaly Churkin at the UNSC 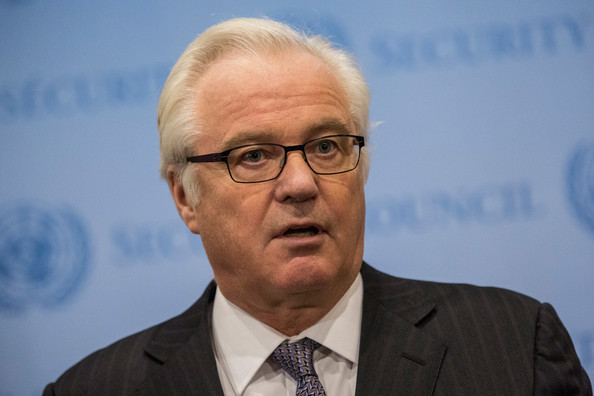 the Duran,
26 September, 2016
Russia’s envoy to the UN, Vitaly Churkin says, "The ceasefire can only be salvaged now on a collective basis."
With each passing day, more and more people wake up to the fact that the United States is directly supporting Al Qaeda and ISIS in Syria.

America’s plan was never to destroy ISIS. It was to use ISIS as its proxy “boots on the ground” in order to overthrow Assad.

The Saudi proxy army of Al Qaeda was likewise sent in to Syria to aid in the “Assad must go” mission…albeit the guys who took out the Twin Towers in 2001 now had a Madison Avenue rebranding under the name of Al Nusra.

Problem is Assad held his ground, as Syria fought back against incredible odds, and with a high cost.

Russia and Iran could not stand by any longer and allow Syria to be dismantled by the unholy American-Wahhabi alliance.

America now finds itself losing, unable to complete its goal of regime change.
Saudi Arabia remains silent thus far. All masters pulling the strings are usually quiet in the shadows. Why should the Kingdom make any statements on its failed war in Syria, when it has its bought and paid for puppets (Barack Obama, John Kerry, Samantha Power, and Hillary Clinton) out in front.

And so the war of words reached fever pitch at a UN emergency Security Council meeting where The Duran covered US envoy Samantha Power’s statement of support for ISIS and Al Qaeda.

Now we turn to the adults in the room…the real diplomats, to get beyond the western war spin and hear the uncomfortable truths about the Syrian invasion orchestrated by Washington and Riyadh.

It was revealed by Russia that Al-Nusra Front (aka Al Qaeda) in Aleppo continues to receive tanks and heavy weapons shipped by “western backers”.  American diplomats and mass media channels conveniently omits such facts, as the US does nothing to stop the flow of weapons to the terrorists in Syria.

“They are armed by tanks, APCs, field artillery, multiple rocket launchers… dozens and dozens of units, including heavy weaponry… Of course, they couldn’t have made this equipment themselves. All of this has been received by them and is still being shipped to them by generous Western backers, with the US, presumably, turning a blind eye.”

It was revealed by Russia that Al-Nusra (aka Al Qaeda) terrorists are using the civilian population of Aleppo as human shields, while indiscriminately attacking residential areas controlled by the legitimate, internationally recognized, Syrian government.

“Over 200,000 residents of Aleppo are hostages of the Al-Nusra Front and groups allied with it.”

Finally Russia countered statements made by Samantha Power, laying out the glaring fact that the US has been unable (after 8 months) to separate “good terrorists” from “bad terrorists”, or as America calls them “moderate rebels”…a term that has now become synonymous with Santa Claus and the Easter Bunny.

“The ceasefire can only be salvaged now on a collective basis. It’s not us that have to prove something to somebody unilaterally. We have to see proof that there is a genuine desire to separate US-allied rebel groups from the Al-Nusra Front, then destroy the Al-Nusra Front and bring the opposition into a political process. Otherwise our suspicions that this was only meant to shield the Al-Nusra Front would only grow stronger.”

And because the United States cannot separate “moderate rebels” from Al Nusra, securing peace in Syria “is almost an impossible task now.”

RT reports further on Russia’s position and statement at the UN meeting….

Moscow’s experience of giving concessions to the Syrian rebels following requests from the US, in the hope of it culminating in a ceasefire has not worked, Churkin told the Security Council adding that Moscow will no longer be following these steps.

Vitaly Churkin said that Russia has pressured Damascus on several occasions to meet the demands of its opponents, in the hope that this would lead to a ceasefire. However, this has not had the desired result and has seen constant violations by some rebel groups despite Washington’s promise to keep them under control.

“The American side de facto signed that it was unable to influence the groups it sponsors and to deliver on the deal as it promised. First of all, to separate those groups from terrorists and mark their positions on the ground accordingly,” he said.

He added that the actions of the US-led coalition, which killed 62 Syrian government soldiers in a miscalculated airstrike near Deir ez-Zor and exposed them to an offensive by the terrorist group Islamic State (IS, formerly ISIS/ISIL) damaged relations with Damascus.

Posted by seemorerocks at 20:21