Russian Foreign Minister Sergey Lavrov and US Secretary of State John Kerry have failed to secure a new ceasefire agreement despite days of meetings in New York City. RT correspondent Ilya Petrenko has the report. Then, former Pentagon official Michael Maloof joins RT America’s Manila Chan and says that blaming Russia for the Syrian government’s conduct is not a fair position for the US government to take 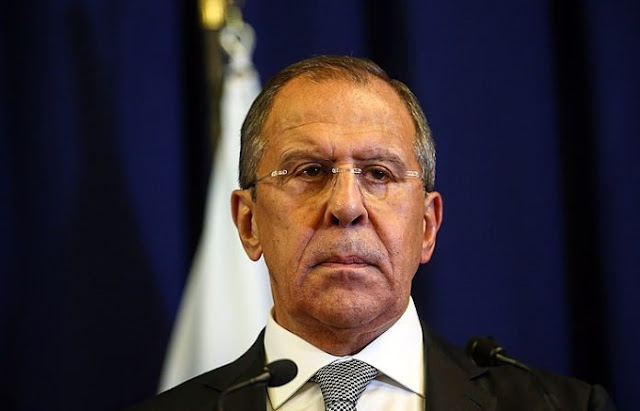 (TASS) The refusal or inability to separate opposition forces from militants in Syria indicates that plans to change the Syrian government remain in force, Russian Foreign Minister Sergey Lavrov said in his speech at the general discussion of the 71st session of the United Nations General Assembly on Friday.

"It is fundamentally important to meet the United Nations Security Council requirement to separate the so-called moderate opposition from terrorists. The United States and members of the U.S.-led coalition bear special responsibility for this process," Lavrov said.


"The refusal or inability to do that under the current circumstances cannot but strengthen suspicion that some wants to protect Jabhat al-Nusra and the regime change plans still exist, which is the grossest violation of the UN Security Council resolution," the diplomat stressed.

"It will be impossible to resolve the Syrian crisis and improve the dismal humanitarian situation without suppressing ISIS (Islamic State) and Jabhat al-Nusra (both terrorist organizations are banned in Russia - TASS) and the extremists groups which have merged with them.

This is the key to strengthening the regime of cessation of military hostilities and establishing truce on a nationwide scale," the Russian foreign minister said adding that "the ceasefire regime is senseless without separating the terrorists from moderate opposition groups."

Lavrov calls to take effort to prevent breakdown of agreements with US on Syria, Lavrov noted. Moscow insists on objective and unbiased investigation into the incidents in Syria’s Deir ez-Zor and Aleppo, Russian Foreign Minister Sergei Lavrov added:

"The most important thing now is to take effort to prevent the breakdown of these agreements, to investigate, objectively and unbiasedly, the incidents in Deir ez-Zor and Aleppo that undermine these agreements, the more so as there are a lot of those seeking to sabotage the coordinated approaches to the Syrian settlement."

Moscow insists on an objective and unbiased investigation of incidents in Der az-Zor and Aleppo, the diplomat stated.