The US is having an unusually warm winter

This article doesn't even mention Alaska!

Despite The Recent Snow, The U.S. Has Actually Been Having An Unusually Warm Winter

Yes, we know, it's been frigid in much of the U.S. this week. Winter storms have set some crazy snowfall records, and New England has been hit with an endless cycle of freezing temperatures.

But nationally, the country has been going through a surprisingly warm winter. According to the National Climatic Data Center, the December 2014 to January 2015 period has been the sixth warmest in the contiguous U.S. since record-keeping began in 1895. This January was also the second warmest on record globally.

Nine states in the West have had a winter that ranks among the 10 warmest on record, and temps in drought-plagued California have been more than 5 degrees Fahrenheit above average. Total precipitation levels have also been lower than average.

Nearly 3,500 records for daily high temperatures were broken or tied in January around the country, according to the NCDC, and 4,074 have already been set this month. This is particularly bad news for the Western U.S. and California, which had been hoping for a hefty snowpack to replenish severely diminished water supplies.

Despite the mild overall temperatures, the weather is horrifically cold for millions of Americans, and some areas have declared states of emergency, warning residents to limit their time outside. If you live in those areas, remember to stock up on emergency preparedness gear, and don't forget about keeping your pets safe as well.

And in case your climate change-denying relatives mention the cold right now as evidence that global warming is a hoax, remind them that weather is not climate; a few cold days don't change the overall temperature trends, which are going up. There is established scientific consensus that the climate is changing, and humans are very much responsible.

Here is the situation worldwide 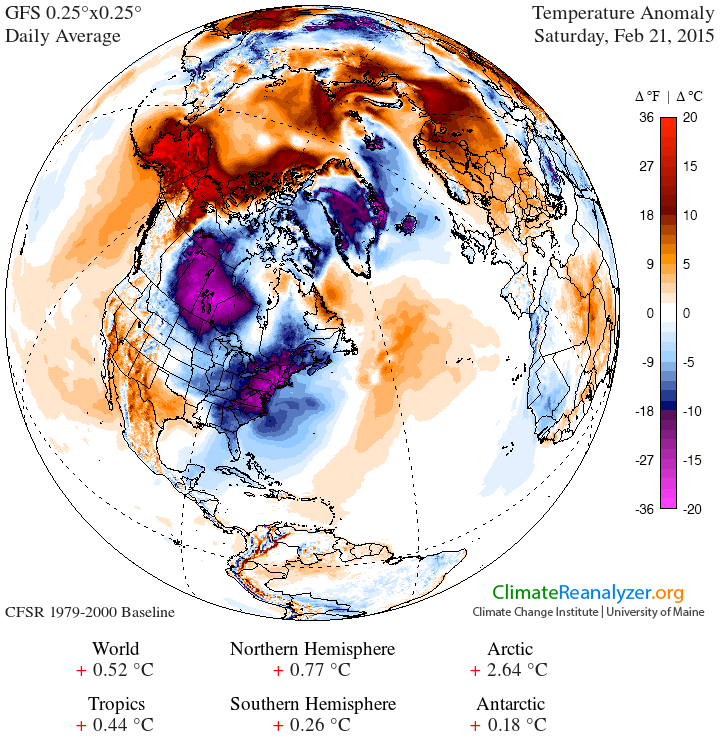 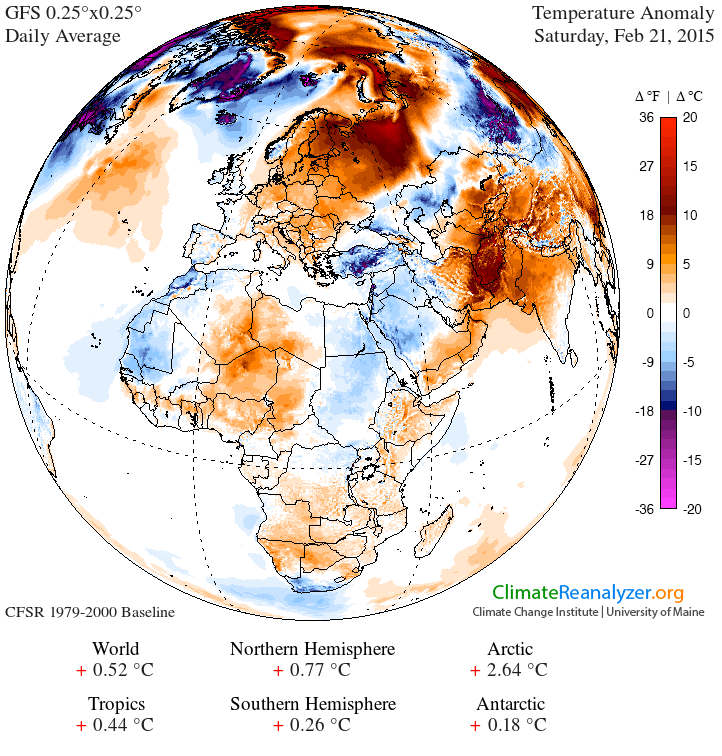 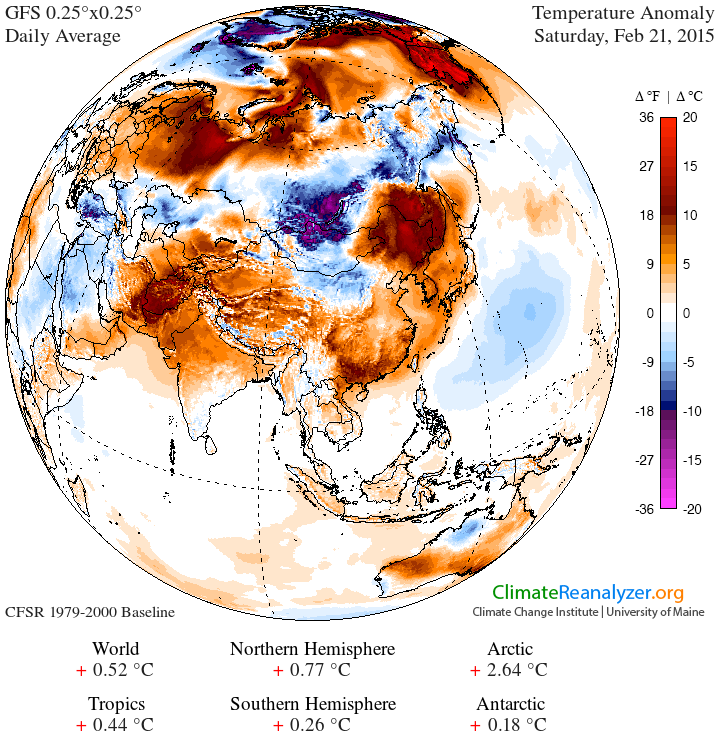 Posted by seemorerocks at 20:59