New Zealand: War, whether you want it or not

Demcracy in our liberal fascist country in action! - lol

This has no popular or political support. The military do not like it and the Iraqis are not playing ball - but Key wants it so it's going to be pushed through, with a debate and no vote because the outcome is predetermined - with only one ACT MP in favour it would lose the vote. 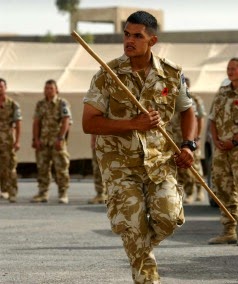 Cabinet is expected to agree in principle to the deployment on Monday after concerns were eased over the Iraqi Government's refusal to sign a "status of forces" agreement setting out the legal status of the New Zealand troops.

Alternatives including "diplomatic passports with guns" or special military or official passports are understood to be under discussion and sources say they should provide the level of legal protection demanded by the New Zealand government as a condition of sending troops.

"The Status of Forces agreement gives you your legitimacy; if you don't have one - if you take if from the ultimate end of the spectrum - you're actually an occupying force. It's rather like Russian soldiers turning up in New Zealand with weapons. They have no jurisdiction, no legality to be here, no legality to wear [weapons] and shouldn't be wearing uniforms and so on."

The contingent of as many as 100 troops will be based alongside Australian and other forces at the US military base Camp Taji north of Baghdad. It will include combat trained soldiers to provide "force protection" and a small army of logistics people, including command centre staff and intelligence people.

But the deployment is deeply opposed by Opposition parties who have warned that it could drag New Zealand into another long and bloody conflict, just two years after Kiwi troops were pulled from Bamyan, Afghanistan, a decade after the American invasion.

The divisions over Iraq are so deep Prime Minister John Key is likely to seek a Parliamentary debate without a vote, in stark contrast to 2003 when Helen Clark sought Parliament's backing to send the SAS to Afghanistan.

Clark said she did not need to put it to the vote but she wanted the troops to know they had the backing of Parliament. Every party except the Greens voted in favour.

But with Labour, NZ First, the Greens, United Future and the Maori Party lined up against sending troops to Iraq, the Government can only count on ACT, meaning it would almost certainly lose a vote because it has one vacant seat due to the resignation of Northland MP Mike Sabin.

Meanwhile across the Tasman

Government denies report Tony Abbott called for Iraq troop surge
Prime Minister Tony Abbott said it was "fanciful" that he would unilaterally propose sending a large number of Australian troops to fight Islamic State in Iraq without any international co-operation. 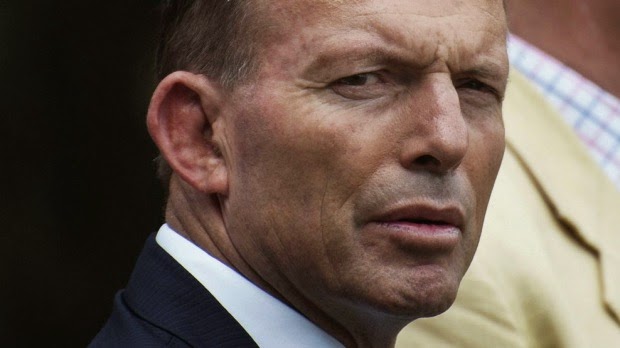 "We do not act unilaterally in the Middle East," he told reporters in Darwin.

According to the report in The Australian, in a meeting on November 25 last year, Mr Abbott suggested a unilateral invasion of Iraq by about 3500 ground troops to help stop the advance of Islamic State forces through the ravaged country.

But the idea was reportedly shot down by government military advisors, who were stunned the Prime Minister would suggest endangering Australian troops with no NATO or US cover to assist them.

According to the report, the advisors pointed out that such a move would make Australia the only Western country with troops on the ground in a disintegrating Iraq.

But Finance Minister Mathias Cormann said the statement supplied by the Prime Minister's office was not in direct response to the allegation put in the report, and was therefore out of context.

"My advice is the journalist who wrote that story actually never put that proposition to the Prime Minister's office when seeking comment," he said.

Treasurer Joe Hockey was also on the offensive this morning, taking to Twitter to refute the story.

The story by John Lyons today in @australian is just complete and utter rubbish. Factually wrong. Same as Garnaut in @smh yesterday.

The Australian's editor, Clive Mathieson, told Fairfax Media: "The Australian stands by the story 100 per cent. The Prime Minister's office was alerted to our questions verbally on Thursday afternoon and in writing on Friday morning." A Weekend Australian investigation has found that Mr Abbott pitched the idea at a meeting attended by his chief of staff Peta Credlin in Canberra on November 25.

The paper says that after he received no resistance from Ms Credlin or other members of his staff, he raised the idea with Australia’s military officials.

The Weekend Australian report says that Mr Abbott was told that a unilateral push from Australia would make it the only country with troops on the ground in Iraq.

The officials told the prime minister that it would be disastrous for the 3500 Australian soldiers to be in Iraq fighting ISIS without support from the US or NATO.

A spokesman for Mr Abbott told the Weekend Australian: “The Prime Minister has consistently said that the Australian government will continue to talk to the government of Iraq and to our ­coalition partners about what Australia can usefully do to make the world a safer place and to make Australia a safer country.”


The reported suggestion by Mr Abbott to send Australian troops to Iraq is likely to call into question his judgment having just survived a motion for a leadership spill.

Posted by seemorerocks at 16:45