Bombing in Kharkov Is an Obvious False Flag

After Debaltsevo, the cease-fire seemed like it was within reach. Why would the rebels want to provoke more violence?

There was a reason why I wrote lately that a temporary cease-fire may happen if the junta will stop shelling and there won't be bloody provocations with the goal of sustaining low-intensity military action. We didn't have to wait for long. Because the factor of Debalcevo is off the agenda, bloody provocations are needed to support the level of the conflict. The first of these already happened today in Kharkov.

In Kharkov, during the march in support of Ukraine's unity there was an explosion. This is announced by UNN. There are victims due to the explosion – about five people were wounded, another one, perhaps, perished, said the correspondent of the "112.Ukraine" channel. The explosion happened during the start of a peaceful march, he clarified. The participants of the march planned to walk towards the Constitution Square in the center of the city. At 2pm local time (3pm MSK) a memorial service for the perished participants of the Revolution of Dignity and the fighters of the security operation in Ukraine was supposed to start, wrote Korrespondent.net. 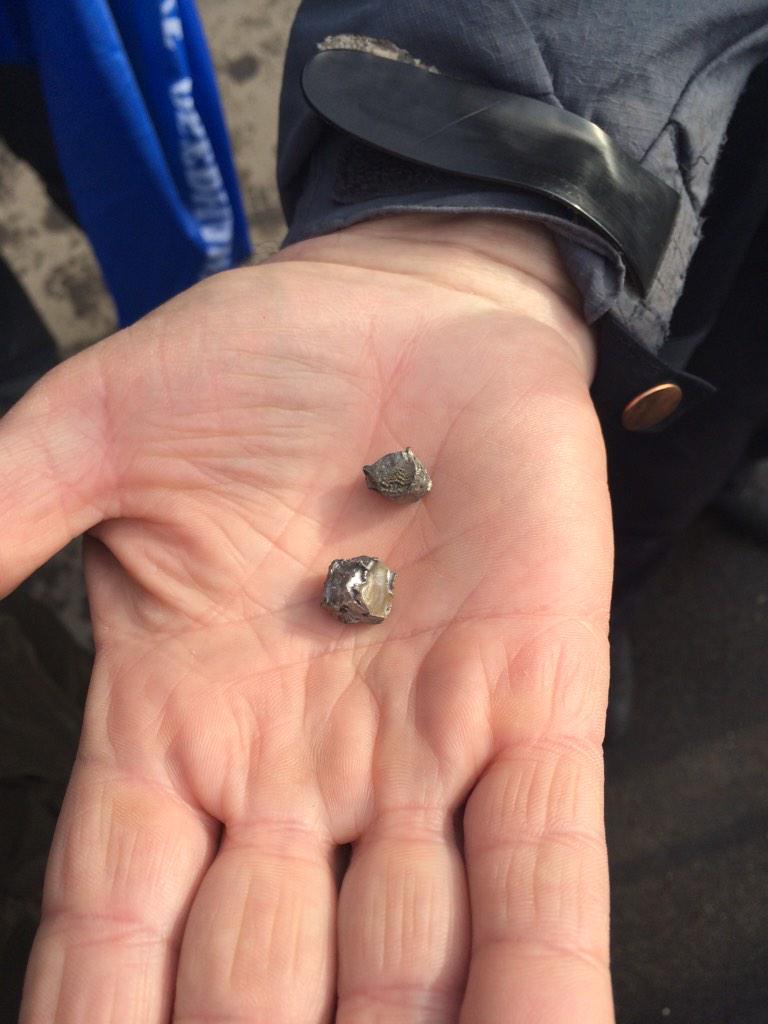 As the Ukrainian media state, the incident occurred as a column of activists was moving on Marshal Zhukov Street At least three people were wounded due to this terror act, all of them are unconscious, one person is lying on the street, covered in blood, it is hard to evaluate his state. Furthermore, one police officer was wounded — he received a leg wound. Ambulance doctors are currently working on the scene.
It is known that almost 500 people gathered to participate in a patriotic march in Kharkov – among them there were activists and members of Kharkov patriotic movements with Ukrainian flags.

According to the preliminary data, one police officer and the head of the Kharkov Maidan self-defense did.

PS. Because at this stage Russia is rather interested in freezing the conflict, it is unlikely that pro-Russian guerrillas will arrange such actions and undermine the process of freezing the conflict that is acceptable to Russia. On the other hand, such actions are clearly beneficial for those who are interested in the increase of the intensity of the conflict and in the escalation of the hybrid war with the goal of sabotaging the Minsk agreements. The motive is quite clear here.

I'm absolutely sure that this is not the last such actions. It is worth noting that in the previous days the junta media were actively fear-mongering on the subject of the NAF preparing an offensive on Kharkov and Mariupol. The DPR leadership was even forced to publicly denounce the junta's insinuations and state that there are no planes of an offensive on Mariupol right now. Actually, this is what they will try to bind this explosion too, saying that the NAF are preparing an offensive on Kharkov and that is why they blew up the bomb. This is how the Ukrainian media will present this story. It is quite probably that the next provocation after Kharkov will be again in Mariupol.

And more on the topic of provocations. Here is a video with substantive proof (the captured journal of firing on Kirovskoye and the village of Shevchenko) of goal-directed shelling of the settlements of the people's republics by the fascist junta artillery. The journal itself is evidence that proves that the AFU artillerists committed war crimes.

If you notice a Bander-log who will tell you stories of how "the militia shell their own cities", then you can go ahead and point him to this video.

Absent a proper version with English subtitles, the only option here for people who cannot understand spoken or written Russian is the so-called "drunken sailor option" – the machine translation of the machine-generated Russian transcript, which is available through the Settings Gear in the lower left corner => Subtitles/CC => Translate Captions option in the Youtube window. If you happen to have a link to a properly translated version of this video, then please send it to me or post it in the comments.

You will see the  "banderlog", which will broadcast stories about "attacks by militias of their cities"  You can safely stick to this video.

UPD: SBU is already managed to detain the performers. How convenient.

UPD2: Video from the scene of the explosion.

Plus a picture that speaks

UPD3: Ther was a warming 3 days prior to the current events here  http://9oodw1n.livejournal.com/20865.htm L  It warned of terrorist attacks in public places.