Explosion at rally in Kharkov

Immediately after the bombing in Kharkov, the Kiev regime extended the "ATO" zone of operation in Donbass to now cover Kharkov oblast as well.
---Mark Sleboda

The Guardian, reporting this uncritically reports the Ukrainian SBU (they already know whodunnit before any evidence is provided

Can you imagine the Guardian quoting the head of the FSB?!

Markian Lubkivskyi, an aide to the head of Ukraine’s SBU security service, said four suspects had been arrested.

“They are Ukrainian citizens, who underwent instruction and received weapons in the Russian Federation, in Belgorod,” he told Ukraine’s 112 Television. Belgorod is a Russian city just across the border from Kharkiv.

Those marching in the front were hurt, with Tass reporting from the scene that at least 15 people sustained injuries and 3 others were killed. Other outlets speak of four and eight casualties.

Interior Ministry head Anton Gerashenko gave the names of the two victims on his Facebook page: local activist Igor Tolmachev and a military officer identified as Lieutenant Colonel Ruybalchenko. He added that the explosive device was planted in a bank of snow along the march route. 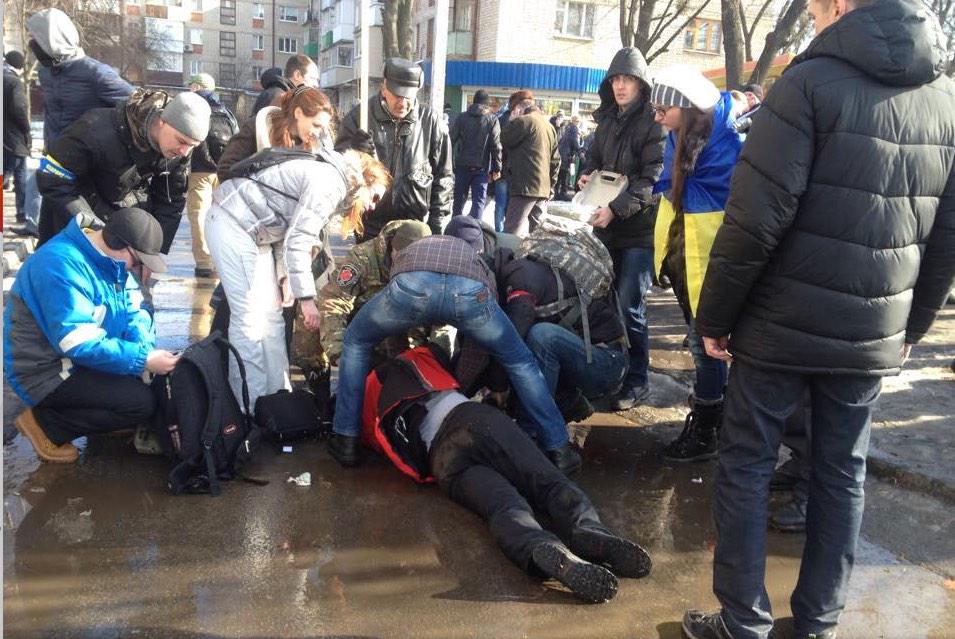 “The blast went off when the march participants started moving from the Sports Palace to Svobody (Liberty) Square,” a witness told Gromadske TV. “An explosive device was planted around 100 meters from the palace. Two people have died.”

Witnesses interviewed by TASS also claimed the explosive device was thrown from a passing car, however, authorities appear to stick to the planted device version.

Kharkov’s prosecutor’s office has launched an investigation into the explosion, describing it as a “terrorist act".

“All victims have shrapnel wounds from a grenade blast. Three are in a serious condition,” said Aleksandr Galatsan, the head of the regional Department of Health.

A police officer is among the casualties, law enforcers told TASS. 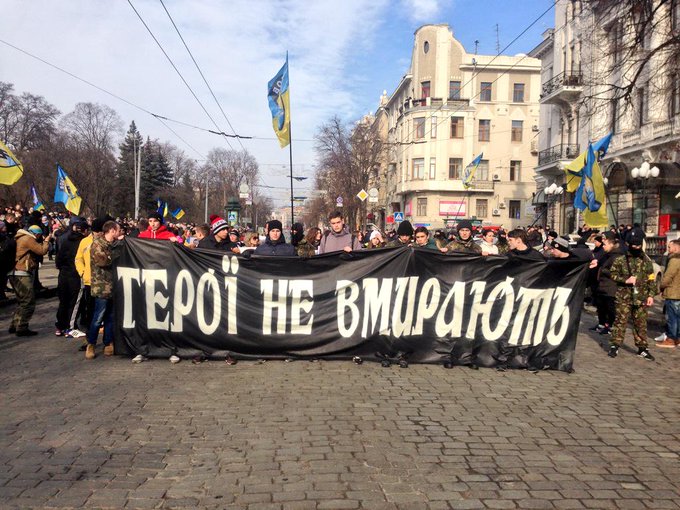 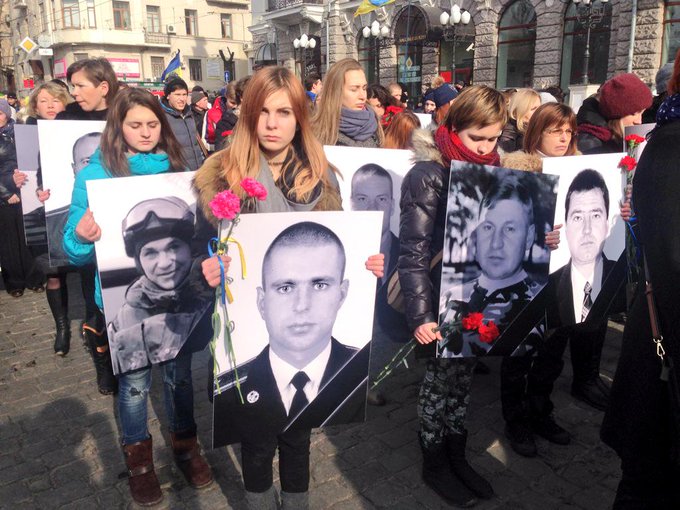 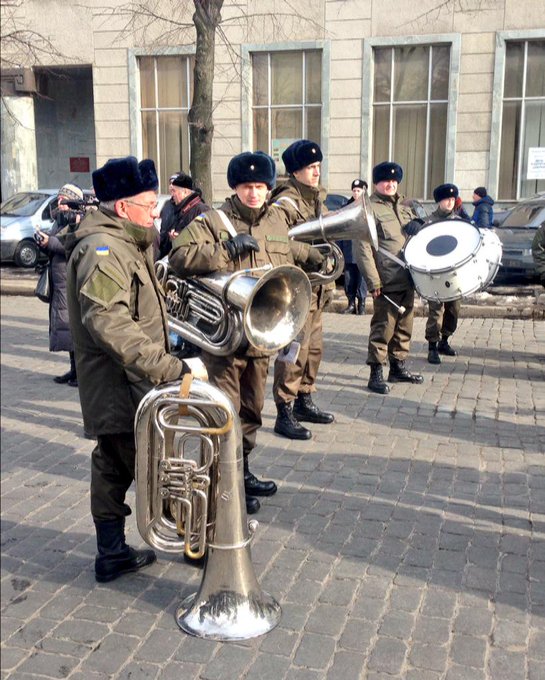 An anti-terror operation has been launched in the explosion's aftermath, said Anatoly Turchinov, head of Ukraine’s security and defence council.

Turchinov said, that “four members of the group behind the explosion have been detained, and arms, including a grenade launcher, were confiscated.”

The adviser to the SBU chief, Markian Lubkivsky, said the service was aware of a series of terrorist acts planned for Sunday, RIA Novosti reported.

Security services were able to give advance warning of a terrorist act in Odessa, said President Petro Poroshenko during his meeting with Polish President Bronislaw Komorowsky. The Polish leader was invited to Kiev by Poroshenko to attend the commemoration events to victims of the violence during the Maidan protests.

Earlier in the day, 133 Ukrainian soldiers, freed as part of a prisoner swap with the rebel forces, arrived in Kharkov.

The march in Kharkov was organized in commemoration of the 2014 Maidan events, which brought about regime change in Ukraine.

Kharkov, in northeastern Ukraine, is the country's second largest city in terms of population. The Kharkov region is under Kiev control and is close to the self-proclaimed republics of Donetsk and Lugansk.