PROVOCATION: US parades its flag 300 meters from Russian border

This was 150 km from Russia's second capital, St Petersburg!  The Americans are flying their flag 300 m from the border with Russia.

What sort of provocation is this!!

Reported on yesterday, this needs to be emphasized as a huge provocation to Russia along with a huge arms deal between Poroshenko with the UAE (probably acting as a proxy for the United States) and the cutting off of gas supplies to Donbas by the Kiev junta. Meanwhile Cameron is supplying Kiev with “advisors”


This situation is deteriorating rapidly as Ukraine sinks into a hyoerinflationary crisis and Putin gets serious about gas supplies.

US-NATO Military Convoy of Tanks and Armored Vehicles at Russia’s Doorstep, Rolling Along the Estonia-Russia Border

In the video below you can see a long column of military vehicles, including tanks and armored cars. This column, according to the caption, was filmed on 23 February in the border city of Narva, Estonia, The city is located on a reservoir that provides St. Petersburg [electric] power.

What is striking about these images is that this military convoy is openly displayed to the public.
Some vehicles are harboring US flags. 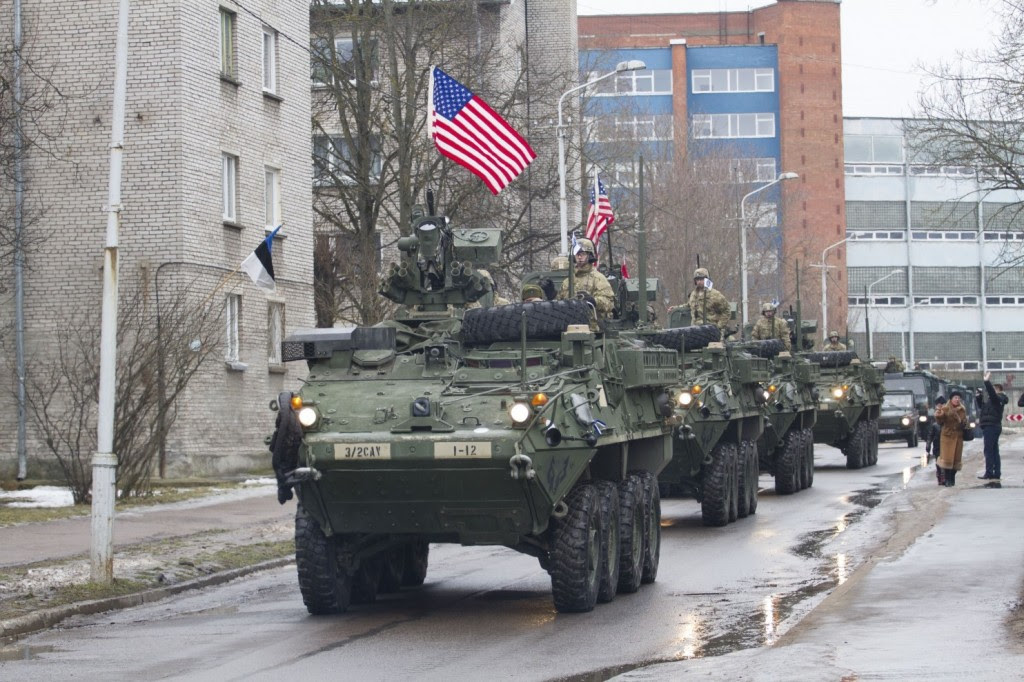 The convoy is crossing the city [of Narva within less than a kilometer  from the Russian border].  It can be filmed by anybody. [Note the picture below, Estonia on the left.  Russia on the right on the other side of the bridge]. 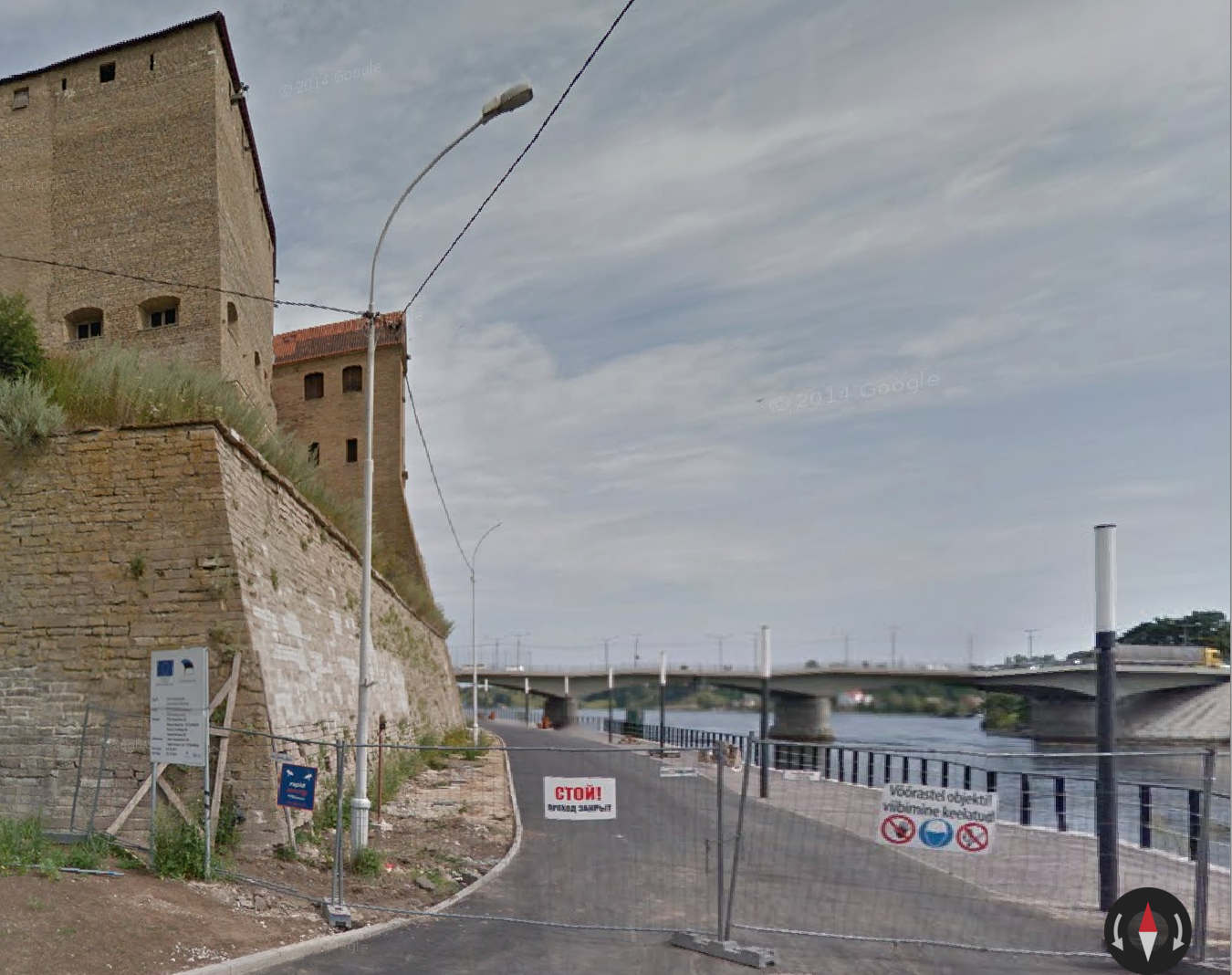 It is a symbol of military superiority.  [Or is it ? Rather low tech in terms of military technology] 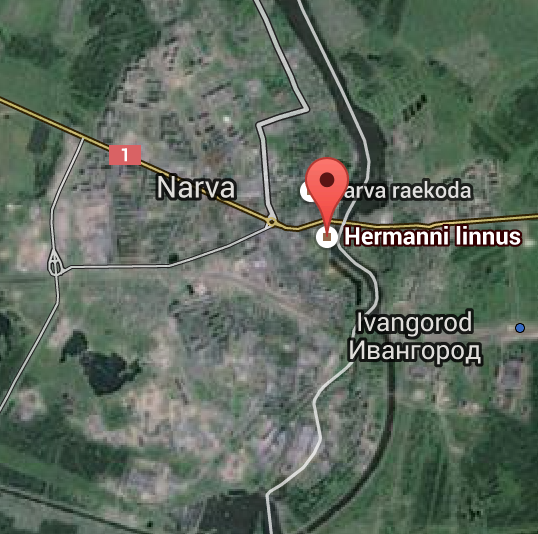 You can imagine how Putin might feel in this regard, [a US-NATO convoy] close to his former power base of Saint Petersburg. That might well be the underlying intent [of this military convoy].
This may be part of a major NATO exercise to be held in the area. The Netherlands is also involved.

Of course, NATO military exercises can occur anywhere. But why specifically are they taking place in Estonia [at Russia's doorstep]? And why are they displaying American flags right on the Russian border? And why now, with the resurgence of war in Ukraine? (See map right of the city of Narva, Russia’s border town Ivangorod is on the other side of the River).
According to NATO, Putin has a destabilizing influence in the Baltics, and the Cold war is increasingly becoming a Hot War.
…
Original Dutch,  translated from the Dutch. Edited by Michel Chossudovsky, annotations and images by Global Research
*    *    *
Text of the original article in Dutch
De Nieuwe Realist,  24 FEBRUARI 2015 –  http://joostniemoller.nl/2015/02/lange-amerikaanse-colonne-aan-russische-grens-estland-video/#more-5061

NATO member Estonia has held a military parade in border town of Narva, just 300 meters from the Russian border. Tallinn is a long-time critic of Moscow, which it accuses of having an aggressive policy towards the Baltic nation.

Estonia also showed off its own howitzers, anti-tank and anti-aircraft weapons, armored vehicles and other hardware. Over 1,400 troops also marched the streets of Narva.

The parade is an obvious snub at Estonia's eastern neighbor Russia, whom it accuses of pushing aggressive policies in Eastern Europe. The Estonian government is among several vocally accusing Russia of waging a secret war against Ukraine by supplying arms and troops to anti-Kiev forces in the east.

Moscow denies the accusations, insisting that the post-coup government in Kiev alienated its own people in the east and started a civil war instead of resolving the differences through dialogue.

NATO seized the Ukrainian conflict as an opportunity to argue for a military build-up in Eastern Europe, supposedly to deter a Russian aggression. The three Baltic States are among the most vocal proponents of this policy.

Russia sees it as yet another proof that NATO is an anti-Russian military bloc that had been enlarging towards Russia's border and compromised its national security.

The Estonian government defended its right to hold whatever military maneuvers it wants in its territory.

“Narva is a part of NATO no less than New York or Istanbul, and NATO defends every square meter of its territory,” Estonian Prime Minister Taavi Rõivas said in a speech in capital, Tallinn.

Estonia Narva - Military Parade - Man with the flag of Russia: http://youtu.be/3FEq-Fxqszs?a  via @YouTube

Historically Narva was a point of centuries of confrontation between Russia and Sweden, when the two nations fought for dominance in the region. The city changed hands several times and ended up under Russian control in 1704, serving as a military outpost for decades.

The city was again contested in the wake of the Bolshevik revolution of 1917 and the dissolution of the Russian Empire it triggered. Narva took turns between being governed by the self-proclaimed Estonian Republic, occupying German troops and the Red Army until eventually becoming Estonian again under a peace treaty between Estonia and Russia.

It then changed hands between Nazi Germany and the Soviet Union along with the rest of the Baltics during World War II and went on to be part of an independent Estonia in 1991.

The city has a large number of ethnic Russians and a strong pro-autonomy movement, with some Estonian politicians fearing that it could be exploited now by Russia to saw dissent. Commenting on the issue in an interview with Washington Post, President Ilves said seeing Narva as a potentially separatist region “is stupid.”