No UN peacekeepers for Ukraine - EU

The EU says "no thanks!" to Poroshenko 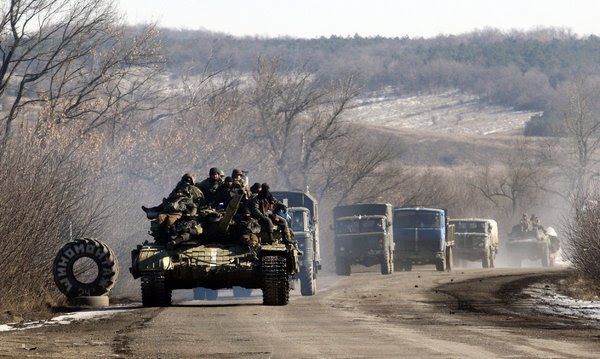 Good news today - the EU declined the goofy idea of "EU peacekeepers" in the Ukraine.

Here is the original article in German:http://deutsche-wirtschafts-nachrichten.de/2015/02/20/eu-kommission-lehnt-polizei-einsatz-in-der-ukraine-ab/

This is the Google machine translation:https://translate.google.com/translate?sl=de&tl=en&js=y&prev=_t&hl=en&ie=UTF-8&u=http%3A%2F%2Fdeutsche-wirtschafts-nachrichten.de%2F2015%2F02%2F20%2Feu-kommission-lehnt-polizei-einsatz-in-der-ukraine-ab%2F&edit-text= PRAGUE, February 20. /TASS/. Ukrainian President Petro Poroshenko’s call for sending UN peacekeeping forces to the south-east of the country runs counter to the Minsk agreements, Czech Foreign Minister Lubomir Zaoralek said on Friday. According to him, all talks of sending UN peacekeepers to Ukraine are pointless: Russia as the UN Security Council permanent member has the veto power. It is impossible to send UN forces to any spot of the world without Russia’s consent.

"There have been negotiations in Minsk. Agreements have been reached. It’s impossible now to put forward new demands. It is necessary to focus on the implementation of the Minsk agreements," he said. "Russia has a very strong argument - the proposal to deploy the UN peacekeepers contradicts the Minsk accords. OSCE experts are monitoring the settlement process. All the sides involved in the crisis settlement agree to this variant."

"The most important thing now it to insist on the fulfilment of the Minsk agreements. This is simple arithmetics," said Zaoralek. "Russia will not recognise a UN mission in which it will not be able to participate. In the OSCE mission it has the possibility of such participation and therefore agrees with it.

And we for our part should insist on the observer mission’s proper operation."
Prague calls for strengthening the OSCE mission mandate in Ukraine. It is ready to expand its participation in it.

"This option [extension of the OSCE mission competence] is most relevant and has much more chances for success than the deployment of the UN forces".
Posted by seemorerocks at 12:32