Wild weather hits Queensland and Northern Territory as Cyclone Marcia and Cyclone Lam attack
A number of heat records have been broken in Western Australia's Goldfields region as a dry spell across the region persists. The destructivical cyclone made landfall on the Queensland coast as a category 5, heading towards the coastal town of Yeppoon where destructive winds and massive swell has caused damage and left more than 30,000 homes without power.

* Cyclone Marcia has been downgraded to a category 4 but still brings very destructive winds up to 250km/h.

* The severe tropical cyclone is travelling over Yeppoon heading towards Rockhampton.

* Residents of the Yeppoon and Rockhampton areas, off the Queensland coast have been warned not to go outside.

* Two fishermen who went missing overnight in a boat off Fraser Island have been found.

* Cyclone Lam has made landfall as a category 4 system and has been downgraded to a category 3.

1pm:
The destructive winds of Tropical Cyclone Marcia have ‘grazed' Yeppoon and are head directly towards Rockhampton.

Providing an update on the cyclone's destruction, Queensland Premier Annastacia Palaszczuk re-issued her warning for residents to stay indoors and stay safe.

“The eye of Cyclone Marcia by Yeppoon and is heading directly to the path of Rockhampton," she said.

Passing through the coastal town of Yeppoon, Marcia has left more than 33,000 homes without power, the Premier said.

There have been trees down and slight damage to houses, Ms Palaszczuk advised, and a full assessment is expected within hours.

“My message to Queenslanders is this is still a dangerous cyclone, it is still severe,” Ms Palaszczuk warned. Soaring temperatures break heat records in Goldfields
A number of heat records have been broken in Western Australia's Goldfields region as a dry spell across the region persists. 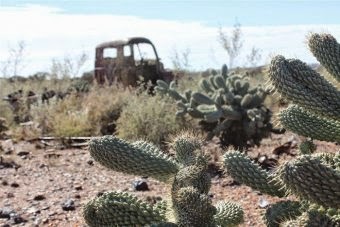 Soaring temperatures have seen Leonora break its highest temperature record four times this month, with the new record being set at 46.8 degrees Celsius.

Laverton also broke its highest temperature ever recorded with 45.6C.

Kalgoorlie Bureau of Meteorology's Dee Taaffe said Leinster broke its record for the most consecutive days of temperatures above 40 degrees in January.

"During that period the temperatures did not fall much below 25 degrees so not only were the days quite warm, so were the nights."

A dry spell has persisted with Kalgoorlie-Boulder and Leinster only receiving 0.4 millimetres of rain so far this year.

Ms Taaffe said while it was very dry around the Goldfields, no rainfall records have been broken yet.

"Across the Goldfields we have not had much rain at all," she said.

"But it's not unusual for the region to have a zero rainfall over the summer months. We haven't broken any records."

She said previous records showed the region experienced 149 days in a row without any rainfall.

"That was just short of five months; that occured from the seventh of December to the fourth of May from 1949 to 1950," Ms Taaffe said.

"So that was a really dry season." 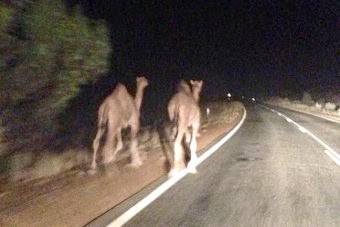 Meanwhile, camels looking for water are causing havoc on pastoral stations in the northern Goldfields.

Laverton Shire president Pat Hill said large numbers of the animals were wandering in from the Great Victoria Desert in a desperate search for water.

"I manage a property south of Laverton, Mt Wells station, and roughly about 100km of the eastern boundary of that station backs onto vacant crown land," Mr Hill said.

"Basically there is no feral animal control from that boundary right out to the South Australia border.

"So we're the ones that cop the brunt as the camels and wild dogs move west for water and food opportunities.

"It's a big problem at the moment and we're getting over 200 camels at one windmill."

"We've had troughs, fences, yards, tanks all completely destroyed by them," he said.

"It's only since Christmas that it's got really bad. We do have camel movements all the time but you don't usually get them in packs like this of over 200. You might get half a dozen.

The north of the state is no stranger to summer heatwaves and in recent weeks has sizzled through soaring temperatures.

Roebourne, Shay Gap and Marble Bar in the Pilbara have all nudged record temperatures in the high 40s this season.

Today Marble Bar, known locally as Australia's hottest town, is set to record its 14th day in a row above 44C.

A cooler change is expected on Tuesday, when the mercury's forecast to reach 36C