This exchange took place almost a year ago. 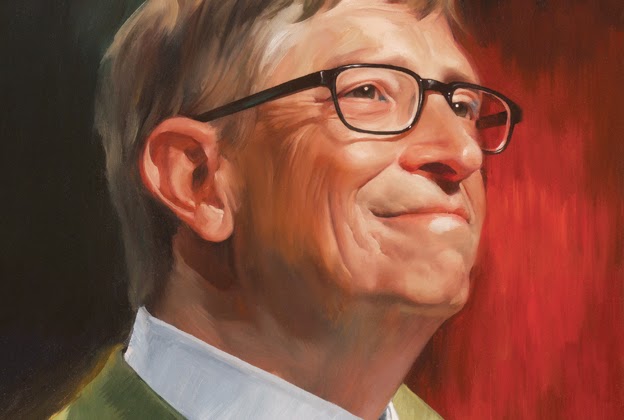 The unlikely topic of climate change came up in a recent discussion between Bill Gates and prominent conservative donor Charles Koch, the Microsoft co-founder said.

In an interview with Rolling Stone, Gates shared his views on climate change and mentioned that, during a private dinner with Koch, the issue came up.

"I happened to be having dinner with Charles Koch last Saturday, and we talked a little bit about climate change," Gates said. "He's a very nice person, and he has this incredible business track record. He was pointing out that the U.S. alone can't solve the problem, and that's factually correct."

Gates added that the U.S. must take action to lead other countries in the fight against climate change.

"But you have to view the U.S. doing something as a catalyst for getting China and others to do things. The atmosphere is the ultimate commons," Gates said.

"We all benefit from it, and we're all polluting it. It's amazing how few problems there are in terms of the atmosphere. ... There's just this one crazy thing that CO2 hangs around for a long, long time, and the oceans absorb it, which acidifies them, which is itself a huge problem we should do something about."

Gates has some unconventional ideas about how to counteract climate change. The billionaire thinks geo-engineering, which involves large-scale projects that manipulate the atmosphere to counter global warming, could be useful.

"But one of the complaints people have against that is that if it looks like an easy out, it'll reduce the political will to cut emissions. If that's the case, then, hey, we should take away heart surgery so that people know not to overeat," he said.


Bill Gates: The Rolling Stone Interview
The richest man in the world explains how to save the planet