Water officials in Kern County discovered that oil producers have been dumping chemical-laden wastewater into hundreds of unlined pits that are operating without proper permits.

Inspections completed this week by the Central Valley Regional Water Quality Control Board revealed the existence of more than 300 previously unidentified waste sites. The water board’s review found that more than one-third of the region’s active disposal pits are operating without permission.
The pits raise new water quality concerns in a region where agricultural fields sit side by side with oil fields and where California’s ongoing drought has made protecting groundwater supplies paramount. 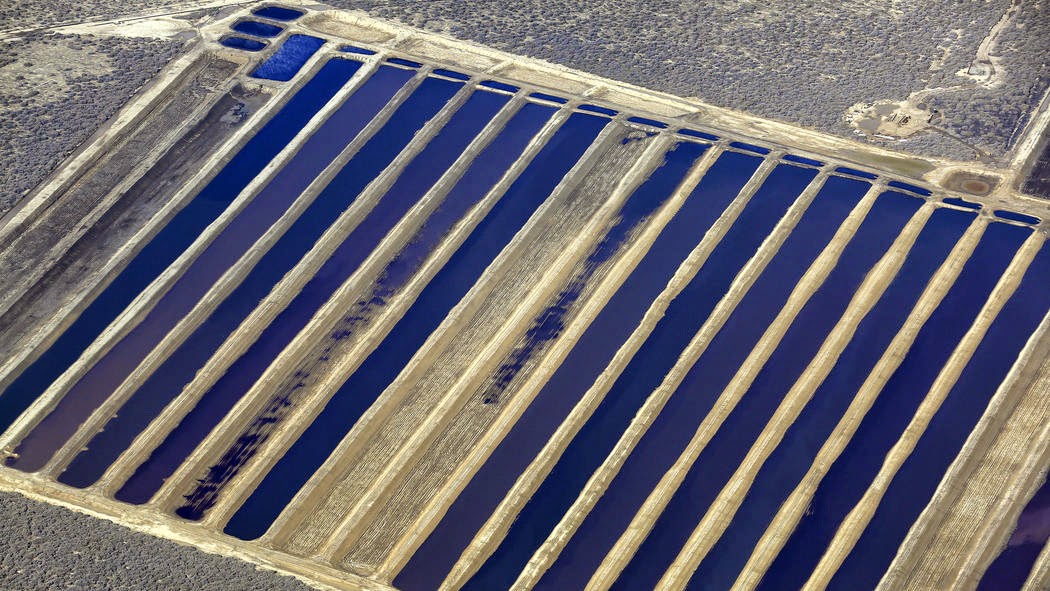 Clay Rodgers, assistant executive officer of the water board’s Fresno office, called the unregulated pits a “significant problem” and said the agency expects to issue as many as 200 enforcement orders.

State regulators face federal scrutiny for what critics say has been decades of lax oversight of the oil and gas industry and fracking operations in particular. The Division of Oil, Gas and Geothermal Resources has admitted that for years it allowed companies to inject fracking wastewater into protected groundwater aquifers, a problem they attributed to a history of chaotic record-keeping.
8
“The state doesn’t seem to be willing to put the protection of groundwater and water quality ahead of the oil industry being able to do business as usual,” said Andrew Grinberg of the group Clean Water Action.

The pits — long, shallow troughs gouged out of dirt — hold water that is produced from fracking and other oil drilling operations. The water forced out of the ground during oil operations is heavily saline and often contains benzene and other naturally occurring but toxic compounds.

Regional water officials said they believe that none of the pits in the county have linings that would prevent chemicals from seeping into groundwater beneath them. Some of the pits also lack netting or covers to protect migrating birds or other wildlife.

Currently, linings for pits are not required, though officials said they will consider requiring them in the future. Covers are mandated in some instances.

The pits are a common site on the west side of Bakersfield’s oil patch. In some cases, waste facilities contain 40 or more pits, arranged in neat rows. Kern County accounts for at least 80% of California’s oil production.

The facilities are close to county roads but partially hidden behind earthen berms. At one pit this week, waves of heat rose from newly dumped water, and an acrid, petroleum smell hung in the air.

Rodgers said Thursday that the agency’s review found 933 pits, or sumps, in Kern County. Of those, 578 are active and 355 are not currently used.

Of the active pits, 370 have permits to operate and 208 do not. All of the pits have now been inspected, he said.

The possible existence of hundreds of unpermitted pits came to light when regional water officials compared their list of pit operators to a list compiled by the Division of Oil, Gas and Geothermal Resources. The oil regulator’s list contained at least 300 more waste pits than water officials had permitted, Rodgers said.

His staff began inspecting the wastewater sites in April. Initial testing of water wells has not revealed any tainted water, he said.

The pits are an inexpensive disposal method for an enormous volume of water that is forced out of the ground during drilling or other operations, such as fracking. Rodgers said that just one field, the McKittrick Oil Field, produces 110,000 barrels of wastewater a day. According to figures from 2013, oil operations in Kern County produce 80 billion gallons of such wastewater — an amount that if clean would supply nearly a half-million households for a year.

More than 2,000 pits have been dredged over decades of oil operations in Kern County,according to water board records. Oil field companies have not always properly disposed of water, Rodgers said. As recently as the 1980s, it was customary to dump wastewater into drainage canals that line the San Joaquin Valley’s agricultural fields.

But using unlined pits to dispose of wastewater is becoming less common. Some states ban the practice, and many in the oil and gas industry do not consider it effective.

The water board’s long-term plan to address the problem includes requiring remediation of some abandoned pits so that contaminants left behind don’t pollute the air, Rodgers said.
In pits located near clean water sources, Rodgers said, operators will be required to install monitor wells to test water quality. The companies will pay for the testing and provide the results to water officials.

The water board will publish a series of general orders that he said will more tightly control the operation of wastewater pits.

“Our goal is to protect water quality,” Rodgers said. “Our goal is not to shut anybody down, but by the same token, they do not own the waters beneath them. Those waters are for the public good.”


Meanwhile, in another part of the country 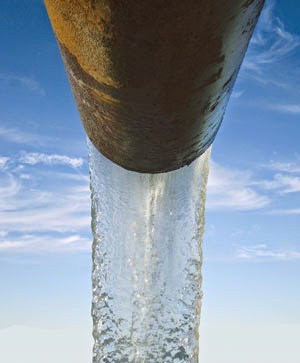 A Daniels, WV man who admitted to conspiring to violate the Clean Water Act has been sentenced to 21 months in prison.

John W. Shelton, 47, an employee of Appalachian Labs, admitted he and other employees tampered with water samples to make them appear to be within permissible levels of pollutants.

Shelton told the court he diluted samples by adding distilled water and substituted water samples from an area they called the "honeyhole," so named because samples from that spot were always within permissible limits.

Each time samples were dilutes or water was substituted, Shelton allowed excessive pollutants to be discharged from mining operations into adjacent rivers and creeks, U.S. Attorney Booth Goodwin said.

Shelton also admitted that from 2008-2013, he and other Appalachian Laboratory employees compromised the integrity of samples by keeping them in their trucks all day, instead of on ice as is required. He said they would put the samples on ice in coolers on days they knew inspectors would be on site, to make it appear that it was their normal routine.

Shelton was sentenced by U.S. District Judge Irene C. Berger. His case was investigated by the FBI and the Environmental Protection Agency's Criminal Investigation Division.