Three fronts for Russia: How Washington will fan the flames of chaos in Central Asia

by Ivan Lizan for Odnako 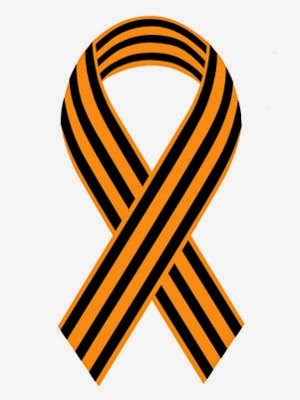 In the context of China’s inevitable rise and the soon-to-worsen financial crisis, with the concomitant bursting of asset bubbles, the only way for the United States to maintain its global hegemony is to weaken its opponents. And the only way to achieve that goal is to trigger chaos in the republics bordering Russia.

That is why Russia will inevitably enter a period of conflicts and crises on its borders.

And so the first front in fact already exists in the Ukraine, the second will most likely be between Armenia and Azerbaijan over Nagorno-Karabakh, and the third, of course, will be opened in Central Asia.

If the war in Ukraine leads to millions of refugees, tens of thousands of deaths, and the destruction of cities, defrosting the Karabakh conflict will completely undermine Russia’s entire foreign policy in the Caucasus.

Every city in Central Asia is under threat of explosions and attacks. So far this “up-and-coming front” has attracted the least media coverage – Novorossiya dominates on national television channels, in newspapers, and on websites –, but this theater of war could become one of the most complex after the conflict in the Ukraine.

A subsidiary of the Caliphate under Russia’s belly

The indisputable trend in Afghanistan – and the key source of instability in the region – is to an alliance between the Taliban and the Islamic State. Even so, the formation of their union is in its early days, references to it are scarce and fragmentary, and the true scale of the activities of the IS emissaries is unclear, like an iceberg whose tip barely shows above the surface of the water.

But it has been established that IS agitators are active in Pakistan and in Afghanistan’s southern provinces, which are controlled by the Taliban. But, in this case, the first victim of chaos in Afghanistan is Pakistan, which at the insistence of, and with help from, the United States nurtured the Taliban in the 1980s. That project has taken on a life of its own and is a recurring nightmare for Islamabad, which has decided to establish a friendlier relationship China and Russia. This trend can be seen in the Taliban’s attacks on Pakistani schools, whose teachers now have the right to carry guns, regular arrests of terrorists in the major cities, and the start of activities in support of tribes hostile to the Taliban in the north.

The latest legislative development in Pakistan is a constitutional amendment to expand military court jurisdiction [over civilians]. Throughout the country, terrorists, Islamists and their sympathizers are being detained. In the northwest alone, more than 8,000 arrests have been made, including members of the clergy. Religious organizations have been banned and IS emissaries are being caught.

Since the Americans do not like putting all their eggs in one basket, they will provide support to the government in Kabul, which will allow them to remain in the country legitimately, and at the same time to the Taliban, which is transforming itself into IS. The outcome will be a state of chaos in which the Americans will not formally take part; instead, they will sit back on their military bases, waiting to see who wins. And then Washington will provide assistance to the victor. Note that its security services have been supporting the Taliban for a long time and quite effectively: some of the official security forces and police in Afghanistan are former Taliban and Mujahideen.

The first way to destabilize Central Asia is to create problems on the borders, along with the threat that Mujahideen will penetrate the region. The testing of the neighbours has already started; problems have arisen in Turkmenistan, which has even had to ask Kabul to hold large-scale military operations in the border provinces. Tajikistan has forced the Taliban to negotiate the release of the border guards it abducted, and the Tajik border service reports that there is a large group of Mujahideen on its borders.

In general, all the countries bordering Afghanistan have stepped up their border security.

The second way is to send Islamists behind the lines. The process has already begun: the number of extremists in Tajikistan alone grew three-fold last year; however, even though they are being caught, it obviously will not be feasible to catch all of them. Furthermore, the situation is aggravated by the return of migrant workers from Russia, which will expand the recruiting base. If the stream of remittances from Russia dries up, the outcome may be popular discontent and managed riots.

Kyrgyz expert Kadir Malikov reports that $70 million has been allocated to the IS military group Maverenahr, which includes representatives of all the Central Asian republics, to carry out acts of terrorism in the region. Special emphasis is placed on the Fergana Valley as the heart of Central Asia.

Another point of vulnerability is Kyrgyzstan’s parliamentary elections, scheduled for this fall. The initiation of a new set of color revolutions will lead to chaos and the disintegration of countries.

Waging war is expensive, so the destabilization of the region must be self-supporting or at least profitable for the U.S. military-industrial complex. And in this area Washington has had some success: it has given Uzbekistan 328 armored vehicles that Kiev had requested for its war with Novorossiya. At first glance, the deal isn’t profitable because the machines were a gift, but in reality Uzbekistan will be tied to U.S. spare parts and ammunition. Washington made a similar decision on the transfer of equipment and weapons to Islamabad.

But the United States has not been successful in its attempts to impose its weapons systems on India: the Indians have not signed any contracts, and Obama was shown Russian military hardware when he attended a military parade.

Thus the United States is drawing the countries in the region into war with its own protégés – the Taliban and Islamic State – and at the same time is supplying its enemies with weapons.

So 2015 will be marked by preparations for widespread destabilization in Central Asia and the transformation of AfPak into an Islamic State subsidiary on the borders of Russia, India, China, and Iran. The start of full-scale war, which will inevitably follow once chaos engulfs the region, will lead to a bloodbath in the “Eurasian Balkans,” automatically involving more than a third of the world’s population and almost all the United States’ geopolitical rivals. It’s an opportunity Washington will find too good to miss.

Russia’s response to this challenge has to be multifaceted: involving the region in the process of Eurasian integration, providing military, economic, and political assistance, working closely with its allies in the Shanghai Cooperation Organization and the BRICS, strengthening the Pakistani army, and of course assisting with the capture of the bearded servants of the Caliphate.

But the most important response should be the accelerated modernization of its armed forces as well as those of its allies and efforts to strengthen the Collective Security Treaty Organization and give it the right to circumvent the highly inefficient United Nations.

The region is extremely important: if Ukraine is a fuse of war, then Central Asia is a munitions depot. If it blows up, half the continent will be hit.

The European Union can not reach consensus on Syria. A number of countries which withdrawed their ambassadors from Damascus, don't agree with the main EU policy aimed to isolate Assad. Avoiding negotiations is not a solution of the problem. This is opinion of Sweden, Denmark, Bulgaria, Romania. The list goes on. Norway and Switzerland, which are not the EU members, have the same opinion. Bashar al-Assad for them is the only force capable to stop Daesh. But why for the leaders of France and Germany, the Syrian president is a threat?

Alexei Mukhin, general director of the Center for Political Information: "Sanity in this case is in conflict with some diplomatic niceties. Indeed, some EU countries have put a lot of effort on trying to convince the international community to the contrary, that Bashar al-Assad is an absolute evil. And now, in order to save face, they need to wait for some time. Such statements mean that these politicians are waiting not to sit in a puddle. ".

One senior EU diplomat said that the Syrian catastrophe was supposed for Europe as a "house of cards fall." 4 years already they are waiting for it with bated breath. But the construction still does not not fall apart. The sanctions that ban the country to buy oil, to cooperate with 63 companies and its some representatives to enter the territory of the European Union, do not work. This example is similar to the Cuban or Iranian nonetheless doesn't push Europe to change its priorities.

Alexei Mukhin: "European weakness imposed on the US aggression, gives such a sad result. This result will be radically different from that what was conceived by the United States. However, there is something they could achieve. For example, to weaken Europe which is its natural competitor in opposition of dollar and euro. Perhaps it was this task, at least they set it for themselves. A maximum objective, as you know, is a confrontation with Russia. "

February 18, German Chancellor Angela Merkel said that Europe wants to build a "world order, along with Russia, not against it." Does this mean that the German leader now talks about the Russian-German relations a little differently?

Alexei Mukhin: "I'd love to say that Angela Merkel is no faith, because before that she said exactly the opposite. But I wanted to believe that common sense finally will prevail: the business community, and the political establishment of Germany have convinced Angela Merkel that the conflict with Russia is not included in the scope of national interests neither of Europe nor of Germany. "
Posted by seemorerocks at 12:41