The war against ISIS

"You can't go after ISIS. You've got the wrong people and the wrong country" 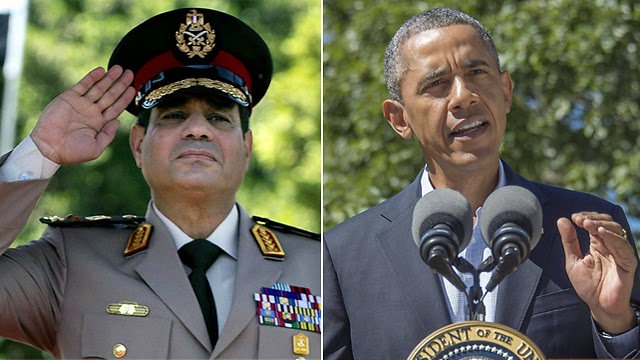 CNSNews.com
The United States does not support Egyptian and Emirati airstrikes against Islamist militias in Libya because the U.S. believes the crisis in Libya must be resolved politically and without outside interference, a Department of Defense spokesman said Tuesday.
Egypt and the United Arab Emirates (UAE) carrying out airstrikes in Libya was different from U.S. airstrikes against Islamic State in Iraq and the Levant forces in Iraq, Pentagon spokesman Navy Rear Adm. John Kirby told a briefing, because the U.S. was acting in Iraq, in a “very targeted” manner, at the request of its government.
“This wasn’t some unilateral decision by the United States to strike targets inside Iraq.”
“We discourage other nations from taking a part in Libya’s issues through violence,” Kirby said. “We want the issues solved in Libya to be done peacefully and through good governance and politics and not violence.”
He declined to “get into the specifics of our diplomatic discussions” with Egypt and the UAE over the airstrikes in Libya in recent days.
Keep reading...

TRANSLATION: US and Turkey to train tomorrow’s ISIS troops

Amid reports that the US and Turkey were planning to aid Syrian opposition fighters, the two countries have now formally signed an agreement to provide both training and equipment to rebels fighting both the Syrian government and the self-proclaimed Islamic State. 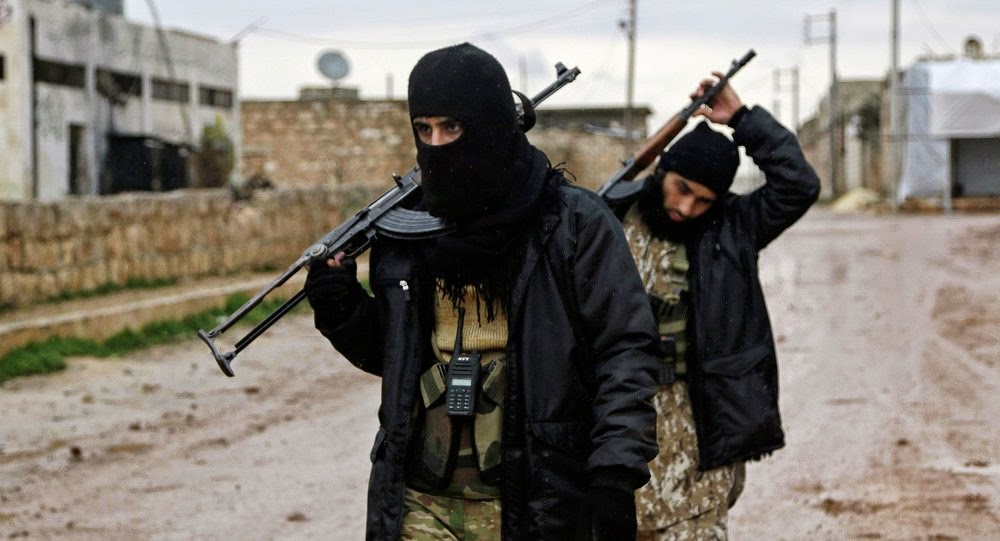 According to a Turkish foreign ministry official speaking to Reuters, the deal has been signed on Thursday.

The US military has said it is sending over 400 troops to train so-called "moderate" rebels just outside of the country's borders. Saudi Arabia and Qatar also might host training sites alongside with Turkey. According to the plan, some 5,000 Syrian fighters should be trained each year for three years.

The Wall Street Journal reported that under the plan the US considers not only supplying Syrian opposition fighters with machine gun-equipped pick-up trucks, but also might grant them powers to call in US-led coalition airstrikes.

Several US officials have expressed concern over arming the Syrian rebels, including former Syrian ambassador Robert Ford. He cites the fact that the US can't be sure that the Syrian opposition is entirely opposed to al-Qaeda associates in the area, and that the rebels lack cohesiveness and may be quickly moving toward losing the Syrian civil war.

At the same time as signing an agreement with Washington on training Syrian rebels, Turkey is also considering a $3.4 billion defense deal with China, despite concerns from Turkey's NATO allies. This deal would install a new missile defense system which would operate separate from existing NATO infrastructure, raising Western security concerns.

"The system in question will be integrated with the national system for Turkey's defense and will be used without integrating with NATO," Defense Minister Ismet Yilmaz said in a written statement.

If approved, that deal will go through China Precision Machinery Import and Export Co., a company which the US has already suspected of selling sensitive technologies to Iran and North Korea, as well as Syria.

Up to 3,000 trained jihadists are seeking to cross into Turkey from Syria and Iraq, with intentions of striking diplomatic targets belonging to anti-ISIS coalition partners, the Turkish intelligence service told the police in an internal memo.

"The jihadist militants could be working on armed or bombing attacks in Ankara and Istanbul against the diplomatic missions of the countries involved in the US-led anti-ISIL [ISIS] coalition,” said the Hurriyet newspaper, citing the Turkish National Intelligence Organization (MİT).

The agency, which refused to provide additional information when contacted by Reuters, warned the police that Islamic State (IS, formerly ISIS/ISIL) jihadists repelled from the predominantly Kurdish town of Kobani in Syria, are now looking for ways to cross the border. Hurriyet said that MIT sent a warning as far back as February 3 to local police departments, in an attempt to intercept the flow of terrorists.
It was unclear how many of the jihadists have already penetrated the Turkish border, but MIT said that some have already been sheltered in safe houses in the south of the country. MIT reports that some of the terrorists – a group of men from 17 to 25 from Palestine and Syria - intend to cross into Bulgaria, and from there into the rest of the EU. 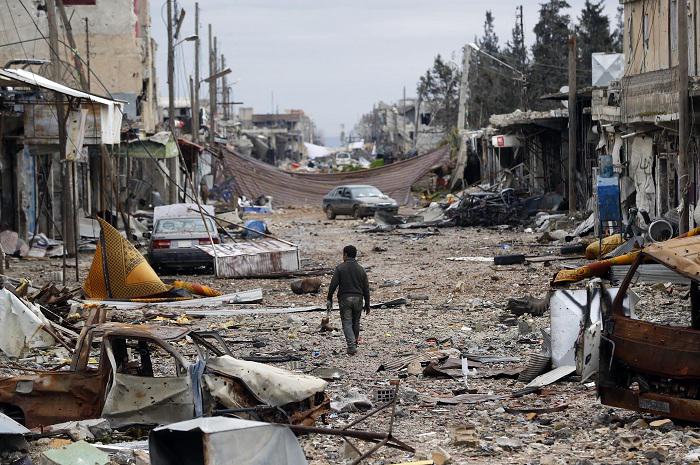 
Last month, Turkey declared that 3,000 people – a figure that does not include the potential new influx - inside the country have connections with the radical Sunni movement. Moreover, the Turkish foreign ministry says there are between 700 and 1,000 Turkish fighters in the group, whose potential return concerns Ankara. The country has already deported over a thousand people and slapped an entry ban on 7,800 others.
Jihadists reportedly control many points on the Syria-Turkish border. Ankara has repeatedly been accused of not taking action to stop the flow of extremists seeking to join the Islamic State in Syria.
Moreover, Damascus accused Turkey of providing logistic support to Islamic radicals fighting in Syria.
READ MORE: ‘Sleeper cells’: 3,000 in Turkey linked to ISIS, police report says

"Is it Turkey's fault it has borders with Syria?" Turkish Prime Minister Davutoglu recently said, responding to calls by Germany’s domestic intelligence chief Hans-Georg Maassen to take more action to prevent jihadists from entering Syria and Iraq via Turkey. "We need to receive intelligence first so we can track people.”

The Islamic State, which has set itself the goal of creating a Sunni caliphate stretching across the Middle East and beyond, has recently indicated a greater focus on targets outside the conflict zone in Iraq and Syria.
There have been several suspected terrorist attacks in Turkish border regions in recent months, the last one just last week, when a car bomb exploded at a police checkpoint.
A recent pamphlet distributed by ISIS sources, and translated into English earlier this week, states the organization should create “pandemonium” in Europe, through infiltrating the outflow of refugees crossing from Libya into southern Europe.

Posted by seemorerocks at 14:55