Resistance is the way

“The only way to turn things around now is to reject, then reverse their political influence, their self-serving instruments, their skewed privilege, their pitiless policies. There is no other way” 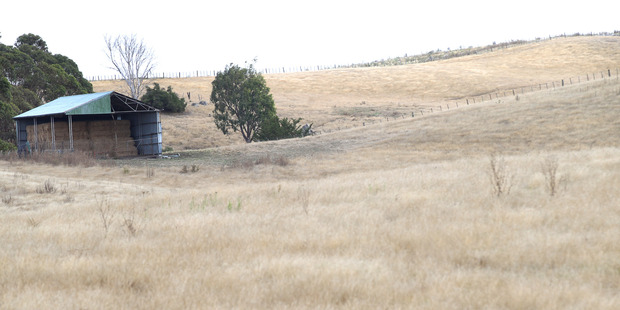 Californians, withering in the worst drought in the state’s history, are being exhorted to leave their urine standing in the toilet, to keep their showers shorter than five minutes and to replace their lawns with rocks and cacti. Meanwhile, figures released last Monday show the Californian fracking industry used nearly 265 million litres of water in the last 12 months in the quest for more oil and gas.

Californians appear to be living out some 21st Century equivalent of the tragedy of Easter Island, in which the state is using its precious, decimated water to sponsor the quest for more oil and gas – the very agents of its demise.

Meanwhile, oil companies are exploiting the collapse of Arctic ice cover to drill for more oil. The big three US auto makers have sued electric car pioneer Tesla, blocking it from direct sales in Michigan, Ohio, Texas and at least five other states.

Such profound failures of logic make the carbon age a baffling time for the clear-minded. Why won’t Governments – bound by legislature to act in the public interest – intervene? Administrations around the world have serially declined to take the actions any primary school kid knows must happen if we’re to avert catastrophic warming. The global response ranges from simple inertia through greenwashing and double-speak to outright sabotage: Tony Abbot, who abolished Australia’s Climate Commission in 2013, citing budget constraints, last week found four million dollars to embed anti-environmentalist and climate contrarian Bjorn Lomborg in a new “consensus centre” at the University of Western Australia.

Here in New Zealand, the Key Government continues to procrastinate, obfuscate. So disengaged from his portfolio is Climate Minister Tim Groser that he wrongly claimed last week that more trees were being planted in New Zealand than were being chopped down – an intolerable ignorance. In March, Energy Minister Simon Bridges invited oil companies to come drill across more than 424,000 square kilometres of New Zealand territorial sea.

Groser insists that we are “on track” to meet our albeit feeble emissions target – a cut of just five per cent by 2020 – even as our greenhouse emissions continue to climb (by one per cent every year since 1990). It has now become clear that he means to buy his way out of climate obligations by resorting to ‘hot air’ carbon credits – unverifiable and widely rejected get-out-of-jail-free cards from former Soviet bloc countries.

Critics usually put such cynicism down to mere climate denial. This is a serious underestimation, and one reason why governments have been allowed to get away with it for so long. Not only do conservatives believe in climate change; they understand it – or at least its consequences – far better than many liberals. All this time, we’ve slated them for being behind the eight ball when in fact, they’re way ahead of us. We’ve been played for a bunch of saps.

As Naomi Klein pointed out in This Changes Everything, neoliberals are not just blocking action on climate change; they’re sandbagging a global economic and political empire they took thirty years to create. Neoliberalism is the belief system of the global elite: the transnational capitalist class. It began as a right-wing counterattack against socio-economic reforms that began with F.D. Roosevelt’s New Deal, conceived to redistribute wealth and reverse the disastrous free market policies that led to the Great Depression.

It’s been a brilliant success. Since 1970, thanks to collusion with muscular institutions like the International Monetary Fund, the World Bank,  filthy-rich corporations and conservative political parties, the neoliberals have installed a free market plutocracy across the western world. Don’t underestimate how serious these people are about global economic supremacy: free market reforms were often imposed at the barrel of a gun, enforced under the distraction of bloody coups.

Multinationals, eager to get their hands on South America’s state-owned natural resources, funded a series of murderous overthrows led by handpicked dictators – Pinochet in Chile, Quadros in Brazil, Onganía in Argentina, Ovando in Bolivia, Suharto in Indonesia. These and many other countries, held to economic ransom by the World Bank, were forced to privatise state institutions and assets, de-unionise labour, deregulate their markets and open their borders to multinational looters.

Still greater were the victories of the eighties: the enforcement of Reaganomics in the US – tax breaks for the wealthy, slashed public spending (except on military contracts) – gave Margaret Thatcher some implied moral authority to tear down the British welfare state. Assisted by her lieutenant, Rupert Murdoch, she began by kneecapping the two institutions that stood in her way; the unions and the liberal media. Reagan’s legacy was a three-trillion-dollar national debt. Thatcher’s was the despair of more than three million unemployed.

By the end of the eighties, neoliberalism was the entrenched economic doctrine of the west. But it wasn’t about to end there: wherever the status quo faltered, the neoliberals were waiting to plug the constitutional gap. First, South Africa, with a suite of offers the incoming African National Congress found itself unable to refuse. Then came the Holy Grail; the collapse of the Soviet Union – neoliberal intervention allowed the rise of Putinesque capitalism and the Russian oligarchs.

It’s clear then, that an awful lot of time, money and zeal went into the annexation of the global economy, though much remains to be done: the last remaining barriers to multinational mastery are currently being stripped away by non-military overthrows disguised as ‘free trade’ agreements like the TPPA. In New Zealand, there are still some irksome echoes of the welfare state to be silenced, assets to be privatised, environmental protections to be stripped.

So what has any of this got to do with climate change? Everything. The right wing understands that fundamental capitalism has not only greatly exacerbated climate change: it has no mechanisms progressive or inclusive enough to address it. No: business-as-usual got us into this mess, and left to run its course, will deliver us to ruin. The fact that people are beginning to understand that reality keeps fundamental capitalists awake at night.

Worse, the sort of global-scale action needed now to avert disaster can only be brought about by sweeping reforms led by governments, progressive businesses and empowered, engaged communities – the very sectors neoliberalism despises most. Greenhouse emissions must be regulated for, and that’s an intolerable anathema to the economic right, as are the kind of interventions and incentives necessary to tip the playing field back to level – and perhaps beyond – to allow alternative technologies and clean energy to finally compete. Because climate change will only worsen the global inequality neoliberalism created, combatting it necessarily entails the redistribution of wealth and the reinstatement of a more equitable society. Don’t expect the right wing to roll over on that.

A still greater terror is the prospect of polluter pays: the very notion that climate-hostile businesses might be penalised – God forbid, taxed. Corporations, let off the regulatory leash by market reforms, would once more have to take responsibility for the social and environmental costs of their profits. Restoring a leadership role to government in any new green deal is an outrage that simply will not be brooked.

But above all, the realisation that we cannot continue this reckless pursuit of the aphorism that is infinite growth – that the Earth cannot go on bankrolling the orgiastic consumption on which free-market capitalism so desperately depends; that we must draft a new contract with Nature in which we set limits – this is a heresy that strikes straight to the heart of the neoliberal empire.

As Klein has pointed out, climate change is the one – the only – crisis of sufficient magnitude to galvanise just such a global revolution. We shouldn’t be surprised, then, that neoliberals have given millions to conservative think tanks to manufacture doubt, distortion and denial. That right-wing governments everywhere, including New Zealand, have stonewalled meaningful action. That they instead do all they can to perpetuate a free-market continuum. That they are, if anything, forcing through the outstanding tasks in their manifesto with renewed urgency, straining the legality of standing orders and the leash of public tolerance to breaking point.

We have wasted precious years trying to appeal to some sense of propriety, of responsibility, of stewardship. It is not there to be tugged at. It is futile to keep pointing to the destruction we’re inflicting on the poor nations of the world, the small island states. Neoliberals are social Darwinists; they genuinely believe that those who will not adapt – by which they mean those that do not subscribe to their ideology – will die, and they’re fine with it.

And don’t try imploring any sense of legacy. These people will judge their benefaction only by the totality of their domination – the completeness with which they were able to eradicate solidarity, welfare, community, opportunity, the state.

Neoliberalism is an economic hegemony, a vicious social fundamentalism – I described it in my previous post as a broken belief system. Adherents abide in a quasi-religious jingoism, in which they chant their mantras in a collective reinforcement – as such, they are utterly deaf to reason, blind to the overwhelming global evidence of their failure.

There can be no changing their minds. Instead, they blame their failures on us, because we interfered with their experiment. They will persist as long as we allow them to.

The only way to turn things around now is to reject, then reverse their political influence, their self-serving instruments, their skewed privilege, their pitiless policies. There is no other way. The only thing that will save the planet now is nothing less than global revolution, and it may just have started last week, when nearly 900 Dutch citizens filed a lawsuit against their government for failing to act against climate change. Their case, based on human rights laws, argues that the Dutch Government has not acted in their interests.

Who knows? It might just serve as the precedent for a global class action – an emphatic renunciation of the politics of cynicism and greed. That’s very much up to us, and what we do next.

This post is the second in a three-part series about the implications of neoliberalism. The first part is here.