Pretty impressive, RT! . Reported within 30 minutes from half a world away. Beat BBC and CNN to the story.

It was a pretty strong, and long quake, here in Wellington.

Stuff.co.nz NewsVerified account‏@NZStuff
BREAKING: A magnitude 6.3 earthquake has struck inland from Kaikoura. Did you feel it? #eqnz 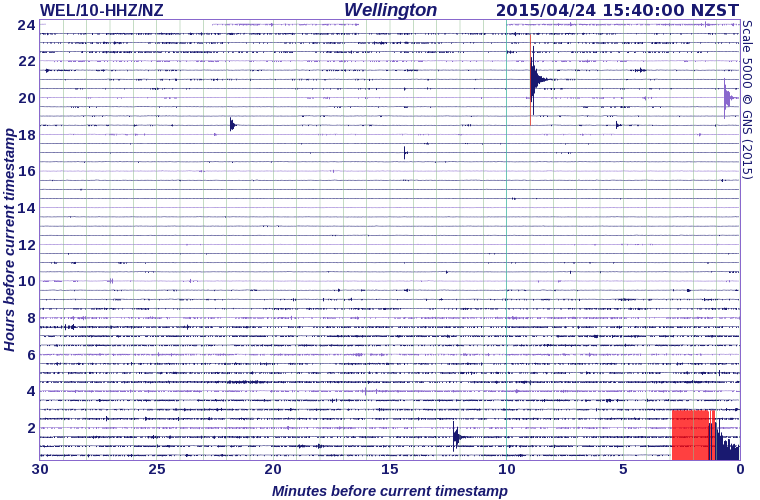 
The earthquake was clearly felt in the cities of Wellington and Christchurch.

The quake centered in Nelson region at the depth of 80 kilometers, according to GeoNet. The US Geological Survey, meanwhile, reported a lower magnitude of 5.9 at the epicenter.

There were no immediate reports of any major damage caused by the quake; however, local public transport services were temporarily halted.

Anna Rae Taunton‏@AnnaRaeTaunton
That was a long Earthquake! 6.3, 40km north west of kaikoura 76km deep. I picked up my daughter so fast and ran for the doorway #earthquake
0 retweets0 favorites

The power of the earthquake’s tremors knocked food items from their shelves in the stores and set off alarms.

Locals reported that the temblor lasted longer than usual, forcing houses to creak, which caused some people to panic.

“We've classed it as a strong quake so a small amount of structural damage, but more likely things falling off shelves and that sort of thing,” she said.

amanda‏@tvehyungs
OMG THERE WAS A 6.4 EARTHQUAKE IN KAIKOURA AND WE FELT IT IN CHCH I HOPE EVERYONES OK THERE
0 retweets0 favorites

Little warned that some aftershocks are to be expected.

“The general rule of thumb with aftershocks is they'll be up to one magnitude less than the main shock, so we might have some fives and fours and threes as well,” she said.


amanda @tvehyungs
OMG THERE WAS A 6.4 EARTHQUAKE IN KAIKOURA AND WE FELT IT IN CHCH I HOPE EVERYONES OK THERE

Kaikoura’s store manager, James Hills, described the chaos in his shop after the quake hit.

“Fair bit of panic - get out of the shop, everything was falling off the shelves.
There's been a little bit of damage, certainly not heaps, but yeah, there's a lot of stuff fallen over.”

“Well, initially, we were up on the second floor and felt a slight movement, we thought, 'that's okay, that's it,' so we just took our seats, then it came on - to me, it was a rolling motion, quite firm, quite solid,” Kaikoura's mayor, Winston Gray, told Radio New Zealand News, adding that there were some reports of minor damage throughout the city. 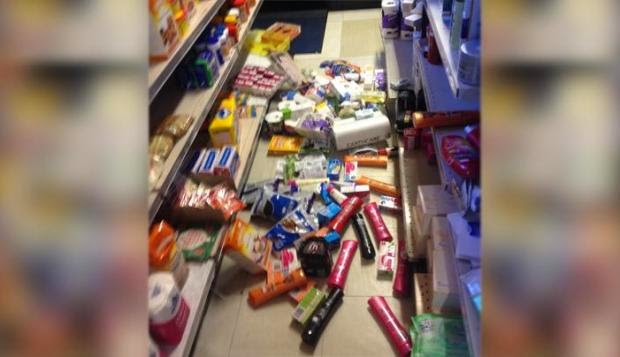