Oil Council foresees the end of fracking, proposes the worst possible alternative
Shale gas was supposed to be a bridge fuel. Yet next, a DOE advisory group wants us to start drilling in the Arctic 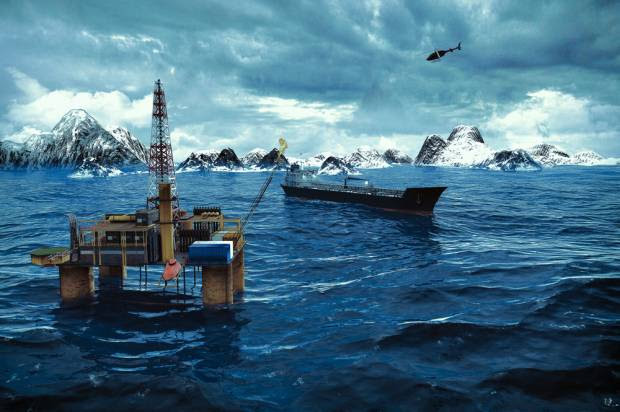 Breaking news, via the National Petroleum Council: the United States’ vast reserves of oil and natural gas are going to run out.
Nothing good can last, says the largely industry-based advisory group to the Department of Energy, not even something as good as fracking — which is why the council recommends we start drilling in the Arctic as soon as possible.
The NPC’s report, released Friday, would almost be funny if it weren’t so frustrating. Natural gas from fracking, remember, is supposed to be a “bridge fuel”: a less harmful fossil fuel that can tide us over while we transition to a truly clean energy economy. The oil and gas industry, this report makes clear, never intended for that to be the case. Citing the prediction that the U.S. shale boom likely won’t last beyond the next decade, it argues that the next best course of action is to pursue more oil, which also happens to be located in one of the riskiest possible places.

“There will come a time when all the resources that are supplying the world’s economies today are going to go in decline,” Rex Tillerson, CEO of Exxon Mobil and chairman of the study’s committee, told the Associated Press. “This is will be what’s needed next. If we start today it’ll take 20, 30, 40 years for those to come on.”

To reiterate, he’s envisioning a future, decades down the line, when we’re still dependent on fossil fuels. Never mind that to prevent global warming beyond the already dangerous 2 degrees Celsius, scientists warn that most of the world’s remaining fossil fuels must remain in the ground, including 100 percent of those currently buried in the Arctic, or that the U.N.’s Intergovernmental Panel on Climate Change found we need to be moving toward zero greenhouse gas emissions by the end of this century.

And never mind just how damn hard — and dangerous — Arctic drilling is. The NPC insists that the industry has the technology to safely drill in the icy waters, and to quickly clean up a spill if one occurs: a report out last year from the National Research Council couldn’t disagree more. And the company that’s currently trying its hand at Arctic drilling, Shell Oil, isn’t setting a great example for how things are going to go. As the AP points out, “the company has little to show after spending years and more than $5 billion preparing for work, waiting for regulatory approval, and early-stage drilling.”
And it may come as news to the industry, but, just like shale gas, Arctic oil isn’t going to last forever. U.S. territory holds an estimated 35 billion barrels of oil — “about 5 years’ worth of U.S. consumption and 15 years of U.S. imports.”
All told, it’s a lot of money, risk and effort for very little, when we could be investing instead in clean forms of energy that, once they’re in place, will never, ever run out.
Lindsay Abrams is a staff writer at Salon, reporting on all things sustainable. Follow her on Twitter @readingirl, email labrams@salon.com.

"Simon Bridges has just released the oil & gas block offer and its huge. It's huge at 429,000 km2 which is considerably larger than the land area of NZ and to put it in perspective it's larger than Greenland!

Scientists warn us we can't afford to burn 70% of the oil already discovered if we want to leave our kids a safe climate yet National is throwing tens of millions of taxpayer's dollars at Big Oil hoping they find some more deep off our coasts.

All this Govt's time, energy and money could have gone into supporting clean energy which grows 4x more jobs and protects our climate." The Government’s block offer announcement of an area almost twice the size of New Zealand and including the home of the critically endangered Maui’s dolphin and other protected conservation areas is further evidence of how out of touch they’ve become, the Green Party said today.

“The Government has ignored the huge public concern about the risks of deep sea oil and the risks to our marine life including our 55 remaining Maui’s dolphins,” Green Party mining spokesperson Gareth Hughes said today.

“The Government is putting oil profits ahead of protecting our precious places. Areas of the West Coast North Island Marine Mammal Sanctuary as well as the Victoria Forest Park are still included in the permits.

“It’s clear the Government doesn’t care about protecting our precious last remaining Maui’s dolphins when they are offering up their home for oil and gas exploration while it is known that seismic surveying can seriously harm marine mammals.

“The strategy of luring oil companies to New Zealand is failing and this block offer shows how increasingly desperate the Government is becoming with the latest block larger than the size of Greenland.

“If the Government has its way there will soon be virtually no areas of New Zealand not offered up for cheap to big overseas oil companies.

“While big international oil companies slash their exploration budgets due to the low oil price, the National Government arrogantly continues its failing strategy of backing this sunset industry with taxpayer subsidies.

“Internationally, we must keep 80 per cent of all known fossil fuel reserves in the ground in order to have a chance of staying below 2 degrees warming.

“Our beaches and climate can’t afford National’s misguided economic strategy of hoping Big Oil finds something down deep in our waters and crossing their fingers they don’t leave too much of a mess as they export any profits.

“The Government must listen to the concern about its reckless oil and gas plans and instead invest in renewables and a transition to a green and sustainable economy,” said Mr Hughes. 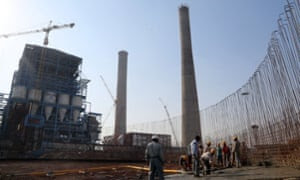 A Japanese funded coal-fired power plant under construction in India. Tokyo argues that such projects are less polluting than older coal-fired plants and so qualify as clean energy. Photograph: Aijaz Rahi/AP
the Guardian,
28 March, 2015

The UN fund to help developing countries fight climate change can be spent on coal-fired power plants – the most polluting form of electricity generation – under rules agreed at a board meeting.

“It’s like a torture convention that doesn’t forbid torture,” said Karen Orenstein, a campaigner for Friends of the Earth US who was at the meeting. “Honestly it should be a no-brainer at this point.”

The fund was set up as part of the ongoing UN climate negotiations to help developing countries finance clean energy and measures to help adapt to climate change.

Its website states: “The fund will promote the paradigm shift towards low-emission and climate-resilient development pathways by providing support to developing countries to limit or reduce their greenhouse gas emissions.”

It has struggled for support, however, with industrialised countries paying only about 1% of the $10.2bn (£6.9bn) committed at the UN climate negotiations in Lima last December. The deadline for contributions is 30 April.

With no clear rules on climate finance, much of the funds can be channelled to dirty energy, campaigners say.

Japan claims the projects are less polluting than older coal-fired plants and so qualify as clean energy. “Japan is of the view that the promotion of high-efficiency coal-fired power plants is one of the realistic, pragmatic and effective approaches to cope with the issue of climate change,” Takako Ito, a foreign ministry spokeswoman, told AP.

Campaigners say the lack of clear rules makes a mockery of the fund. “Many people think it’s crazy that they are not going to have a no-go zone,” Orenstein said. “The fact that the GCF won’t say it is problematic both for the integrity of the fund, and also reputational risk.”

Japan, China and Saudi Arabia opposed such a ban, she said.

The board agreed to set a minimum benchmark for the greenhouse gas emissions cuts that projects must achieve, but not until 2016. Meanwhile, they will apply an “assessment scale” to the first projects, which are set to be approved in October. 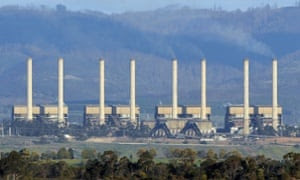 The largest coral reef on the globe — the Great Barrier Reef is 50 percent dead. That’s a whopping area much larger than the size of England.

Coral reefs are home to about a third of all fish species. They are crucial feeding, breeding and nursery grounds for sealife.

The relentless quest for Queeensland coal and thousands of super-coal-tankers are delivering the final blow to Earth’s most magnificent marine wonder.

China is the largest importer of Australian coal. Last year they cut their demand by 10 percent. And now they are forecasting another 10 percent drop in coal consumption for 2015.

Each year, at least 250,000 Chinese are dying from breathing coal fumes.

Chinese citizens are chocking to death on coal so the Chinese government is racing to diversify into wind and solar technologies.

Queensland’s coral reefs are in shocking shape, so now UNESCO is considering listing the Great Barrier Reef as a site “in danger.” This would protect the remaining coral reefs and prevent coal exports skyrocketing from 240 to 787 million metric tons, annually.

The current Australian government is scrambling to preclude UNESCO from listing the Great Barrier Reef as a site “in danger.” This would curtail their business-as-usual of delivering more heat-trapping, poisonous coal to a subsidized world marketplace.

Clearly, it’s time to embrace innovation, keep coal in the ground and save the largest remaining coral reef on the globe!