For anyone who knows about blogger Cameron Slater and Dirty Politics, this will be music to their ears! 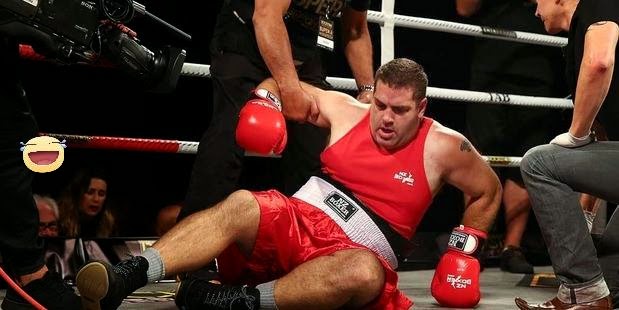 Controversial blogger Cameron Slater will be heading back to court.

The Whale Oil blogger was served with bankruptcy papers just before taking part in a corporate boxing match last night.

It's part of an ongoing legal feud with businessman Matt Blomfield, who's suing him for defamation.

Shortly after being served, Slater was knocked out in the first round of the bout in Christchurch by former Black Cap Jesse Ryder.


Slater’s Whaleoil had a live blog leading up to the event HERE. Hardly more than an allusion to the result

1 Assume, as you have always assumed, that voters who have tribally supported you in the past will automatically do so again now.

2. On that assumption shamefully neglect the infrastructure and social needs of the electorate for years.

3. Choose an uncharismatic, overweight candidate whom no-one has ever heard of on the basis that he or she can expect no real opposition from anyone else.

4. Be totally unprepared for any real challenger to that candidate to emerge.

5. Be totally unprepared for strategic voting by other parties.

6. In the event of a high-profile, hugely charismatic, popular, extremely well-dressed and well-groomed opponent appearing from nowhere, panic.

7. Insult the voters in the electorate by assuming that their votes can be bought with a humungous and patently transparent bribe, essentially consisting of all the infrastructure and social items you neglected to provide in the past.

8. Insult the voters in the electorate further by assuming that all that is required to change their minds is the opportunity to catch sight of the Prime Minister in their electorate, presumably with the prospect of being able to kiss the hem of his garment. And possibly that of a couple of overweight cabinet ministers as well.

9.  Undermine the confidence of your remaining supporters by conceding publicly that you could well lose the seat

The continued use of Steve Joyce and Jo de Joux will ensure number 10 is adhered to.