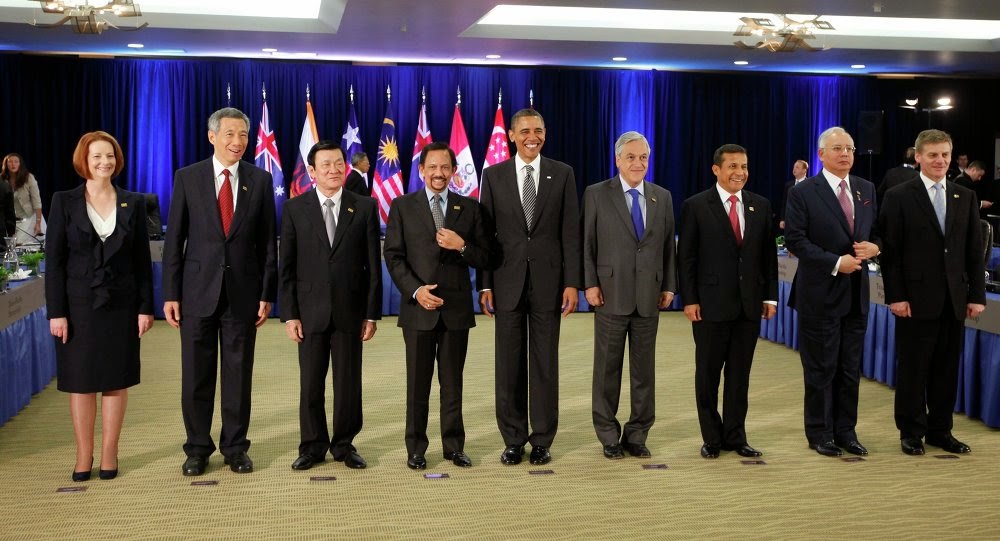 
The leaked proposal, published on Wikileaks, comes from the ongoing secretive Trans-Pacific Partnership (TPP) deal negotiations and outlines the intent to grant multinational corporations with the opportunity to sue foreign governments if their laws and regulations interfere with claimed future profits.

The whistleblower organization, Wikileaks, published a 56-page draft chapter dated January 20 from the secretive negotiations over a deal that has become the cornerstone of Obama’s economic agenda. The chapter, entitled “Investment”, proposes empowering multinational corporations to sue foreign governments.

Under the agreement, corporations may challenge foreign government’s laws and regulations if they interfere with “distinct, reasonable investment-backed expectations”, and they can do so before tribunals under the World Bank or the United Nations. This process is known as Investor-State Dispute Settlement (ISDS), and while it has existed in the past, the large scope of the TPP has prompted some serious concerns.

TPP negotiations have been kept tightly under wraps, with only select officials reviewing the documents in secured reading rooms. The leaked chapter would mark the first disclosure of the accord to the public since an early version leaked in 2012. Opponents of the TPP have voiced concerns about the secrecy of the deal, saying it allows governments to push forward provisions disliked by their constituents. The Obama administration, along with other TPP opponents have argued that the secrecy is necessary for a smooth negotiation.

More troubling is that the documents were not to be declassified until four years after the TPP came into effect, meaning that the agreement would have been kept from the public well after its approval. The publication of the chapter on Wikileaks has sparked intense debate between proponents and opponents the TPP.

US Continues Criminal Probe into WikiLeaks in Pursuit of Whistleblowers

Opponents, primarily Congressional Democrats like Massachusetts Senator Elizabeth Warren, argue that ISDS undermines national sovereignty and could weaken environmental and labor laws. Proponents, primarily the Obama administration and a number of Congressional Republicans, cite the existing cases of ISDS provisions as evidence that the TPP will not undermine US regulation.

Indeed, the US is party to 51 of the 3,000 trade agreements that include ISDS provisions, one of which is the North American Free Trade Agreement. The country has further been involved in several ISDS cases, and has not lost any of them. However, proponents have said the large scope of the TPP, which will include countries — as well as their corporations — in North and South America and Asia, is particularly troubling, as the deal would cover 40% of the global economy. According to the nonprofit organization, Public Citizen, the TPP would give as many as 9,000 foreign companies the opportunity to launch ISDS cases against the US government, and 18,000 US companies to do the same abroad.
USA export goods


While ISDS cases cannot change a country’s laws, proponents have also argued that if a country’s government loses, it may be compelled or pressured to change some of its regulations. Some of these may include regulations involving banking, tobacco, and pharmaceutical businesses.

New York Senator, Charles E. Schumer, has referred to the provision as “really troubling,” adding, “It seems to indicate that savvy, deep-pocketed foreign conglomerates could challenge a broad range of laws we pass at every level of government, such as made-in-America laws or anti-tobacco laws. I think people on both sides of the aisle will have trouble with this.”

The Obama administration and other TPP advocates, however, have dismissed the concerns, claiming that they are based on hypothetical scenarios that only serve to stroke irrational fears.

NZ could be sued by overseas companies - leaked TPPA docs

New Zealand governments could be open to legal action from foreign companies, according to leaked documents from the Trans-Pacific Partnership (TPPA) negotiations. 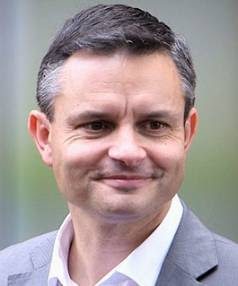 GREENS TRADE SPOKESMAN: James Shaw said National was governing "in the interest of foreign companies at the expense of local interests".

WikiLeaks has revealed negotiators from 12 different countries are close to agreement on a wide-ranging free-trade deal that would cover about 40 per cent of the world economy.

But the leaking of one chapter that specifically applied to investor-state rules appeared to show multinational corporations could challenge domestic laws if they impeded their rights as investors.

That meant health, environment and public welfare regulation, including plain tobacco packaging legislation, could be open for challenge from largely US-based corporations, if the agreement goes through.

Green Party trade spokesman James Shaw said National was governing "in the interest of foreign companies at the expense of local interests".

He called on Prime Minister John Key to make the details of the agreement public.

"The prime minister needs to say if New Zealand's negotiators are supportive of giving foreign corporations extra rights under this agreement compared to other free trade agreements," Shaw said.

"This agreement could put a massive handbrake on domestic law-making. If those companies don't like us legislating in our national interest they can sue us."

Key has just returned from a trade trip to Korea and Japan. He signed a free-trade agreement in Korea and the TPPA was high on the discussion list with Japan Prime Minister Shinzo Abe.

"If New Zealanders vote for greater environmental protections or rules to assist local business, we should be able to do that," Shaw said.

"But under these rules foreign companies can trump the public's vote.

"The leaked documents show that there are provisions for setting up a special court which multinational corporations can use to sue countries, such as New Zealand, for breaching the TPPA.

"Cases in these special courts overseas have seen governments have to pay companies millions of dollars. These courts can have a chilling effect on local democracy.

"New Zealand should not be dictated by a special court set up for companies that has no domestic accountability or oversight."

Deputy Prime Minister Bill English would not be drawn on the documents.

"I can't comment on the chapter, but it's not a new issue," he said.

"Investor statements have often been a part of free-trade agreements so I'd have to look at the chapter before I could comment."

"There is no code of conduct, no appeals, no accountability of the private individuals who pass judgement on crucial matters of public policy, and no effective exceptions to protect the right of the Government to regulate in the national interest," she said.

A secret draft chapter of the TPPA, published by WikiLeaks on Thursday, shows the Government is prepared to accept a controversial Investor State Dispute Settlement (ISDS) process if "certain conditions" are met.

That meant foreign companies would have the ability to directly sue governments in extrajudicial ISDS tribunals over domestic policies that foreign firms claimed violated their investor rights.

This could have significant implications for intellectual property, and sovereign rights in New Zealand. Critics have said the deal could help multinational movie and music industries, software giants and pharmaceutical manufacturers to maintain and increase prices.

Health professionals in particular, are concerned the agreement could allow US pharmaceutical companies to raise obstacles to the introduction of generic drugs and medicines in New Zealand.

Trade officials from the US and 11 other Pacific Rim nations – New Zealand, Brunei, Canada, Chile, Japan, Malaysia, Mexico, Australia, Peru, Singapore and Vietnam – are engaged in intensive, closed-door negotiations on the TPPA, and are expected to finish in the next few months.

Negotiations have been carried out in secret, apart from a few chapters that have been leaked. 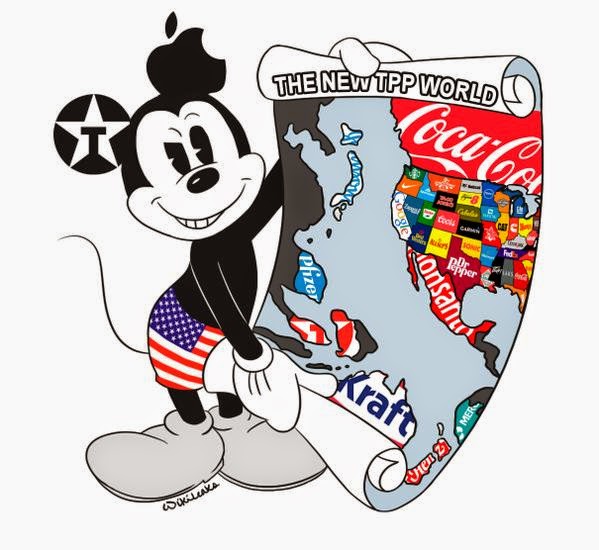 WikiLeaks releases today the "Investment Chapter" from the secret negotiations of the TPP (Trans-Pacific Partnership) agreement. The document adds to the previous WikiLeaks publications of the chapters for Intellectual Property Rights (November 2013) and the Environment (January 2014).

The TPP Investment Chapter, published today, is dated 20 January 2015. The document is classified and supposed to be kept secret for four years after the entry into force of the TPP agreement or, if no agreement is reached, for four years from the close of the negotiations.

Julian Assange, WikiLeaks editor said: "The TPP has developed in secret an unaccountable supranational court for multinationals to sue states. This system is a challenge to parliamentary and judicial sovereignty. Similar tribunals have already been shown to chill the adoption of sane environmental protection, public health and public transport policies."

Current TPP negotiation member states are the United States, Japan, Mexico, Canada, Australia, Malaysia, Chile, Singapore, Peru, Vietnam, New Zealand and Brunei. The TPP is the largest economic treaty in history, including countries that represent more than 40 per cent of the world´s GDP.