Greece to play the Russian card? 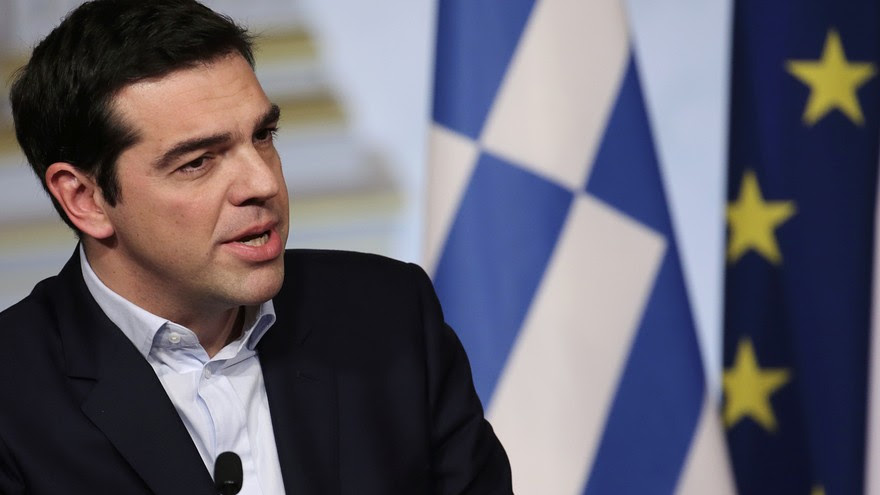 
WASHINGTON (MarketWatch) — Greece is ready to play the Russian card, bringing a new geostrategic dimension to the euro crisis.

Greek Prime Minister Alexis Tsipras moved up his planned visit to talk to Russian President Vladimir Putin in Moscow to early next month instead of in May.

Faced with intransigence by the European Union and its other creditors in rolling back austerity and alleviating its debt burden, the Greek government is quietly dangling the prospect of turning to Russia for aid.

The Greek economy may represent an insignificant portion of the EU’s overall gross domestic product, but its location at the crossroads of Europe, Asia and the Middle East continues to be of considerable geostrategic importance.

Those who like to think that Putin is on the ropes and that Russia has enough problems of its own to spare any thought for poor little Greece are underestimating the un-blinkered strategic vision of the Russian leader.

This is why the U.S. worked so hard in the postwar period to keep Greece from drifting into the Soviet camp and has supported Greece as a linchpin of NATO.

Many already blame EU ham-handedness for sparking the crisis in Ukraine by insisting that Kiev make an either-or choice between Brussels and Moscow.

Now, with its blinkered focus on its arbitrary euro parameters, the EU appears willing to not only eject Greece from the euro EURUSD, +1.50% — with unpredictable consequences — but also to undo 70 years of effort to keep the country firmly in the Western camp.

Tsipras continues to defy the bullying by Brussels authorities, as Greek officials stonewalled a teleconference this week to discuss “technical” details of the country’s compliance with EU terms of a bailout pending a chance to reach a political solution.

Greek leaders are trying to take the crisis out of the narrow realm of contractual law regarding debt and deal with it in the context of European solidarity and the very real humanitarian crisis that exists in Greece.

Tsipras is to meet with German Chancellor Angela Merkel and French President François Hollande, as well as the heads of the European Central Bank and the European Commission, on the sidelines of this week’s EU summit to plead his case.

He is also going to Berlin next week to consult again with Merkel and other German officials. He still seems to hold out some hope of being able to budge them from their piggybank view of economics to a set of policies that can put Greece back on the road to growth.

Merkel, however, wasted no time dashing these hopes, telling the German Parliament on Thursday that “no one can expect a solution to Greece’s problems this evening or Monday evening.”

Which brings us back to the Greek leader’s visit to Moscow on April 8.

Syriza leaders are not shy about reminding people that Tsipras and other members of his Coalition of the Radical Left have their political roots in Marxism and the Greek Communist Party. Moreover, there are strong ties and sympathy between Russia and Greece because of their bond through the Orthodox Church.

The U.S. finally had to step in to take a leadership role in quelling the violence in the former Yugoslav republics and may yet have to take a direct role in getting Europe to come to its senses with regard to Greece.

With NATO on high alert regarding the Baltic states and Poland after Russia’s incursion into Ukraine, there has to be growing concern in Washington about Moscow extending its influence on Europe’s southeastern flank.

In fact, Victoria Nuland, assistant secretary of state for European and Eurasian affairs, was in Athens earlier this week as part of a swing through this very region. A widely circulated photo of her having a relaxed chat with Tsipras is no doubt intended to impress Brussels and Berlin with the attention being paid by Washington.

Preoccupied as it is with Ukraine and the nuclear deal with Iran, the U.S. is not likely to intervene directly, but rather continue to apply pressure on the Europeans to resolve this issue in a way that does not expose the continent to economic or political instability.

There is little reason for optimism, however, given the EU track record in political myopia.

In Ukraine, as earlier during the messy breakup of Yugoslavia, European leaders seemed oblivious to the realities of geopolitics as they pursued their own narrow national interests and responded to the not-in-my-backyard pressures of their domestic voters.

The U.S. finally had to step in to take a leadership role in quelling the violence in the former Yugoslav republics and may yet have to take a direct role in getting Europe to come to its senses with regard to Greece.

Berlin has tried to cow the Greeks by playing as if it holds all the aces. It turns out, however, that Tsipras has an ace in the hole and may be ready to use it.

Posted by seemorerocks at 22:32