Yemen – yet another example of mind-boggling hypocrisy 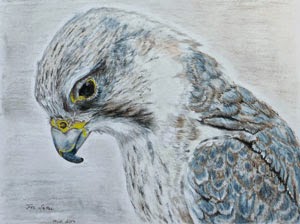 The recent events in Yemen are taking on an increasingly dangerous turn. Rather than to paraphrase what others have written, I will refer you to the following articles:

Mahdi Darius Nazemroaya “The Geopolitics behind the War in Yemen”
Ron Paul “Yemen Exploding: Is The Stage Set for the Big War?”
Waqar Rizvi “In Yemen, old strategy for a new reality”

What I propose to do is much more basic: I want to describe the very basic sequence of events which has taken place.

We have a country which is internally divided geographically, culturally and religiously. The President of that country was overthrown in a coup and had to flee abroad. This greatly worried some of the neighbors of this country which decided to keep recognizing the President that fled and organized a multi-state air-strikes campaign to punish the new regime. To justify their actions, these states accused another neighbor of supporting the revolutionary regime. There are now very strong and persistent rumors that the main country supporting the President in exile has massed over 100’000 troops at the border and is preparing for an invasion.

Does that not ring a bell? Is that not exactly what has taken place in the Ukraine?

Can you imagine what would have happened if Russia had decided that Yanukovich was still the only legitimate President and, assisted by Belarus would have embarked on a campaign of air-strikes which would have included the bombing of Kiev? And what if the Kremlin decided to hold consultations with it’s allies in preparation for a possible invasion with the explicit purpose to return Yanukovich to Kiev in a Russian tank?

And yet nobody is proposing to cut Saudi Arabia off the SWIFT system or deny them credits. Nobody is imposing any sanctions. The Arab and Muslim states are all turning collectively blind, even when reports surface of Israel participating in the bombing campaign. In fact, except for Russia – no country seems to mind what is taking place, even though the disasters which all the recent interventions of the AngloZionists are clear for all to see.

There is, of course, a major difference between the junta in the Ukraine and the junta in Yemen: the Ukrainian junta is formed oligarchs and nationalist neo-Nazis with full support from the Zionists, the Vatican, Uncle Sam and the “new Europe” whereas the Yemenis are only supported by Iran. This is the simple logic here: Nazi=good, Zionist=good, Papist=good, Wahabi=good, Orthodox=bad, Shia=bad.

The one good thing from that unrepentant, “in your face” kind of hypocrisy and double-standards is that the charade about human rights, democracy, justice, self-determination, international law, etc is dead and buried and all that is left is the ugly face of raw violence and the law of the jungle. I applaud that as I prefer an evil which shows its face to one which pretends to be kind. I also applaud every time I see the KSA and Israel working together hand in hand, like the two ugly twin brothers that they really are. Wahabism and Zionism are a match made in hell, and when you add Ukrainian nationalism in its Banderite expression you have a perfect mix of evils. Again, this a good thing as it shows that Nazis can be allied to Jews, Zionists to Nazis, Wahabis to both Jewish and Nazi infidels, etc. Finally the ugly true face of the Empire is emerging and that shows that its end is also coming closer with every passing day.