Another humiliation of the American military

Despite the slightly dubious source, parts of this I know to be true. This ship was "sunk" by French in war games last week and last year crew of the USS Donald Cook were terrified after a close approach by Russian planes. Putin made reference to this in his interview last week - so this has a ring of truth to it.

How many of the brave sailors of the USS Theodore Roosevelt will feel the need to resign from service or to consult a shrink? These people think they are going to fight a war? 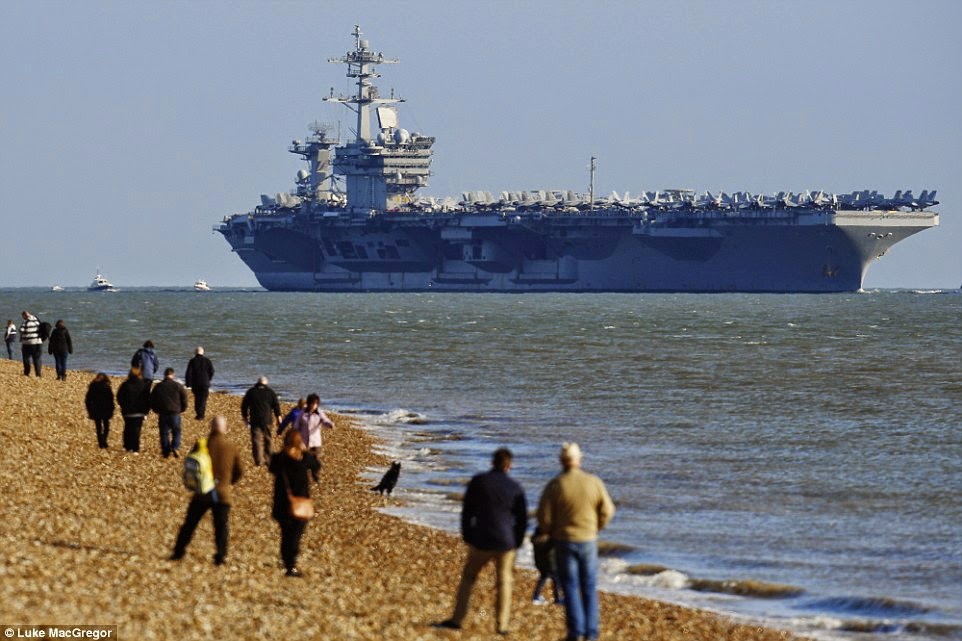 The Naval Surface Forces (NSF) of the Ministry of Defense (MoD) are reporting today that three nuclear-powered Akula-class submarines belonging to the 24th Submarine Division of the Northern Fleet (NF) successfully “war-gamed” the American aircraft carrier USS Theodore Roosevelt [photo 1st right] causing it to “flee in terror” towards the waters off the Hampshire coast in the United Kingdom.

Within hours of the NSF reporting this critical incident, it’s interesting to note, British press sources confirmed that this US Navy behemoth of “100,000 tons of firepower” did indeed dock off Stokes Bay in Gosport stunning the thousands of spectators who jammed roads and lined the banks of the River Solent to see it, but which they, also, described as a port call, though none had been scheduled.

According to this NSF report, the USS Theodore Roosevelt, and its combat escort ships, had been detected on a course towards the operating zone of the Northern Fleet which President Putin had put on full combat alert last week in response to a “State of War” threat detected from the United Kingdom…a threat, the MoD adds to this report, was, likewise, in response to the Federations “Shock of March” battle plan revealed on 4 February.

As Russia had warned its citizens last week to prepare for nuclear war, and Moscow’s bomb shelters began to fill in response to the dire first-strike nuclear attack being planned by the US, and nearly all of the Federations military forces being on full combat alert across all 9 time zones, this report further notes, the approach of the USS Theodore Roosevelt towards the Baltic Sea made it a “legitimate” target.

To how this US aircraft carrier was “disabled” by the Northern Fleet’s attack submarines, this report says, was due to the Federations successful implementation of “magrav technology” weapons which had previously been used against American warships, and had “disabled” them too.

In fact, NSF experts in this report state, it was only a few weeks ago that the USS Theodore Roosevelt was “sunk” by a French submarine using “magrav technology” off the coast of Florida during a war game wherein the Americans were testing their countermeasures against this revolutionary new weapon prior to their ships deployment to confront Northern Fleet forces.

The necessity of the US Navy to develop countermeasures against “magrav technology”, this report says, was clearly shown to them last year after Federation air forces completely disabled the feared AEGIS destroyer USS Donald Cook in the Black Sea. So demoralizing was this attack against the USS Donald Cook, when it limped into a Romanian port for repairs, all 27 of its officers put in for reassignment and/or retirement.

“Magrav technology”, its import to note, was conceived by the Iranian-born nuclear engineer Mehran Keshe [photo below], but whose works are banned from public use in the United States under an Executive Order signed by President Obama on 23 April 2012. 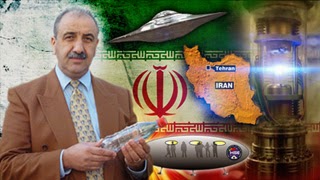 President Obama’s signing of his Executive Order against “magrav technology”, it should be remembered, was due to the Iranian’s using it to down, and then capture one of the United States most secretive and sophisticated drones in December, 2011, and then Iran sharing this new weapon with Syria too.
Immediately upon President Obama banning “magrav technology” in 2012, it should also be noted, Mehran Keshe replied to the American leader in an open letter by stating:

I invite you to a direct presentation of our technology to you and your cabinet, to be given on neutral ground where the president of Iran could also be present and where no one betrays anyone else, so that we can all understand the fundamental change that is about to be brought to mankind. Then let us talk about genuine world peace.

As I said in my Sunday interview in Los Angeles, let us convert the military factories of the US to provide resources for a US space organization, so that the tools of war become the craft of universal peace.

The aircraft carriers of the US will become nothing but floating bathtubs if our Magravs technology is used effectively, and the runways full of F16s and 18s and so on will be nothing but runway museums of iron birds, as these craft will not be able to fly if their electronic systems are once touched by Magravs space technology. These crafts and battleships would have to be rewired from A to Z before they could ever operate again.

Please sign a decree for genuine peace and not a gagging order for science and technology, which your people understand fully what we have developed as they try to protect the pride of your nation.

This is not a question of the pride of one group or country, but pride for all of us in the advancement of the human race to new levels of understanding of the universal order of creation, in which we each have our place.

Your Ambassador and Consul in Belgium have direct access to me from our previous talks and correspondence with them and would pass on any communication.

With kindest regards from a peace loving man who has developed this powerful technology for the good of mankind.”

Sadly, as this NSF concludes, it has cost the Obama the humiliating defeat of two of its most powerful warships since his banning of “magrav technology” in 2012, with the total disablement of the USS Donald Cook last year, the war game “sinking” of the USS Theodore Roosevelt a few weeks ago, and now, today, this same aircraft carrier floating disabled off the UK coast, to realize the truth of Mehran Keshe’s warning him that “the aircraft carriers of the US will become nothing but floating bathtubs”.

And though not stated in this report…one need look no further than it to come to a full and complete understanding of why Obama is furiously attempting to negotiate with Iran, while at the same time trying to keep his military forces from igniting World War III in order to destroy those nations who have begun using “magrav technology” weapons against them….like Russia and Iran…and (of course) the French submarine communications centre that’s already being targeted by US drones

To read more about the background to this, see the following

What frightened the USS Donald Cook so much in the Black Sea? 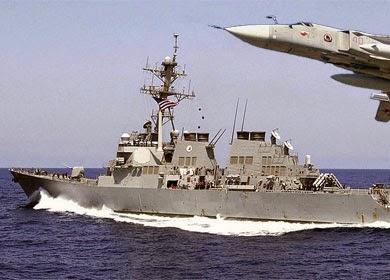 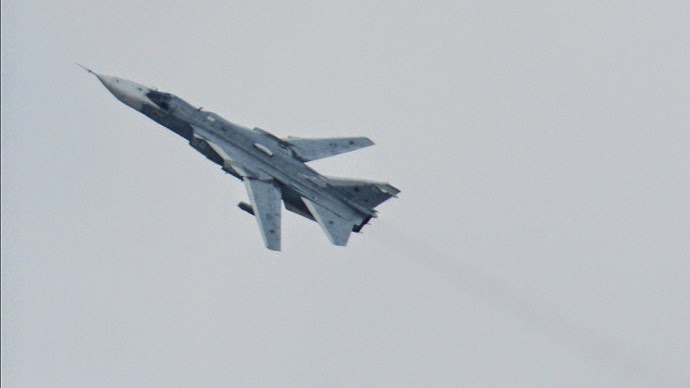 AEGIS Fail in Black SEA, Ruskies Burn Down USS Donald “Duck”
After the incident, the foreign media reported that “Donald Cook” was rushed into a port in Romania. There all the 27 members of the crew filed a letter of resignation. It seems that all 27 people have written that they are not going to risk their lives

Posted by seemorerocks at 21:10