Iran 'fends off new Stuxnet cyber attack'
A power plant and other industries in southern Iran have been targeted by the Stuxnet computer worm, an Iranian civil defence official says. 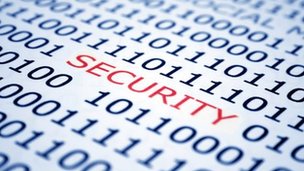 But the cyber attack has been successfully rebuffed and prevented from spreading, Iranian media report.

Iran's nuclear enrichment efforts were hit hard in 2010 by the Stuxnet worm, which was also blamed for problems at industrial plants and factories.

Tehran accused Israel and the US of planting the malware.

"The Bandar Abbas electricity supply company has come under cyber attack," he told a news conference. "But we were able to prevent its expansion owing to our timely measures and the co-operation of skilled hackers."


The Bandar Abbas plant, on Iran's southern coast in the Strait of Hormuz, is said to supply power to neighbouring provinces as well as Hormozgan.

Iran has regularly claimed success in defeating computer viruses, such as Stuxnet and Flame, which have affected its industries.

In April, a malware attack on Iran's oil ministry and national oil company forced the government to disconnect key oil facilities, including the Kharg Island oil terminal that handles most of Tehran's exports.

Late last year, Iran said some of its computer systems were infected by the Duqu spyware which was believed to have been designed to steal data to help launch further cyber attacks.

The attacks have affected its energy exports as well as its controversial uranium enrichment programme, which Western countries suspect is aimed at constructing nuclear weapons. Tehran insists it is solely for peaceful purposes.


The biggest cyber attack so far was from the Stuxnet worm, believed to be the first known virus specifically targeted at infrastructure such as power stations.

In 2010, Iran accused the West of trying to disrupt its nuclear facilities with the Stuxnet worm.

Researchers estimated that five industrial processing organisations in Iran were hit repeatedly between June 2009 and April 2010 by the worm which they believed had been created by a "nation state" in the West.

Iran said centrifuges used in uranium enrichment had been sabotaged and the UN nuclear watchdog said the enrichment programme had been temporarily brought to a halt.

Reports suggested that the worm had infected the personal computers of staff at Iran's first nuclear power station at Bushehr.

In September this year, Israeli Prime Minister Benjamin Netanyahu told the United Nations General Assembly that time was running out to stop Tehran having enough enriched uranium to build a nuclear bomb.

US President Barack Obama has said the US will do "what we must" to stop Iran acquiring nuclear weapons.

No Real Evidence for Rebel Allegations

Israeli Vice Premier Moshe Ya’alon, seen as one of a handful of front-runners for the Defense Ministry post after the January election, has added more doubts to the Syrian rebels’ claims of the regime using “poison gas,” saying there was no “confirmation or proof” for the allegation.

“The opposition has an interest in drawing in international military intervention,” Ya’alon added. The US has also said they doubt the rebels’ claims were authentic, noting several inconsistencies in the story.

The Syrian opposition claimed the attack was in Homs and that six rebel fighters had died after inhaling “poison gas” on the front line. Ya’alon said that from the photos released “it could be other things,” but did not elaborate.

The Assad government has repeatedly ruled out using chemical or biological weapons for its internal fighting, saying those weapons are exclusively meant as a foil against foreign invasion. The Obama Administration’s repeated threats to attack if such weapons were used, however, has added a great deal of incentive into the rebels selling that narrative.

Claims Factions Aimed at Covering for Losses in Region

In a statement released today on Syrian state media, the Syrian Army general command claimed that rebel forces have attacked several towns in Hama Province in recent days and accused them of massacre civilians in some of them
.

The army statement was light on details but attributed the incidents to rebel “losses” in the area, claiming that the groups were desperate to make up for their losses by capturing the towns, and had turned on the residents.
It isn’t clear what losses the statement is referring to, but the rebels do appear to have moved against towns like Maan and al-Tleisia with Alawite populations, accusing those towns of housing the army and hindering rebel advances against the highway, which would give them access to a supply route through Turkey.


Though the province is majority Sunni and home to several rebel factions, Hama is also home to a number of Alawite and Christian villages and towns, and rebels have argued that many of those will have to be conquered to prevent the populations aiding the regime.