Homelessness among US veterans

Number of Homeless Iraq, Afghan Vets Doubles
The number of Iraq and Afghanistan veterans who are homeless or at risk of losing a roof over their heads has more than doubled in the past two years, according to government data. 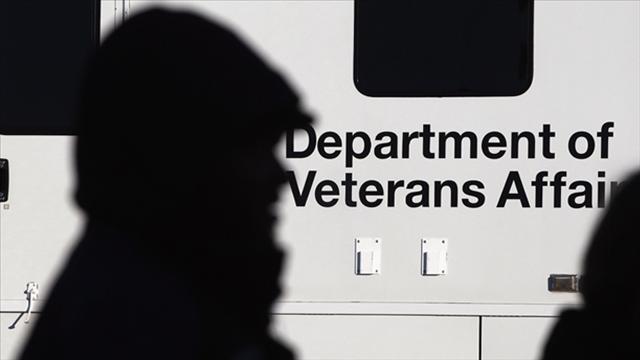 
Through the end of September, 26,531 of them were living on the streets, at risk of losing their homes, staying in temporary housing or receiving federal vouchers to pay rent, the Department of Veterans Affairs reports.

That's up from 10,500 in 2010. The VA says the numbers could be higher because they include only the homeless the department is aware of.

The increase arrives as President Obama's goal of ending homelessness for all veterans is showing some results.

The VA attributes the increase partly to more aggressive efforts to identify and assist this younger generation of veteran.

The department says effects of the two wars on them, such as post-traumatic stress disorder, and a slow economic recovery have contributed to their homelessness.

The issue is particularly acute as the military continues to draw down its ranks. About 307,000 are likely to leave the military each of the next four years.

The VA insists it will meet the goal, particularly with a program instituted in 2011 that provides community non-profit groups with cash to help keep troubled veterans in housing or get them off the streets. Expenses can cover housing costs, health care, child care, transportation and training.

Anne Murphy, a Salvation Army program director in Los Angeles, says she's helped an Army veteran of multiple combat tours who was living out of a car with his family of six to get into a hotel, and the program will allow her to help get the family a permanent place to live.

Iraq and Afghanistan vets are different from other veterans, she says.

"They're younger, much more savvy and they don't necessarily like to ask for help," Murphy says. "But there are a lot of them out there."

Funding for the new program, known as the Supportive Services for Veterans Families, has grown from $60 million in 2011 to $100 million this year and $300 million next year - or about a $5,000 investment for every homeless veteran.

Vincent Kane, director of the VA's National Center on Homelessness Among Veterans, says the program, operating through 151 community organizations in nearly every state, has had a marked effect.

About 22,000 veterans were assisted last year, most after the 2012 one-night count was done in February. They included 14,000 who were homeless and 3,035 who served in Iraq and Afghanistan, Kane says.

"We believe this (Supportive Services) resource and partnership with our community providers is really going to help drive us to the goal of ending all (veteran) homelessness by the end of 2015," Kane says.

Randy Brown, a spokesman for the National Coalition for Homeless Veterans, says the group would like nothing better than to be driven out of business and is encouraged by the VA's efforts.

Making a transition to civilian life - readjusting to family, getting a job or education - after multiple combat tours may not come easily and could have delayed consequences. "And that's something we're looking at," he says.