I'm not surprised that New Zealand's media should choose to suppress this bit of news.

(* Please note this was on after the 8 am news on Radio NZ, but was NOT included in the main news or (as of now), the RNZ website)

Tim Grosser, our climate change negotiator anounces with pride that no legally-binding agreement is “rock-solid” as they all “contain abrogation clauses” - besides which, we are just following the example of one of the world's greatest polluters, Canada.

On that basis why any government would want to enter an agreement with New Zealand eludes me.

This government cannot be trusted.

Whilst Kyoto was never going to do anything to reduce world's emissions this marks a point-of-departure for this government.

While finally Australia is moving to reduce emissions, NZ's greenhouse emissions have gone up hugely from 1990 levels, and this government has freed itself to further increase emissions.

It is also a fine kick in the teeth to our Pacific neighbours, who will be some of the first victims of runaway climate change 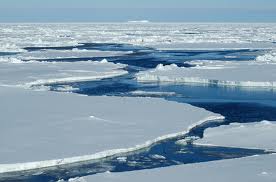 Today marks the last day that New Zealand is tied to any formal commitment to cut greenhouse gas emissions under the Kyoto Protocol.


Other stories on this subject:


Government 'turns its back' on Kyoto commitment


Carbon price fall could force some farmers off land

Posted by seemorerocks at 09:41