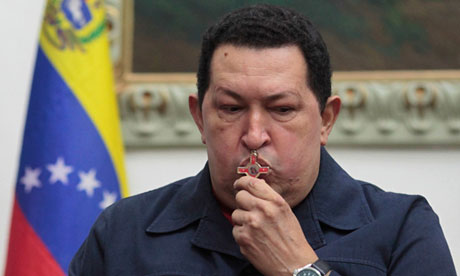 Maduro expressed faith that Chávez's "immense will to live and the care of the best medical specialists will help our president successfully fight this new battle." He concluded his message saying: "Long live Chávez."
Posted by seemorerocks at 17:53